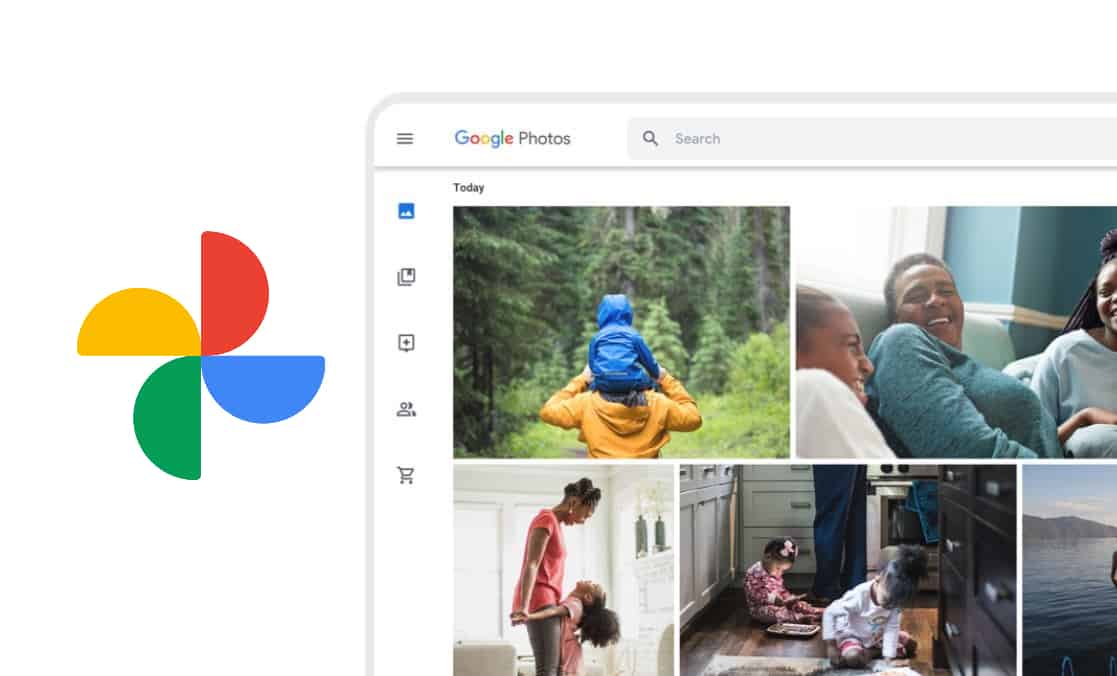 Google Photos announced in 2020, that it will be ending support for unlimited storage of high-quality images for their users. Which really did annoy a lot of Google Photos users, as that was one of the best features of the service. The ability to upload as many photos as you want, without worrying about a storage quota.

But that is ending. On June 1, 2021, Google Photos unlimited storage will be a thing of the past. And we are here to tell you everything you need to know about it, as well as what your options are for switching to another service.

What is Google Photos unlimited storage?

When Google launched its Photos service in 2015, it had one main feature that really pulled in everyone. And that was unlimited storage.

Google Photos allowed everyone – Android, iOS, or any platform – to upload unlimited photos in “high quality” format. This basically downsized your photos to about 16MP. Still a really good looking picture, but a smaller file size making it easier for Google to keep it on its servers. It would also downsize videos to 1080p.

This was a great feature for users, as they could take many photos and keep them in the cloud, and not worry about filling up their storage on their smartphones. In fact, Google even did a few ads showcasing this, particularly on iPhones. Which are prone to filling up very easily, especially with photos and videos.

Google even added support for unlimited original quality uploads for some specific phones. Like Pixels, and some Motorola phones. Which was a really nice perk to have for users that take a lot of photos. But if you did not have one of those phones that had unlimited original photos storage available, then you were stuck with the 15GB of storage. Which is actually split across Google Drive, Gmail and Photos.

Over the years, Google has added more and more features to Photos, making it almost impossible to switch to another service. And that is likely why they are looking to kill off the unlimited storage feature. Of course, Google is used to killing things off.

What is changing and why?

Starting on June 1, 2021, all users will be limited to the amount of storage on their Google One account. That will be 15GB by default, but you can also upgrade for more. And if you’ve had your Google account for a while, you may have also gained a few extra gigs from different security challenges that Google used to do.

A big reason for this is because of costs. Google says that there are 28 billion photos and videos uploaded every week. It already has around 4 trillion photos and videos already uploaded on its servers. Of course, this storage isn’t free, even though Google did offer it for free. But we know that there is no such thing as a free lunch, so someone has to cover the costs. And that’s Google.

Given the fact that there are over a billion people using Google Photos, that storage capacity is running really thin. Some would argue that Google could put ads in the Photos app to offset the costs, but others wouldn’t want to see ads in that app. And that could be why Google is opting to charge users instead of using ads to offset the costs.

However, Google did also just rake in a record revenue last quarter of $55 billion, so they definitely have the money to spend on storage for Google Photos. But this is the latest move Google has made to stop relying on ad revenues for its business model.

Google does say that for 80% of Photos users, they won’t run out of space for nearly three years after this change takes effect on June 1, 2021. Users can still upload images at high-quality until June 1, before it uses your storage quota, which is important here.

For years, Google Docs did not take up space on your Google Drive. But that is also changing on June 1, 2021. That’s not as big of a deal as photos losing unlimited storage. Since most documents are measured in kilobytes, versus the megabytes that photos are usually stored in. But it’s still a big deal. And might be a reason to switch to Microsoft Office 365.

Will this affect Pixel owners?

One of the selling points of the Google Pixel smartphones, was the ability to upload unlimited original photos to Google Photos for at least three years. Google says that this won’t change on June 1, 2021.

So this won’t really affect Pixel owners much. But it does negate one of the biggest reasons to buy a Pixel device in the future.

Can I upgrade to more storage?

You can upgrade your Google One account to get more storage. Google does offer a few different plans that you can upgrade to, starting at $1.99 per month for 100GB. You can check out more about Google One Storage here.

We believe that the 2TB plan is actually the best option, for $9.99 per month. This gives you a ton of storage, but you also can share it with your family. You also get access to the Google VPN, which is great for those that travel a lot or work in coffee shops quite often.

Plans range from 100GB to 30TB. And we’ll likely see more plans come out in the coming years, as people move onto bigger plans for their storage needs. The prices are very competitive and cheaper in most instances than Dropbox, Box and even OneDrive.

Will Google offer tools to clean up my Photos library and remove blurry photos?

Google has said that it plans to offer tools that will help you clean up your Photos library. This includes removing blurry photos, screenshots, duplicate photos and such. Things that you likely don’t need.

This wasn’t already available (at least not as robust as it will be) before because storage was unlimited. So it was okay to upload a bunch of duplicates. But with storage now being limited to your storage quota, it’s a big deal to conserve your storage as much as possible.

How long before I use up my existing storage?

You can see an estimate of how long before you use up your entire storage by clicking here.

This is based on how much storage you have used already, and how often you back up content to Google One. For me, on the 2TB account, it says that it will take more than four years before I need to upgrade.

What alternatives are available for storing photos?

Here are some great alternatives to Google Photos, that you can use to store your photos. Now that Google Photos is losing its unlimited storage option. Some of these are free, and some do charge you for additional storage.

Flickr is a natural option here, as it was built as a photos storage platform, many many years ago. It offers free storage for up to 1TB of photos and video. And it does not downsize your photos either, which may matter for some people.

Flickr is also quite unique, as you can search for photos by camera, and not just within your own library, but other people’s library too.

OneDrive is basically just a file storage platform, but you can also store your photos there. And it can also automatically back up your photos.

So pricing is pretty good here, but there are very few photo features actually available with OneDrive, because it is a file storage platform.

Dropbox is another one that is actually a file storage platform, but it also has a feature to do automatic camera uploads (though it is restricted on the free account). On Dropbox’s free account, you can get 2GB of storage. Which is pretty paltry in comparison to other competitors. But for $9.99 per month, you can get 2TB of storage. Or get a family plan for $16.99 per month for 2TB that you can share with four people.

If you need even more storage, there is the business plans, like “Professional” that gives you 3TB of storage for $16.58 per month.

Like with OneDrive, there are very few photo features available in Dropbox. There is a dedicated folder for camera uploads though, so you can keep all of your photos in one area of your Dropbox space, which can be super useful.

Like most apps, you can download the Amazon Photos app and have it automatically back up all of your photos.

And if you are an Alexa or Echo user, you can use your Amazon Photos albums as screensavers on your Fire TV, or Echo Show devices. Which is a nice touch too. Amazon also makes it super easy to share photos and videos with friends and family.

Should I stick with Google Photos?

This is a question that we here at AndroidHeadlines have been asking ourselves since the announcement in November 2020. Since we use Google Photos quite a bit, especially on new smartphones that we are reviewing. But the answer we’ve come to is, yes.

While there are some other better options out there for storage of photos, what makes Google Photos so superior is the features. Google Photos has a bunch of really impressive editing features available. So you can turn any photo into a portrait photo, even if it was not shot in portrait mode. Google also has the many different animations that you can apply pretty seamlessly. Making GIFs, monochrome photos and more.

These features are hard to compete with, when you talk about their competitors. On top of that, Google Photos is already pre-installed on every Android smartphone, making it easier to use, without needing to install another app.

While it sucks that Google is ripping the carpet out from underneath its users now that we all know how important Photos is and we rely on it. It is still the best option out there for most people. And most of us will likely stick with Google Photos even after this change on June 1, 2021.

The post Google Photos Storage: Everything You Need To Know About Google Ending Unlimited Storage appeared first on Android Headlines.

LaptrinhX
—
Google Photos Storage: Everything You Need To Know About Google Ending Unlimited Storage
Share this