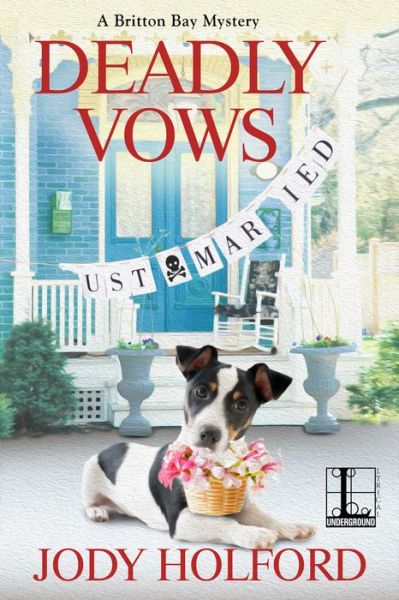 Inside the shop was quiet. A couple of older ladies were chatting over large mugs of coffee and cinnamon buns at a table near the window. Bella was behind the counter, her hair tucked up in a high bun, her dark apron dusted with flour.

She glanced over and gave Molly about half the smile she gave most. “Morning, Molly.”

“Good morning. It’s quiet in here,” Molly remarked. Bella was well-known by locals and tourists alike for her delicious treats.

“You just missed the rush actually. I think a lot of tourists are heading home so there was an early morning crowd.”

Molly looked at the display case to see what was available. “You can’t blame them for wanting one last taste.” Her mouth watered.

Bella’s smile morphed into the real thing. Molly was taking it one step at a time, trying to regain Bella’s trust after mistakenly accusing the baker’s boyfriend of foul play earlier in the summer.

She wiped her hands on her apron. “Thank you. What can I get you?”

If she thought too hard about it, she’d change her mind a dozen times. “I’ll have a lemon blueberry scone and six chocolate chip muffins.”

Molly nodded her head toward the door where Hannah could be seen through the glass playing with the pup. “Might as well treat the staff.”

“Good call.” Bella got a box for Molly’s order and slid open the case. “So, how’s the B and B? The wedding is this weekend, right?”

News moved through Britton Bay quicker than Tigger gobbled his food. The wedding was worthy of big-time gossip among the locals since the mother of the bride had grown up in the converted Victorian. The childhood connection had warmed Katherine’s heart, making her agree to host the entire wedding party in the six rooms she had available.

Molly leaned on the counter while Bella grabbed the muffins. “It is. They started arriving this morning. Loudly.”

Bella taped the box shut and glanced at Molly, one eyebrow arched. “Uh-oh. My mom went to school with the bride’s mom. Said she was quite the diva. Of course, she could have just been trying to make me feel better after Katherine called me about the catering.”

Bagging up the scone and passing it over, Bella rang up the order. Molly tried to think of a polite way to quell her curiosity as she tapped in her PIN.

“What happened with the catering?” There was no polite way to be nosy.

The baker huffed out a breath and pushed a strand of hair off her forehead with the back of her hand. “You know I normally supply Katherine’s baked goods and she’d explained to the mother of the bride that breakfasts were included, but she insisted that they wanted their own caterer even for the days before the wedding.”

Molly accepted the bag from Bella after tucking her bank card away. “Hmm. They do strike me as the types to be quite particular.”

When a timer dinged, Bella glanced toward the door of the kitchen, then back at Molly. “I’ll say. Apparently the caterer won some big culinary contest and they wanted the wedding party to experience the award-winning delights for all five days.”

Though there was a tinge of irritation in the baker’s voice, she didn’t seem angry about the loss of income. Molly knew, firsthand, that it was in Bella’s nature to forgive and forget. Mostly. Despite her apology for adding Callan, the shake shop owner, and Bella’s guy to her list of suspects who may have wanted her former colleague dead, there was still a certain amount of stiffness to the interactions she had with the baker. Molly’s not so polite nosiness had created potholes in the road to friendship with Bella. Plus, she’d been completely wrong. Molly was still hoping things would feel natural between them since they were close in age and she genuinely liked the baker.

“Well, I don’t care if she was given an award by Gordon Ramsey himself, there’s no way whatever caterer they’re bringing could make better muffins or scones than you.”

Bella smiled, all traces of tension vanishing from the woman’s features. Her dark brown eyes showed a mixture of affection and appreciation, making Molly grateful she kept trying to iron things out.

“Thanks. I better go or the next batch of scones will be anything but award worthy.”

Molly waved and went back out to greet Hannah and her Tigger. The dog jumped and yipped with unadulterated glee and Molly laughed, trading Hannah the leash for the box of muffins.

“Mind carrying those?” The Britton Bay Bulletin’s office was on the way to Hannah’s so Molly assumed the girl would walk with her and the dog.

As expected, Hannah took the box and fell into step beside her.

“So, I was thinking we could do a story about the wedding. Well, the bed-and-breakfast really. We could feature the house, which would give Katherine more exposure right?”

Molly couldn’t hold back the wattage on her smile. Hannah was a bright girl with an excellent talent for storytelling. She interned at the paper in between classes during the school year, but had been working close to full time all summer. As usual, her idea was bright and fun and relevant. Something the newspaper had been missing when Molly arrived in town.

“It absolutely would and I agree, there’s a ton we could do surrounding the wedding. It’s important to have stories that pique interest,” Molly agreed as she thought about what Bella said.

As they neared the office, she added, “And I’m pretty sure there’s plenty of people interested in seeing how this wedding plays out.”