It’s easy to get an impression of the way robots are changing our daily lives: simply think of the self-serve pump next time you stop for gas. Such progress was hard to imagine when gas stations began. Now, even residents in rural counties in the U.S. have access to such robots. That’s just one example of how artificial intelligence affects the way we live.

Top tech companies are in a constant race to change the way robotics are implemented in people’s everyday lives – which will lead us to a really exciting future. 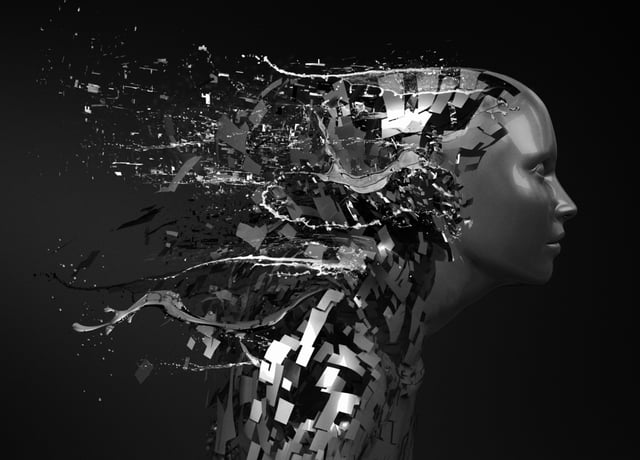 Let’s make few predictions, shall we? Based on the current trends, here are 10 ways we can expect robotics to transform our future.

Artificial technology for predicting and detecting crime might seem far-fetched, but it's quite possible for the future we’re looking at. Drone footage, for instance, will make that happen soon. In addition, automatic recognition of suspicious activities is already a reality for camera-based security systems.

This technology will change society in a very important way: it will allow law enforcement officials to act quickly whenever a suspicious behavior has been spotted.

The line between classrooms and individual learning settings is already starting to blur. As Kendra Roberts, an educational expert from Essays.ScholarAdvisor, explains, “A single teacher does not have the capacity to meet the needs of personalized learning for every single student in the classroom. Computer-based learning is already changing things in that matter. It’s not replacing the teacher, but it enables students to learn at their own pace.”

Robots will boost the process of personalized learning. NAO, the humanoid robot, is already forming bonds with students from around the world. It comes with important senses of natural interaction, including moving, listening, speaking, and connecting.

Cloud-connected home robots are already becoming part of our lives. We can set up the vacuum cleaner to do the chore for us, and we can schedule a warm home-cooked meal to be ready by the time we’re finished with work. Multi-function robotic cookers are able to fry, steam, bake, slow cook, and perform any other action without our intervention. We just set them up.

These cloud-connected robots are likely to evolve into more advanced version. We expect to see speech comprehension and increased interactions with humans in the upcoming years. These developments may end up changing the entire look and feel of our homes!

Robots will have a profound effect on the workplace of the future. They'll become capable of taking on multiple roles in an organization, so it’s time for us to start thinking about the way we’ll interact with our new coworkers.

The machines will likely evolve more in terms of voice recognition, so we’ll be communicating with them through voice commands. This is how futurist Nikolas Badminton expect things to develop: “You’re probably going to walk into an office and your system’s been churning over the last couple of hours considering what’s been going on in business, your role, your job, what you need to do that day, and probably offer up several ideas about the right direction of what to do.”

Whether we like it or not, robots have already replaced many people in their jobs. The jobs in office administration, logistics, and transport are also at risk of being replaced. Remember autonomous vehicles? Well, we might see them in the form of big trucks on the roads in future.

A study by Ball State University predicted that many occupations are at risk of being automated, including insurance underwriters, telemarketers, and tax-return preparers. To be more precise, robots are expected to take over half of all low-skilled jobs.

6. They create jobs, too

“Robots will take our jobs!” is perhaps the most common fear surrounding robotics development. Yes, technology is changing fast and it does have economic ramifications. Driverless cars, for instance, are highly likely to replace cab drivers in the future.

In the near future, however, artificial intelligence will most likely replace tasks, not jobs. The good news is that it will also create new markets and jobs. We might need additional education and re-training for those jobs, but the opportunities will be there.

Self-driving cars still require some human intervention, but we’re getting closer to the day when they won't. In the past decade, the perception of this technology among the public went from “How is it even possible?” to “Maybe it’s possible...” to “Definitely getting there!”

Waymo, the company that arose from the self-driving car project by Google, no longer has a monopoly on this industry. Instead, every significant automobile producer is pursuing this technology, with Uber being one of the strongest players. The users of this service can now get matched with a self-driving Uber when they request the service, so they can get a glimpse of the future.

Where will this trend take us? As companies continue to invest in this trend, we’ll live to see a different face of public transport by 2020.

We’re looking into a different future for healthcare, too. Instead of visiting a primary care physician who will give us a check-up with a simple stethoscope, we’ll have intelligent robots performing these tasks. They will interact with patients, check on their conditions, and evaluate the need for further appointments.

Pharmabotics will bring more huge changes. They'll be like ATMs for medicines, so we can get the medications we need while avoiding the inconvenience of talking to a stranger about our health issues.

Robots are getting more personalized, interactive, and engaging than ever. With the growth of this industry, virtual reality will enter our homes in the near future. We’ll be able to interact with our home entertainment systems through conversations, and they will respond to our attempts to communicate.

10. Robots will boost our standard of living

We’ve seen this throughout history: automation and mechanization boosts the overall standard of living. We’ve seen it with the Industrial Revolution, and it’s going to happen again. According to estimates from the United Nations, poverty was reduced to a greater extent over the past five decades than in the previous 50. That’s because the global economy grew sevenfold, and technology played a huge part in that progress.

With software automating all kinds of work, we’re looking at a more comfortable future for ourselves. Aren’t you eager to be part of it?

Laura Buckler is a contributor and a marketing specialist who prides herself on her ability to handle unexpected situations. Clarity and promptitude are some of the rules that guide her writing as a freelance article writer. You can follow her on Twitter.

LaptrinhX
—
10 Ways Robotics Could Transform Our Future
Share this