When it was first raced in 1976 at the Six Hours of Silverstone this 1974 BMW CSL was producing almost 800 hp courtesy of a turbocharger, this turned out to be far too much for the gearbox which imploded after 43 laps with legendary Formula 1 driver Ronnie Peterson at the wheel.

The car actually started life as a BMW 3.0 CSi which was converted to 3.2 CSL turbo specification to compete in Group 5. It was initially raced by two Swedish racing legends, Gunnar Nilsson and Ronnie Peterson, with their first entry being the aforementioned 1976 Six Hours of Silverstone on May the 9th. Impressively Peterson drove it to the 2nd fastest time in the first practice session for the event, clearly showing that the car had extraordinary potential.

The car was registered as an experimental vehicle and special attention had been paid to ensuring the chassis was rigid enough to withstand the high power output from its six cylinder 3.2 litre turbocharged engine. 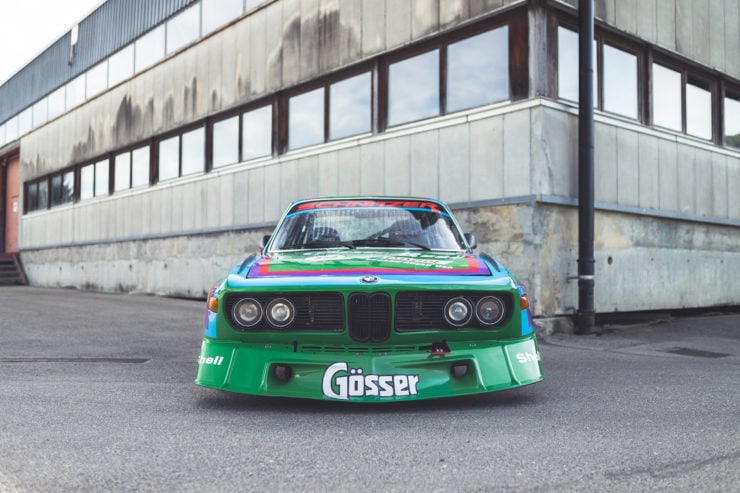 After a new gearbox was fitted the car competed once again in the 1976 Group 5 season at Dijon in France. The highly strung engine and drivetrain needed more development time than it had received, and it was let down in Dijon by a failed turbocharger resulting in one more DNF.

After its final race in France the car was put into storage by Austrian collector and historic racer Wolfgang Schachinger with its engine removed. Decades later the car was purchased by German tuner Niederhof and the car was comprehensively restored to to 3.5 CSL Group 2 configuration with a newly installed 3.5 litre, two-valve fuel-injected engine.

After it had been restored the car was driven by Alexander Ofner in the 2006 season of the Austrian HISTO-CUP wearing the eye-catching livery of the main sponsor – Gösser Beer. In 2009 the car was sold to a new owner in Germany who regularly raced in the DTM/DRM Revival and on the Nürburgring from 2010 to 2013, and the car is now accompanied by an expired FIA Historic Technical Passport from 2011. In order to qualify for a new passport it would require that the FIA-approved components be replaced, such as seats, racing harnesses, and its fuel cell. 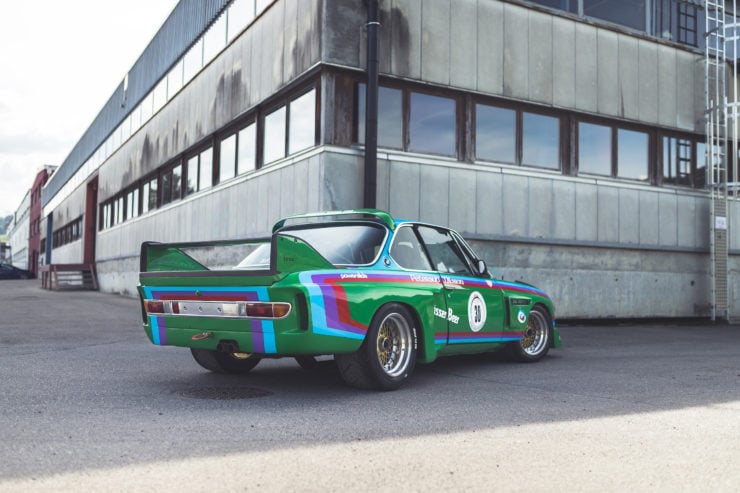 As the car stands today it would make its driver the king of any track day event where it takes part, and its interesting early history will ensure its appeal to collectors. The name “CSL” is legendary in BMW circles, it stands for “Coupé Sport Leichtbau” in German or “Coupé Sport Lightweight” in English, and it was essentially a much higher performance version of the popular CS model.

The BMW E9 CS, CSi, and CSL vehicles have styling that’s been famously compared with sharks, and a special version of the CSL was nicknamed the Batmobile due to its avant-garde styling and high performance capabilities. The E9 vehicles are still viewed as a high-water mark in BMW’s history, and they’ve been steadily increasing in value over the past few years and more enthusiasts discover them.

RM Sotheby’s anticipate that it’ll sell for between €170,000 to €195,000 when it crosses the auction block in June. If you’d like to read more about it or register to bid you can click here to visit the listing. 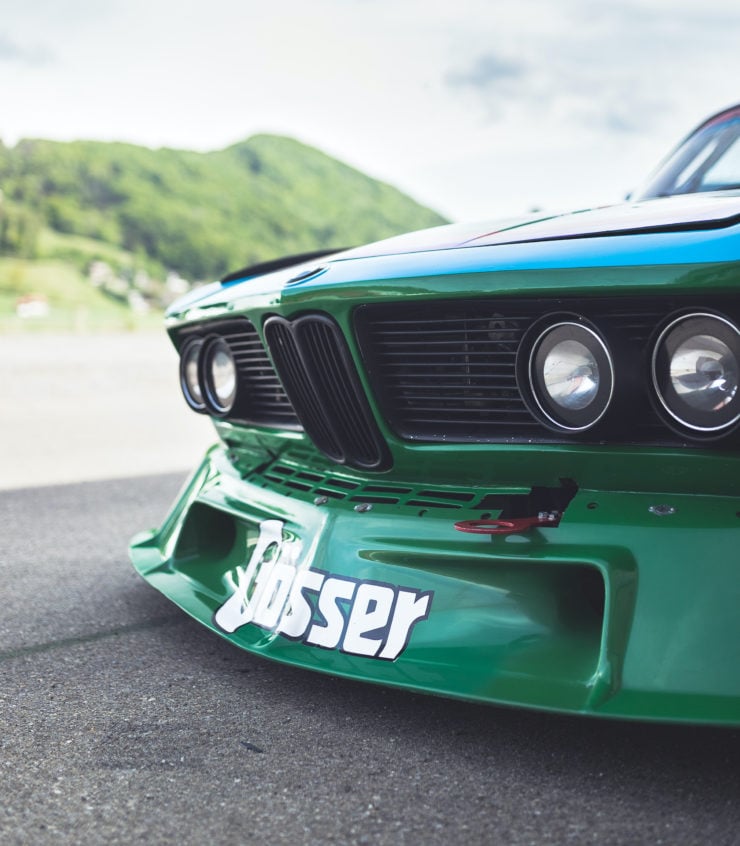 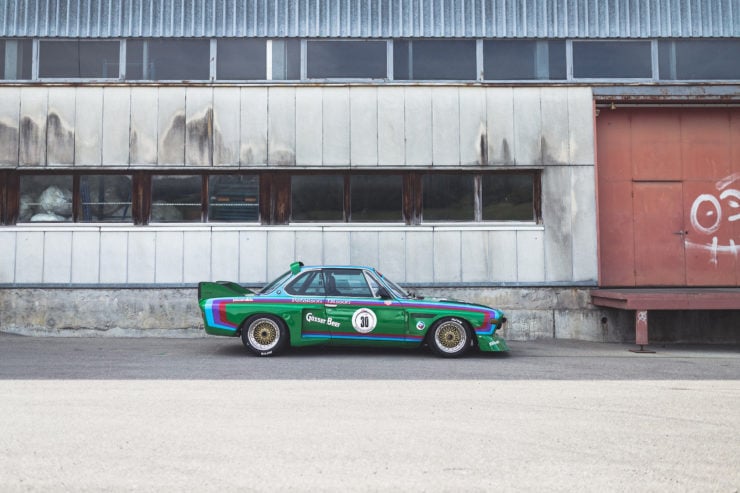 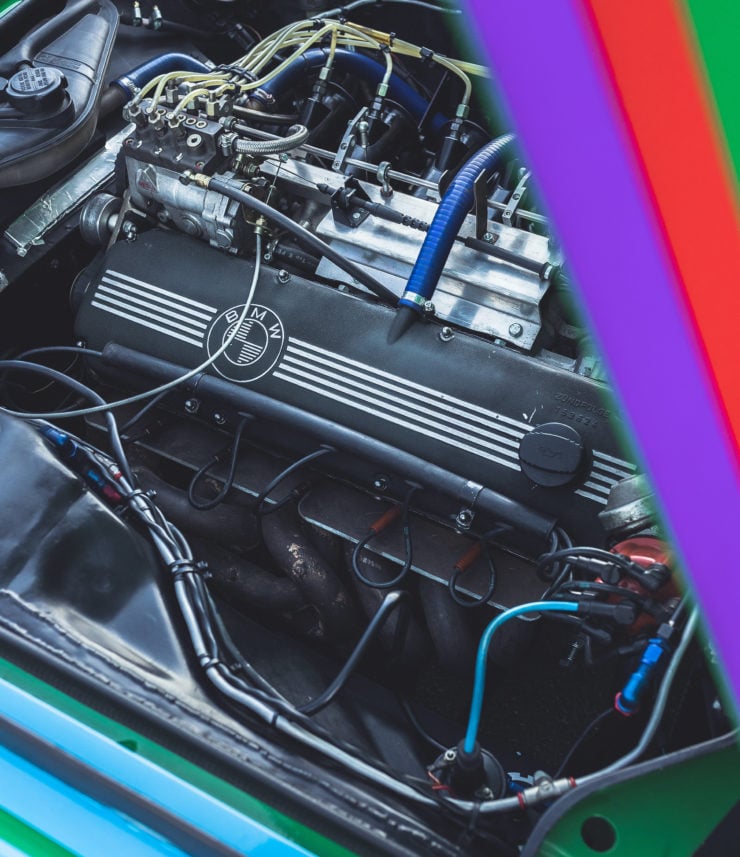 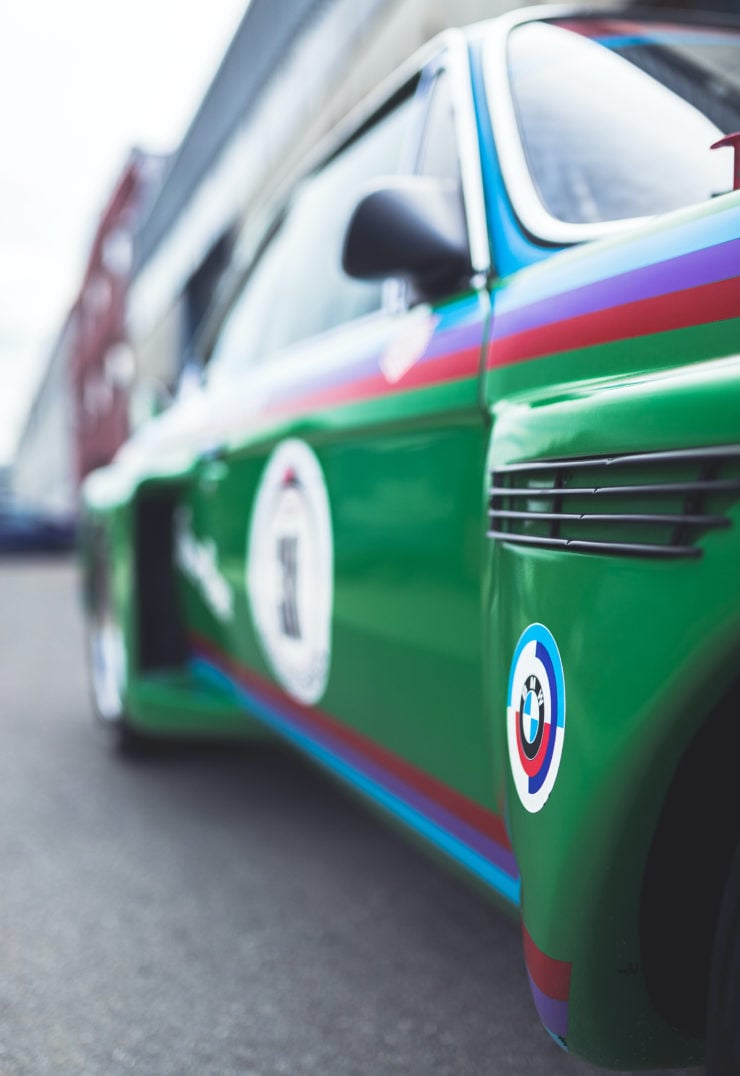 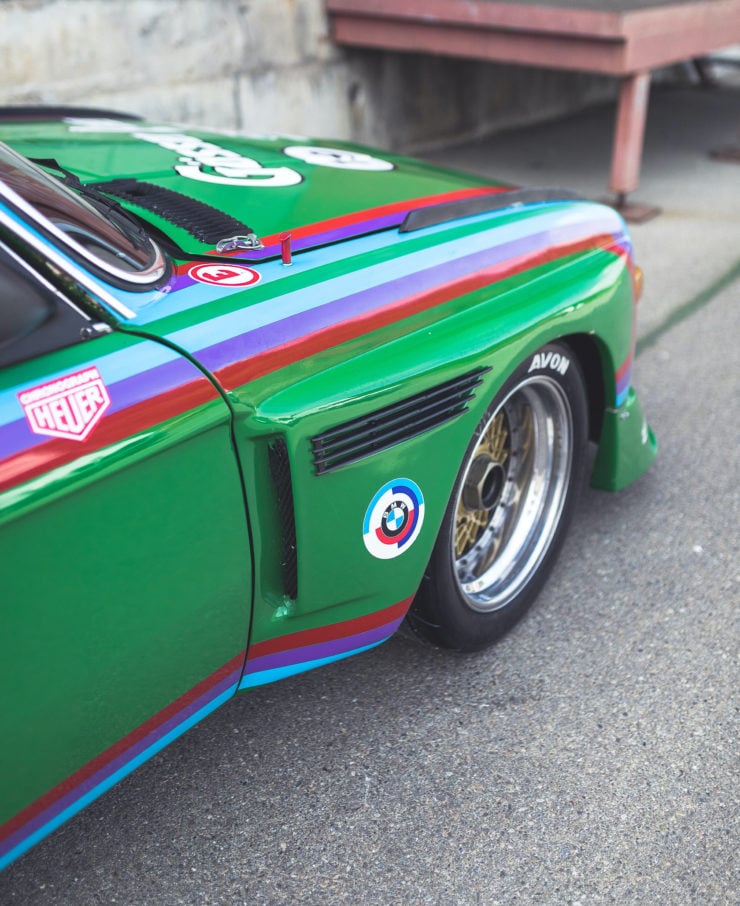 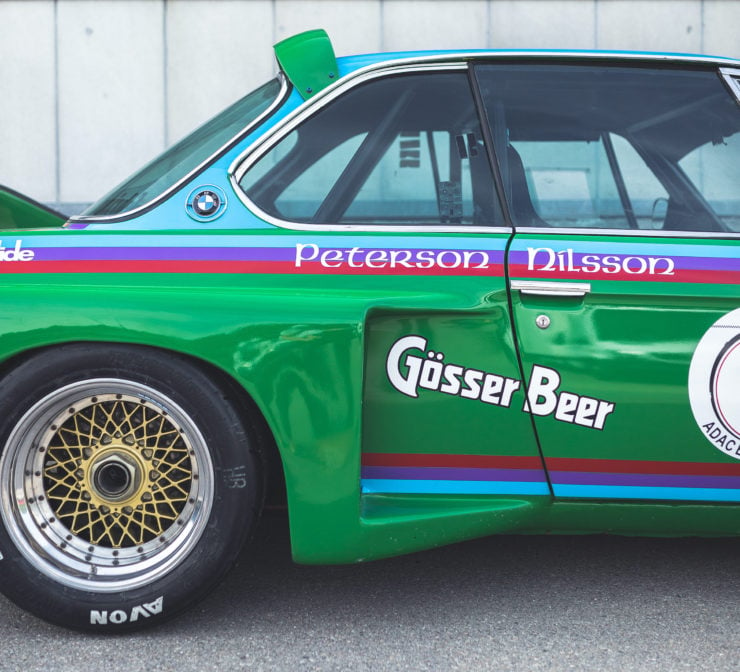 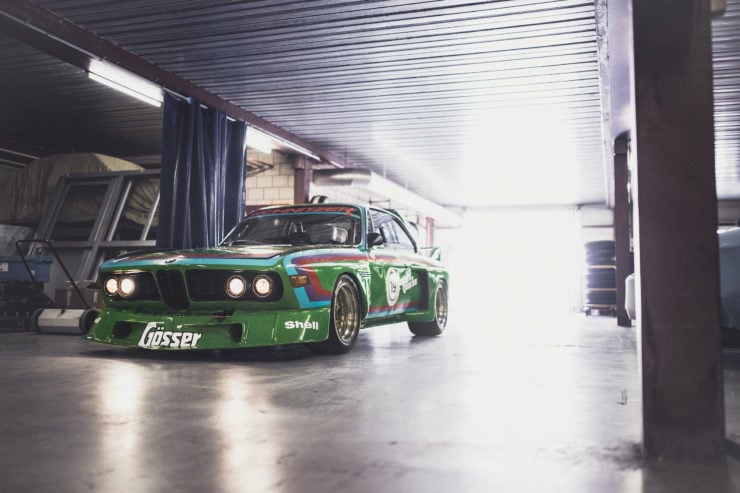 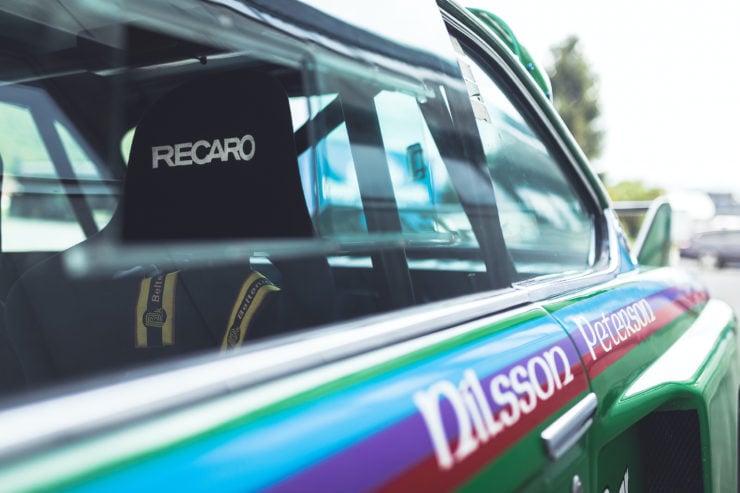 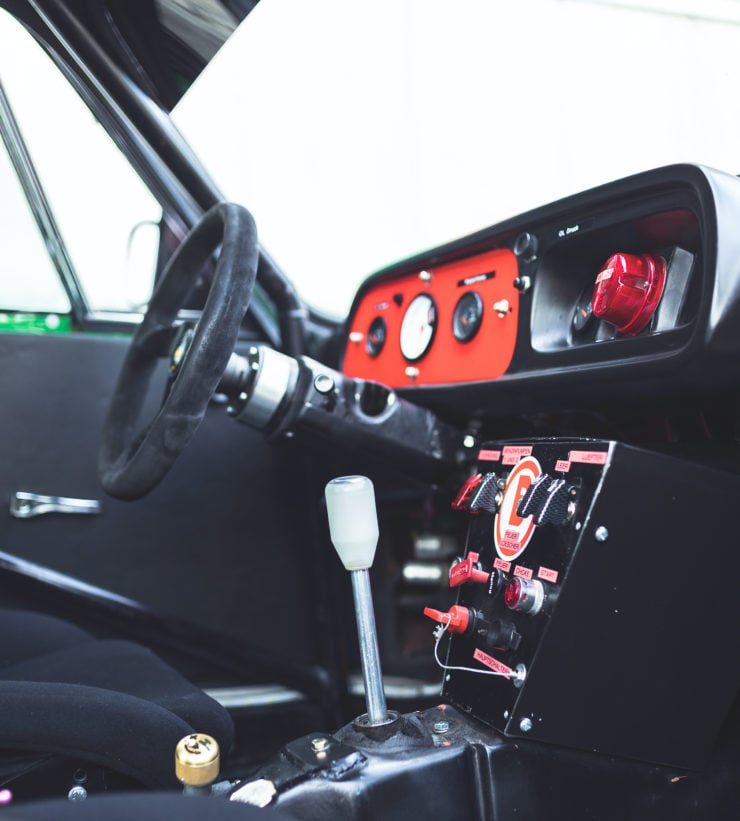 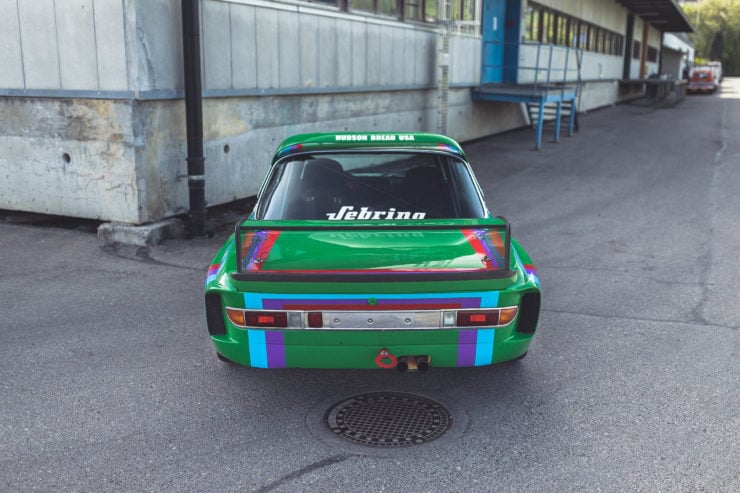 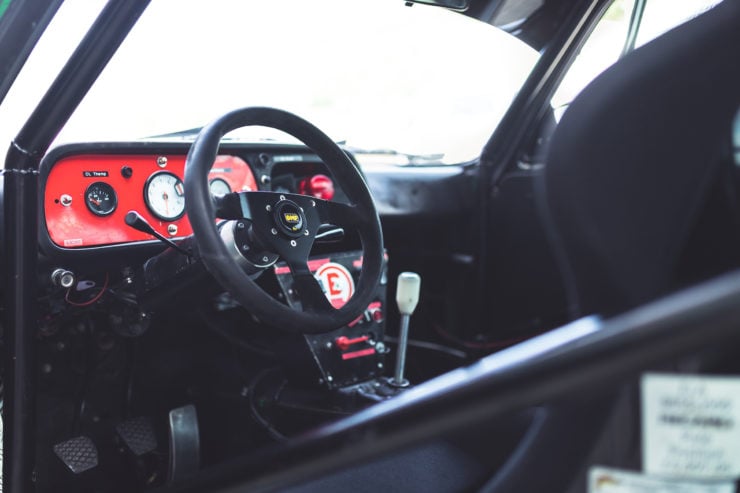 The post This BMW CSL Was An 800HP Experimental Race Car Driven By Ronnie Peterson appeared first on Silodrome.