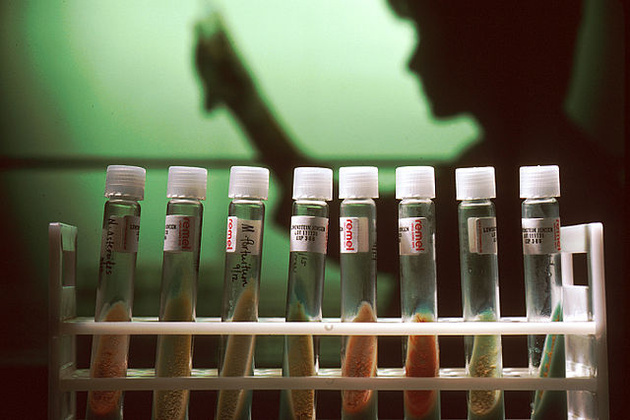 Cue the dystopian prophecies: A personal genetics company was recently awarded a patent for a system that would allow parents-to-be to pick and choose the traits of their unborn child—anything from hair color and height to muscle strength and life expectancy.

The patent describes a method for what's essentially genetic shopping. Couples stipulate the characteristics they're looking for, and the technology computes which matches of sperm and egg from a marketplace of donors would produce the desired outcome. Or, in patent-speak:

The illustrations in the file show a simple checkbox system, but the description of the patent—#854333, “Gamete donor selection based on genetic calculations"—even throws the potential for language-recognition in there:

In some embodiments, the recipient is allowed to form a qualitative query in natural language … For example "I prefer low risk of colorectal cancer and congenital heart defects and I prefer green eyes to other colors. The risks of colorectal cancer and heart defects are equally important to me, and are more important to me than eye color. Who are the most suitable donors in this database, subject to these preferences?"

While it's already common and ethically accepted to screen embryos for hereditary disease before in-vitro fertilization, genetic enhancement is a classic case of the slippery slope. The kind of slippery slope that can lead to the sci-fi depictions of a genetically engineered superior human race, and all the unnatural consequences bound to follow. At what point does screening for disease morph into musing that you've always wanted a green-eyed boy, and why not throw in a sky-high IQ while you're at it?

Customizing babies is scientifically possible, and to some extent is already being done. Pre-implantation genetic diagnosis (PGD) is quietly slipping from spotting medical conditions into letting couples select more cosmetic traits like gender.

With 23andMe’s new patent, the company could theoretically start developing and mass marketing a design-your-own baby service. But—and it’s a big but—the firm swears that's not what it intends to do. In fact, the folks at 23andMe have gone out of their way to erase any fears that they’re in the baby shopping game.

In a blog post yesterday, the company wrote that the system described in the patent, which was filed five years ago, will only be used in conjunction with a tool that lets couples to see some of the traits their kid might inherit, called the Family Traits Inheritance Calculator. "The language of the patent extends beyond the calculator and so we want to be very clear about our technology and our intentions," it wrote, reiterating that its focus in on giving people insights into their own genetic data to help manage their health.

Still it's a lot of trust to put in one private company, which is what's been worrying people as 23andMe continues to patent genetic technologies. Now that it has the ability to market designer babies, how can we be sure it won't use it?

For now, even the slightest hint of eugenics rubs most people the wrong way—in some countries it's even illegal. But the reality is most people already manipulate what their offspring will be like in some form or another. Couples conceiving through IVF can browse a database of egg donors or sperm bank and choose the profile that fits their taste. And the rest of us have been sizing up who we choose to mate with in the hopes of producing a superior offspring for centuries—the good old-fashioned Darwinian way.

LaptrinhX
—
The Technology for Designer Babies Was Just Patented, But Will It Be Used?
Share this