The toolkit also contains an AWS Explorer tool window that can help you manage some of your most common developer resources, like Amazon S3 buckets and Amazon DynamoDB tables. 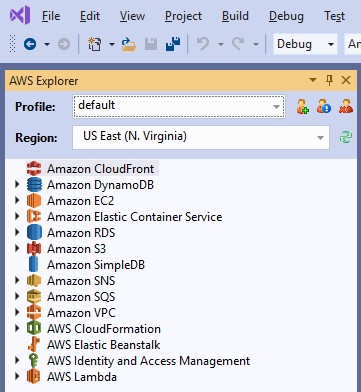 We have also had a couple recent releases for .NET Core Lambda support that was only available to our .NET Core Global Tool, Amazon.Lambda.Tools. With the new release of the AWS Toolkit for Visual Studio you can now take advantage of these new features within Visual Studio.

Support for using custom .NET Core runtimes with Lambda was released recently. This provides the ability to use any version of .NET Core in Lambda, such as .NET Core 2.2 or .NET Core 3.0 preview. Now that support has been added to the AWS Toolkit for Visual Studio.

You can create a Lambda project using .NET Core 2.2 by selecting the Custom Runtime Function blueprint. To use .NET Core 3.0 preview, just update the target framework of the project in the project properties. 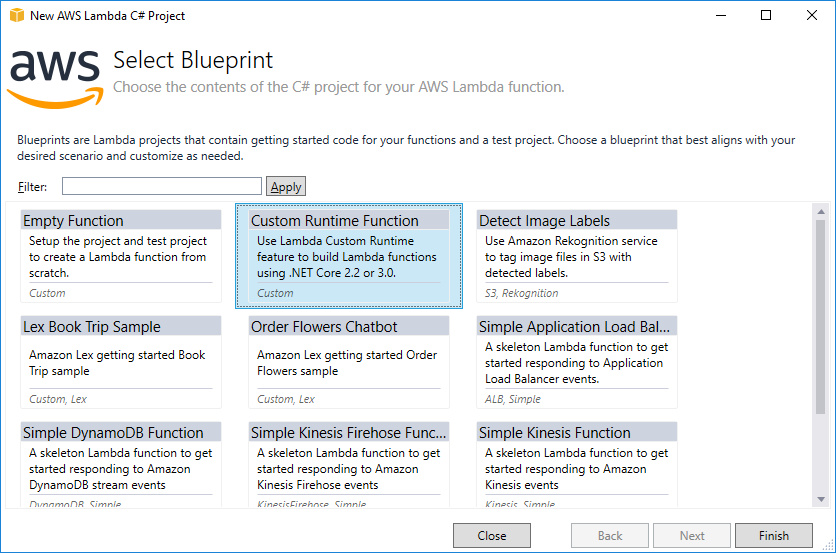 When you right-click the project and choose Publish to AWS, as you would for any other Lambda project, you might notice some differences. 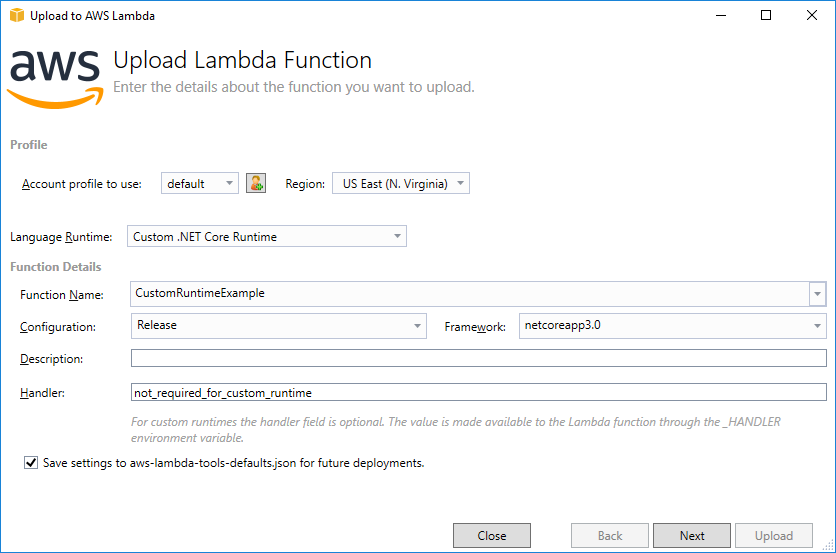 The Language Runtime box now says Custom .NET Core Runtime, and the Framework says netcoreapp3.0. Also, you no longer select an assembly, type, and method for the Lambda handler. Instead, there is an optional handler field. The handler is optional because in a custom runtime function, the .NET Core project is packaged up as an executable file, so the Main method is called to start the .NET process. You’re welcome to still set a value for the handler, which you can access in your code by using the _HANDLER environment variable.

The Lambda layers feature was also added to Amazon.Lambda.Tools .NET Core Global Tool. This makes it easy to create a layer of your .NET assemblies and tell Lambda to deploy your project with a specified layer. That way the deployment bundle can have a reduced size. And if you choose to create the layer on an Amazon Linux environment, you can optimize the .NET assemblies added to the layer by having them pre-jitted. This can reduce your cold-start time. You can find out more about optimizing packages here..

Let’s do a quick walkthrough on how to use layers with Visual Studio. You’ll need to have Amazon.Lambda.Tools installed, which you can do by using the following command.

If you already had it installed, make sure it’s at least version 3.2.0. If it isn’t, then use the following command to update.

Then, in a console window, navigate to your project and execute the following command.

This creates a layer and outputs an ARN for the new version of the layer, which should look something like this, depending on what you name your layer: arn:aws:lambda:us-west-2:123412341234:layer:DemoTest:1

If you used the Lambda projects template that deploys straight to the Lambda service, you can specify the layer in the aws-lambda-tools-defaults.json configuration file with the function-layers key. If you want to use multiple layers, use a comma-separated list.

If you’re deploying with an AWS CloudFormation template, usually called the serverless.template file, then you need to specify the layer using the Layers property.

I imagine a typical scenario for layers is a common layer is created by one dev on a team or through automation, possibly using the optimization feature. Then that layer is shared with the rest of the team in their development environments.

Visual Studio 2019 contains a new redesign for the experience of creating projects. All of the features of this redesign are not available yet to Visual Studio extensions like the AWS Toolkit for Visual Studio. 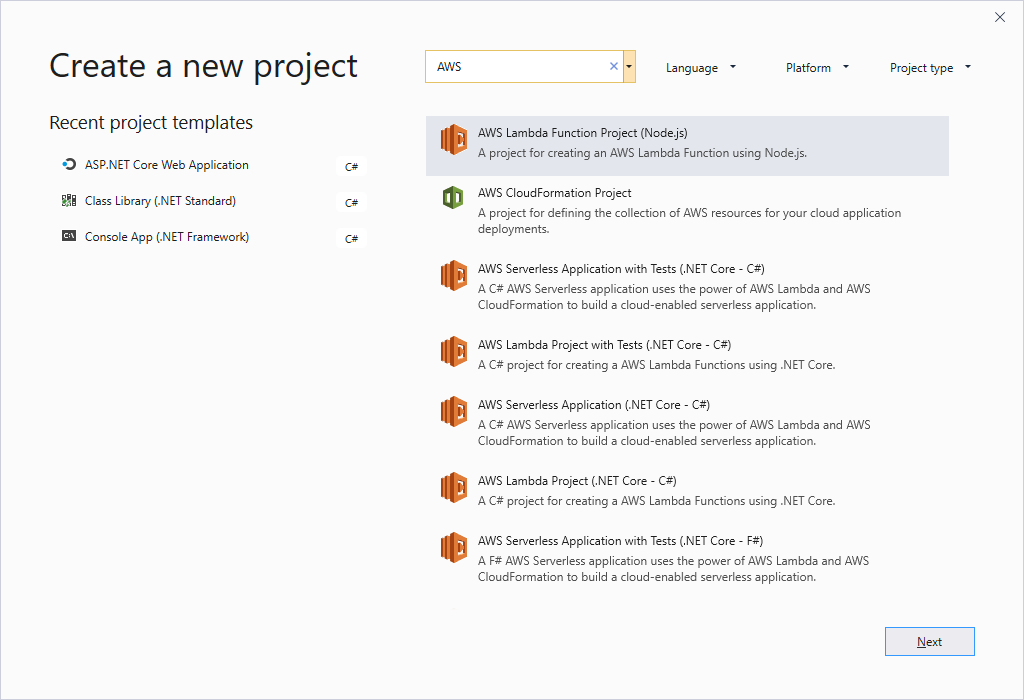 For example, the Language, Platform, or Project type filters you can see here in the new project wizard are not accessible to custom project templates like the ones that AWS provides. If you select C# in the language filter, our C# project templates will not show up.

The Visual Studio team plans to address this issue for extensions in a future update to Visual Studio 2019, but the changes will not be in the initial GA version. Until this is addressed, the best way to find our AWS project templates is to use the search bar and either search for “AWS” or “Lambda”.