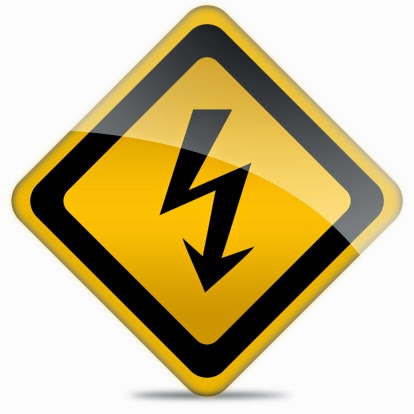 "All of man's troubles come from his inability to sit quietly in a room by himself," Arnold Rothstein quotes Blaise Pascal in Season Four of the HBO Series Boardwalk Empire.

Go people-watching in any Western country and it's rare to come across a person sat alone in quiet contemplation. Most lone individuals are seen playing with their mobile phone, reading, watching a movie on their tablet, or people-watching. Why this need for distraction? Is there something so aversive about spending time immersed in our own thoughts?

A team of psychologists led by Timothy Wilson has investigated. Across six initial studies they invited hundreds of undergrads, one at a time, to spend 6 or 15 minutes (depending on the specific study) in a sparse room "entertaining themselves with their thoughts." Afterwards most of the students said they'd found it difficult to concentrate, their mind had wandered, and they'd not enjoyed the experience all that much (the average enjoyment rating was 5 on a 9-point scale; half the sample gave a rating at, or below, the midpoint of the scale).

The gist of these results remained the same when participants were invited to spend time thinking in their own homes; when people were given time to prepare to think about specific pleasurable fantasies (e.g. going hiking somewhere beautiful); and when a community sample of adults was tested (they had an average age of 48). Comparison participants, who spent time assigned to external activities like reading or listening to music, consistently reported more enjoyment. Participants' personalities didn't make much difference to the results - introverts and extraverts alike seemed averse to contemplation.

The most dramatic evidence for people's unwillingness to spend time with their own mind comes next. After first excluding a minority of participants who said they enjoyed the sensation of an electric shock, the researchers invited the remainder to entertain themselves with their own thoughts for 15 minutes. During this time, the undergrad participants were told they could press a button to give themselves a shock (4 milliamperes for men; 2.3 milliamperes for women). All had previously stated that they'd pay money not to receive a shock of this intensity because of its unpleasantness. And yet 67 per cent of these male participants shocked themselves at least once during the contemplation period, and 25 per cent of the women. One strange fellow who zapped himself 190 times was omitted from the analysis.

The researchers observed: "What is striking is that simply being alone with their own thoughts for 15 minutes was apparently so aversive that it drove many participants to self-administer an electric shock that they had earlier said they would pay to avoid."

These results are consistent with past research that found people are happier when engaged with a task, than when their mind wanders from that task. The difference here is that people were specifically invited to spend time in pleasurable contemplation.

Why are people so averse to their own thoughts? One possibility, the researchers suggested, is that it's very difficult for most of us to control our minds such that we only dwell on what's pleasant. Hence the popularity of meditation and other mind control practices, they surmised. "Without such training," Wilson and co added, "people prefer doing to thinking, even if what they are doing is so unpleasant that they would normally pay to avoid it. The untutored mind does not like to be alone with itself."

It will be interesting to see if the electric shock finding replicates with a non-student sample, and more generally, to see how these findings compare in samples from other cultures. With smart phones and 24-hour news, today there are more ways than ever to avoid our own thoughts. I wonder, has the constant stimulation of the modern world made us nervous strangers to our own minds, or is it the horror of what lies within that has driven us to build this world of distraction?

LaptrinhX
—
Is it the darkness within? Some people would rather shock themselves with electricity than spend time with their own thoughts
Share this