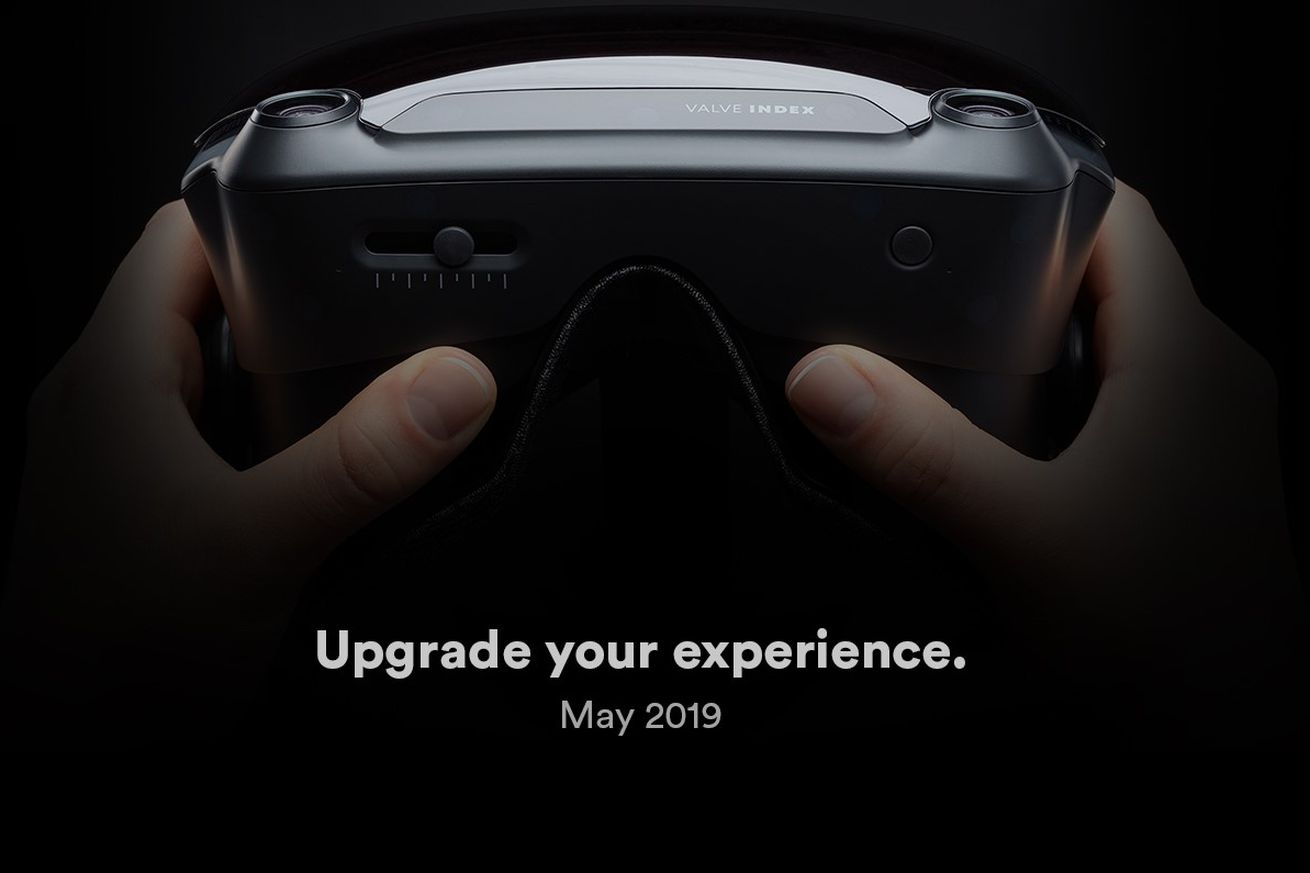 Unexpectedly on a Friday night, Valve has surprise launched a teaser site featuring a brand-new virtual reality headset, called the Valve Index, that appears to be a device of its own making and not one in partnership with its longtime VR partner HTC. The teaser site spotted by Ars Technica offers no information other than that the Index’s supposed release date is May 2019.

That said, there’s actually an awful lot we can see in that image, and a lot we can piece together from previous Valve leaks. We can see the Valve Index has as many as four (edit: but likely just two) prominent wide-angle cameras, strongly suggesting that, like the Oculus Quest and other second-gen VR headsets, it will have inside-out tracking to allow players to move around a room without worrying about placing base stations or external tracking cameras.

It’s got an adjustment slider, presumably for IPD (interpupillary distance) so it can accommodate people whose eyes are set closer together or further apart than average. It’s a fairly common feature, but something the new Oculus Rift S notably lacks. (Oculus says you can set your IPD in the software settings of the Rift S.) Beyond those details, we’re still left in the dark about specs, peripherals, or whether this is going to be a standalone headset, like the Quest, or one designed to be tethered to a higher-end PC, like the Rift S and HTC Vive and Vive Pro.

A mystery teaser from Valve with little info

As for as prior reports go, UploadVR reported last November that Valve was indeed working on its own headset with a wider, 135-degree field of view, and we also know that Valve has been working on its own set of so-called “knuckles” motion controllers that it’s been testing with developers for quite some time. But Valve layoffs earlier this month complicated speculation about a new VR device, as the company reportedly slashed its VR hardware division, according to a Reddit leaker who a year earlier posted photos of a prototype headset that could very well have been an in-progress Index.

Regardless, it’s clear now the headset does exist. We’ll hopefully get some additional information ahead of the May 2019 target, which may just be a reveal event window and not at all related to the launch. Valve will be entering a crowded marketplace, with Oculus planning to launch both its standalone Quest and Rift S headsets this spring and HTC having just launched its enterprise product, the Focus Plus, and gearing up to launch its new Vive Cosmos headset some time this year or next.

When we asked Valve if it could offer any additional hints — or clarify if this was simply an early April Fools' joke — Valve's Doug Lombardi only replied "Not April."