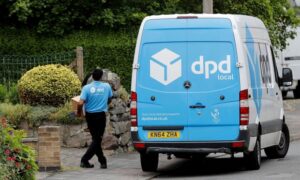 The delivery firm DPD and the B&Q owner Kingfisher are hiring a total of more than 7,500 staff in the UK to cope with surging demand for home deliveries during the coronavirus pandemic.

DPD is to hire 6,000 workers, including HGV drivers, warehouse staff, managers and support staff such as mechanics as part of a £200m investment in expanding its next-day parcel-delivery service.

The logistics firm, which handles parcels for Marks & Spencer and Asos and has also been delivering food boxes for the supermarket chain Morrisons since the high street lockdown began in March, is spending £100m on new vehicles and setting up 15 new regional depots, 10 more than planned for this year.

Dwain McDonald, DPD’s chief executive, said: “We are experiencing the biggest boom in online retailing in the UK’s history.” He said that demand was increasing from existing retail customers and from new clients developing home delivery services so that they could continue trading during lockdown.

Meanwhile, Kingfisher, the owner of B&Q and Screwfix, said it would be taking on 3,000 to 4,000 workers, about half of whom would be in the UK, after online sales soared more than 200% in April and May.

Thierry Garnier, the chief executive of Kingfisher, said staff would be working in stores that are being used to process online orders. He said demand for DIY goods had surged while families had been stuck at home but admitted trade may slow as the economic downturn hits jobs. “These are temporary roles across the summer but we will continue to watch what happens,” he said.

Online sales in the UK, not including food, rose by a third in May, according to the digital retail body IMRG, after a rise of nearly a quarter in April.

The lockdown has prompted particularly strong sales of home, gardening and electrical goods. Garden sales rose 288% in April and more than 162% in May compared with last year, while electrical sales doubled and homewares rose 84%.

Online clothing and footwear sales dived, however, falling by nearly a quarter and a third respectively in March and April and continuing to drop in May.

Andy Mulcahy, strategy and insight director at IMRG, said retailers had been coping with a surge in demand similar to the peak trading periods of Christmas and Black Friday but with a skeleton staff – partly because of the need for physical distancing in warehouses. He said the drop in demand for clothing and footwear – usually a very significant part of the non-food market – had meant some resources could be diverted to manage demand from other sectors.

Mulcahy said about two-thirds of the websites IMRG monitored were warning customers that there would be delays with deliveries. “They don’t have enough staff to deal with this,” he said.