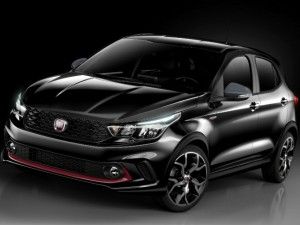 The details are scarce so far, but prior to its official reveal in Brazil later this month, Fiat has revealed its new hatch, the Argo. The Argo will replace the Punto, which is out of production in Brazil since January, and the ageing in India. The car will definitely be a sub-4m hatch and should sport a nearly 300-litre boot. Apart from that very little is known about the car.

The design of the Argo is a departure from Fiat's usual conservative Italian facade and now sports a more contemporary design with the gaping front grille reminiscent of the new Tipo hatch. The headlamps will be double barrel wraparound units and will most likely feature LED DRLs and LED projector headlamps, at least as an option.

The Argo in Brazil will be powered by three engines, a 1.0-litre unit, a 1.3-litre 4-cylinder motor which makes 109PS of max power and a range-topping 1.8-litre engine. In India, though, it will most likely be powered by the 1.4-litre T-Jet petrol and the tried and tested 1.3-litre Multijet diesel. The power figures should ideally get a jump as well.

The Argo will be a welcome replacement of the ageing Punto design which has remained relatively unchanged for nearly a decade. The hatchback market in India is an ever evolving one. Plus cars like the have significantly raised the bar for what a customer can expect from his car and Fiat, so far has always trailed behind these major players. The company would expect to win some of the coveted hatchback market share back from its rivals with the Argo which could be launched next year. But to do that the car will not only have to be feature rich but sport a competitive price tag as well.

The car, though developed in South America, could be manufactured in the company's Ranjangaon facility, thereby leaving us hopeful that the Argo could be competitively priced. In addition, with the performance hatch market also opening up in India we might even see a performance version of the contemporary hatch making it to our shores as well.