This Photoshop tutorial shows you how to take an object with shadows on a white background, and place it onto a different background while maintaining the transparency of the shadows. To do this we’ll use the Luminosity channel in Photoshop.

1. Open up the image of an object whose shadows you want to keep intact. For this example I’m using an image of a couple of limes by straymuse which is available for free download from Stock Xchng.

2. Create a selection around the limes. Make sure that only the limes are selected and none of the shadows. Use whatever selection tool you feel most comfortable with but make sure it’s a good clean selection. 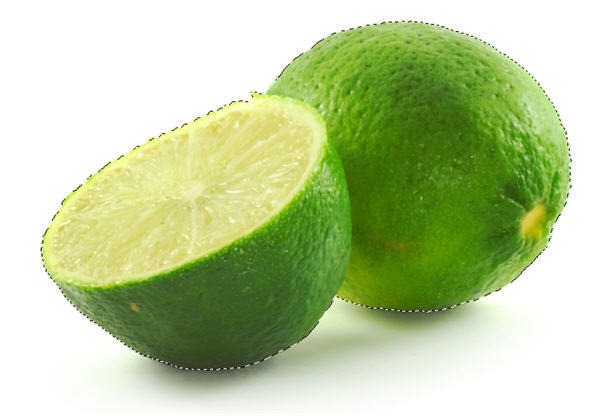 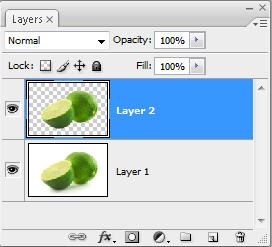 4. Select your original image layer again. We’re going to load up Luminosity now. Basically that means that highlights are selected. Press Ctrl + Alt + ~ (windows) or Cmd + Opt + ~ (mac). We’re not interested in highlights though, we’re looking for shadows so we need to inverse the selection. Press Ctrl + Shift + I (windows) or Cmd + Shift + I (mac). It might not look like all the shadows are selected but don’t worry, more that you think is selected. 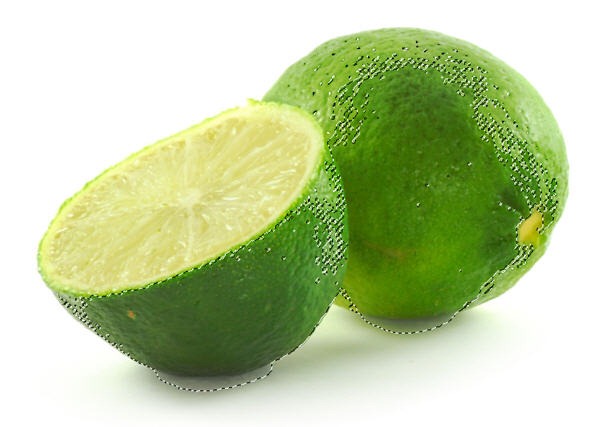 5. With the selection still in place, add a new layer above the original layer and below the lime only layer.

6. Make sure your foreground colour is set to black by pressing D on the keyboard. Then fill the new layer with black by pressing Alt + Backspace (windows) and Option + Delete (mac). This only fills the shadows. It will look like a slightly ghostly layer. 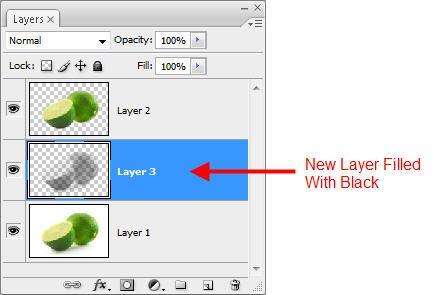 7. Click on the original background layer again, select all and hit Delete to get rid of the Background layer. At this stage you should only have the lime layer and the shadows. 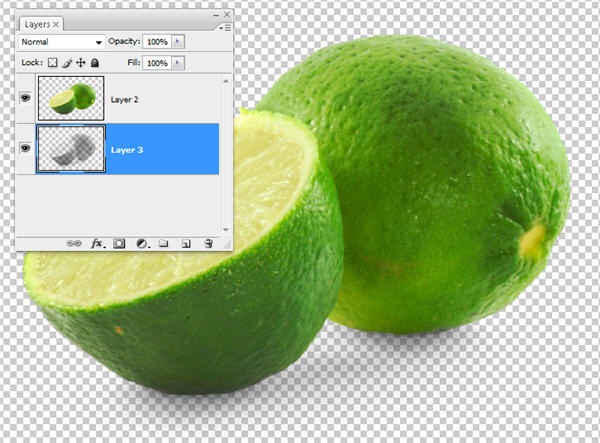 8. Merge the two remaining layers by pressing Ctrl + E (windows) or Cmd + E (mac). Now you’re ready to bring your object and shadows to another background.

9. I chose a streetscape image, again from Stock Xchng. Open this image in Photoshop, then drag your merged lime image on top. Hold down Shift as you drag if you want to put the limes onto the very centre of the street scene. 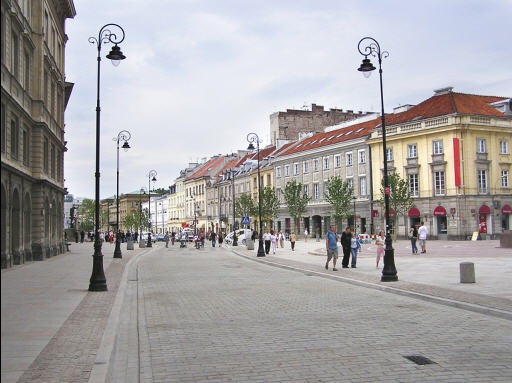 If the edge of the limes look too jagged, you could take the Blur Tool (R) and gently brush around their edge. 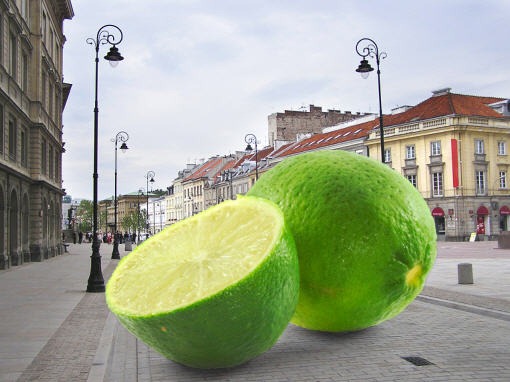 Why would there be giant limes in the middle of the street? Well there wouldn’t be, but hey that’s the joy of Photoshop, and the point is to show you the limes with their partly transparent shadows intact in a different scene.