This post takes a look ahead at jQuery 2.0 and why your code could potentially “break” when deprecated/removed jQuery functions produce “function not defined” (or such) errors. This official post states that jQuery 2.0 will remove support for IE 6/7/8 oddities such as borked event model, IE7 “attroperties”, HTML5 shims, etc. It also suggests that If you need IE 6/7/8 support, choose 1.9; otherwise you can use 2.0. As jQuery plugins start to break I think we are also going to see a lot of people Migrating Earilier Versions of jQuery to jQuery 1.9.

jQuery 2.x will be much leaner (hundreds of lines of code which support IE to be removed). However jQuery 1.9.x will maintain support for IE so you might start seeing something like this:

There are reasons for and against supporting older versions of Internet Explorer. From my experience working for various companies as a contractor. 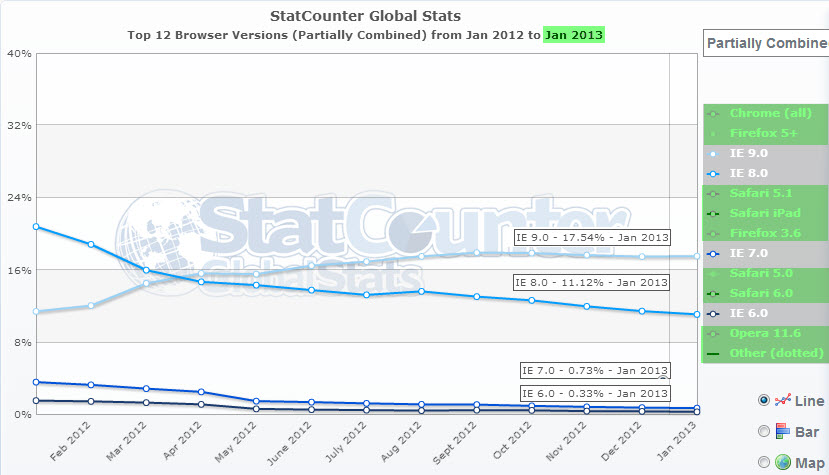 So, has removing support for IE made jQuery faster?