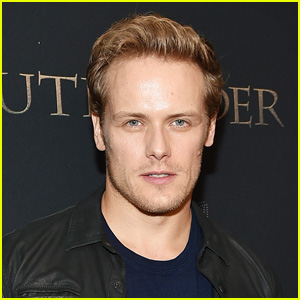 The movie is based on Andy McNab‘s bestselling novel of the same name, in which Sam plays suspended special forces operator Tom Buckingham. He prepped for the role with the author to learn the military skills needed – including the deadly skill of killing someone with a mobile phone.

“It’s in the movie – killing someone with a mobile phone. How do you do that? Andy will tell you exactly how to do that. He’ll show you as well – which is awful,” Sam explained.

“It’s kind of scary to be with someone who has these abilities, who has this experience. But also someone who’s so charming and outgoing and open about it. It’s fascinating. You can’t help but be swept up and intrigued by his world. I know that we worked really hard to make the movie really authentic,” he went on to say.

“This is all very true, you know? These mercenaries, these grey areas of political maneuvering. And then the characters as well – which side they fight on. It’s really dictated by the game, and the rules of the game.”

Sam also dished on going skinny-dipping in his new show!