Apiax, a Swiss RegTech startup empowering enterprises with digital compliance solutions, today announced its completion of a $6.6 million Series A funding round.

The round is co-led by e.ventures, based in the US and Germany, and XAnge, based in France and Germany. The funding round will support Apiax’s global growth plans for its solution for mastering complex regulations digitally.

Apiax was founded to empower companies in major industries to focus on their core business objectives despite regulatory headwinds. The RegTech startup transforms written regulations into binary, machine-readable digital compliance rules to provide everyone with easy access to compliance knowledge and to enable digital solutions to be compliant by design.

The Series A financing builds on an outstanding year for Apiax, which saw a rapidly increasing market momentum. The startup has secured several key clients over the past months. Strategic partnerships have further contributed to Apiax’s strong market position, including leading global intelligence and technology providers within its space.

Apiax was the Startup of the Year at the Swiss FinTech Awards in March 2019 and also named by Fintechnews.ch as one of the Hottest Fintech Startups in Switzerland. 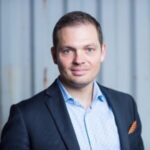 “In recent months, we have created terrific momentum and a basis for international growth. With e.ventures and XAnge, we have found the perfect partners to boost our global expansion plans.”

The investment will help Apiax accelerate its global growth plans, strengthen product development and continue to build a strong interdisciplinary team of legal and technology experts across all locations. The startup currently concentrates on financial services but aims to provide companies in major industries with its products in the future.

According to a report of Handelzeitung.ch the funding will also be used to expand to Singapore.

Featured image credit: The Apiax team in Lisbon in March 2019

LaptrinhX
—
Apiax Raises $6.6 Million Series A Funding and Expands to Singapore
Share this