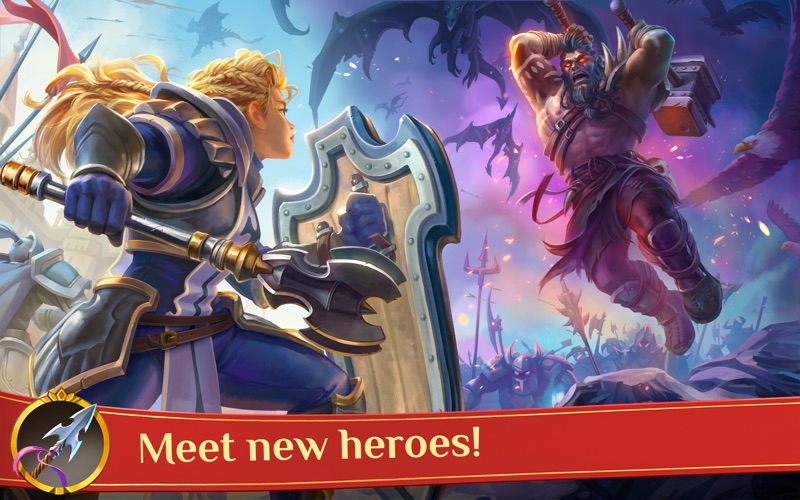 Warspear Online – the classic 2D MMORPG with millions of players from all over the world!
Bestowed the award of “Best MMO RPG game” in 2015 by «BEST APP EVER AWARDS»!
Download the game and all updates for free!

Choose your side in the War of the Spear. Lead your army to battle in open PvP, stand shoulder to shoulder with your friends to defeat devious dungeon dwellers and obtain the title of Strongest Arena Warrior! There’s no time to wait – you must act!

Play with your friends
- Unite in Guilds and groups
- Take part in tournaments, events and Arinar holiday celebrations
- Communicate in chats, trade and exchange goods
____________
Heroes of the New Age in Update 9.0!

While the warriors of Arinar fought fiercely against the strongest enemies, in the silence of abandoned temples and mountains mysterious heroes honed their combat skills... We present to you two completely new classes — the Templar and the Chieftain!
____________

Meet the Update Warspear Online 9.0 "Heroes of the new era"!

With Update 9.0, you will unlock new possibilities for the game. Two completely new classes are ready to join the War of the Spear! Choose a side - and quickly level up your hero!