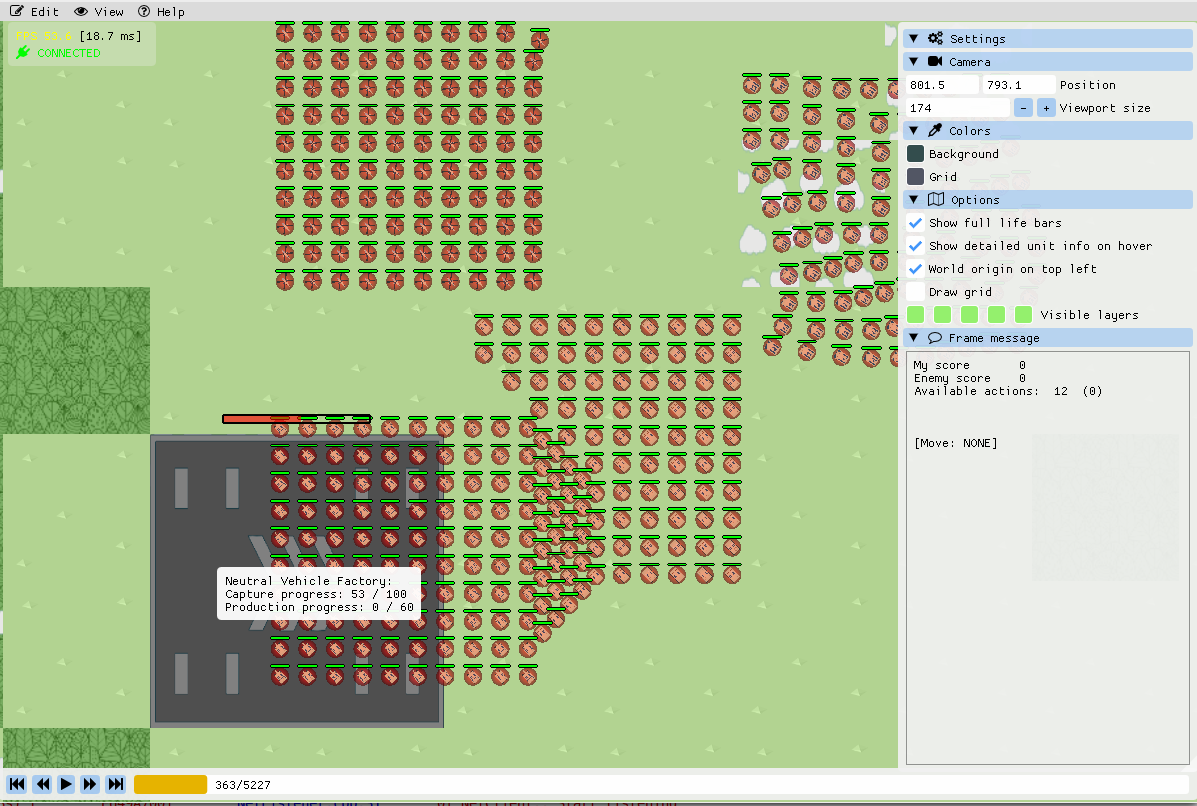 The viewer has several advantages in comparison of local-runner with drawing plugin:

Currently viewer reached 1.3 version and developments is on hold. There definitely will be building support after round 1 and fog of war support right after round 2. Minor bugfixes and optimization may come during the championship, but not so much.

Source code with changelog for significant releases can be found in github releases page.

Prebuilt windows binaries for other version, such as bugfixes can be found here. It is required to have x86 C++ Redistributable for Visual Studio 2015 installed to run prebuild windows binaries.

Note: Viewer should be launched from the same folder, where resources is located. So you need to manually copy resources to build folder, or copy executable to project root directory.

You need a special client to be able to send messages to the viewer. See example C++ client for information about JSON based message protocol and implement one for your language of choice. Also, see client examples for official local runner.

Project created with help of many great libraries: