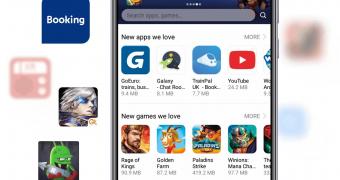 Huawei has no other option than to prepare for a future without Google after it was banned from working with American companies, and this is exactly what it’s trying to do right now with an email sent to the top Android developers.

The Chinese tech giant is emailing the devs of Android apps to request them to join Huawei AppGallery, which is the company’s very own app store that serves as an alternative to the Google Play Store.

Because it’s no longer allowed to use Android on its smartphones, Huawei is developing an in-house operating system that would be installed on future models.

And since a large app ecosystem is mandatory for a modern smartphone, Huawei plans to continue offering support for Android apps, therefore it’s pushing harder for AppGallery to grow with the addition of the top listings already in the Google Play Store.

An email obtained by <a href="https://www.xda-developers.com/… (read more)

The post Huawei Calls for Developers to Help It Survive Without Google appeared first on Chrome Geek.