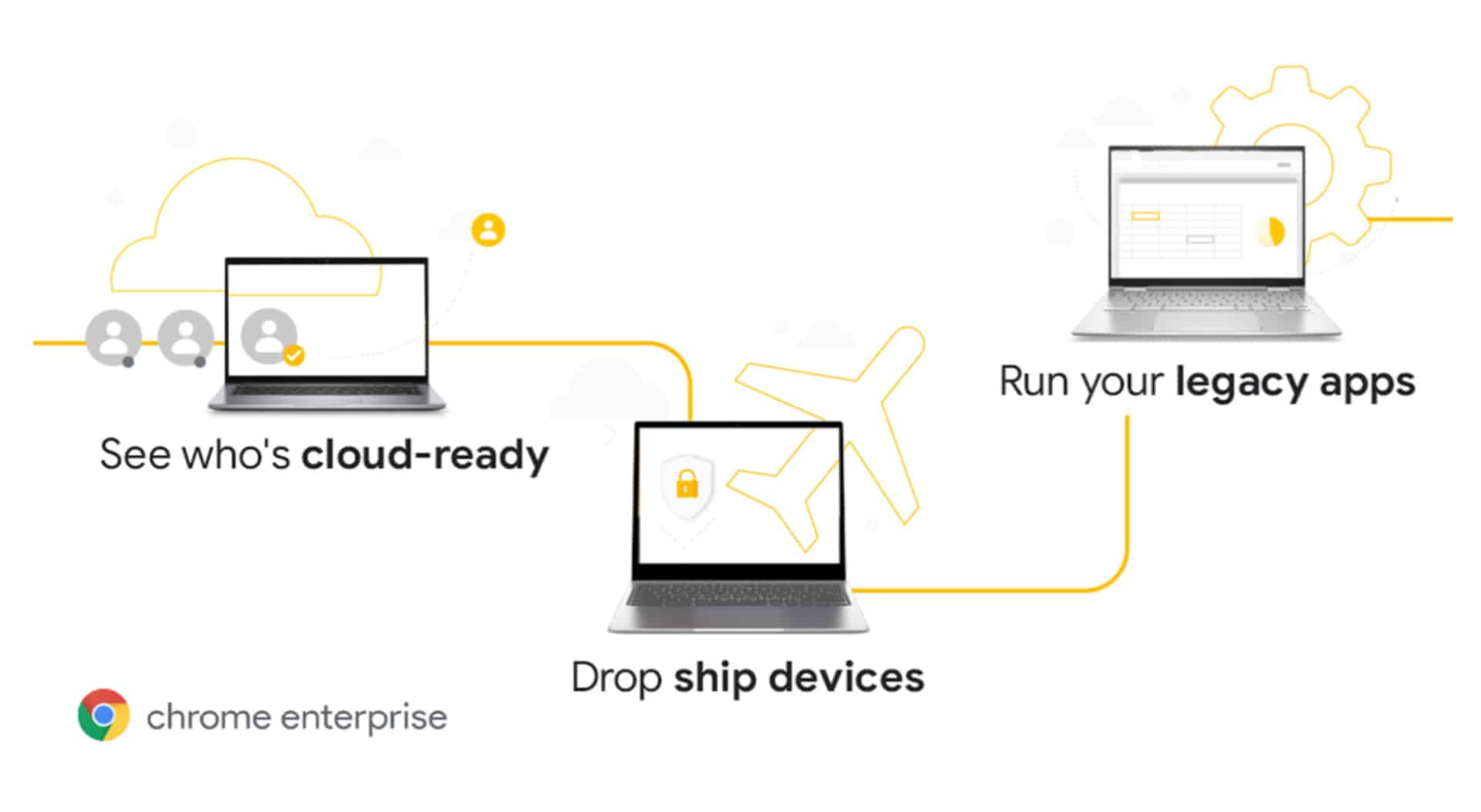 Google has some new tools and features for Chromebooks on the Enterprise side of the equation, including Windows. That's based on a recent news announcement from the company detailing the update.

Now, the addition of Windows to Enterprise Chromebooks comes via Parallels. Summarily, the low-cost solution brings natively-virtualized Windows OS — rather than just Windows apps — to Enterprise-managed devices. That runs in its own sandbox and has a wealth of both management and user-facing features all its own. Including cross-platform copying, pasting, file-sharing, and more.

But, stacking atop the changes found in the general Chrome OS 86 update, Google has more than that for IT admins too.

What else is here for Enterprise Chromebooks?

One of the most useful new tools for Enterprise environments is the newly added ability to drop-ship Chromebooks to end-users and enroll them.

That includes the ability to buy a Chromebook, with a pre-provisioning tool created in the Google Admin Console. Chromebooks ship out to the end-user, pre-registered, and ready to go. When the user logs in — and after their identity are checked for security, complete with Titan-C verification — the Chromebook automatically enrolls in the appropriate domain.

Summarily, business users can ship and enroll devices for their workforce touch-free and automatically.

Along those same lines, another new feature set to be added is the Chrome OS Readiness Tool. As its branding implies, the tool is a free, private identifier used on Windows devices. It generates a log report with categorizations to show how "cloud-ready" they are. And it gives detailed app usage too so that admins can see whether or not there are going to be hang-ups in switching to Chrome OS.

That way, Enterprise IT managers can see which employees are ready to switch now and which might need a secondary solution like Parallels Desktop. Google says it doesn't collect any of that data either.

Finally, Chrome Enterprise Recommended is a new partner program that adds a badge to products or apps. In effect, it acts to highlight those that have been made in direct cooperation with Google to make sure it works well with Chrome OS.

Almost all of these solutions are already available

Now, the tools and features announced by Google are already available with one exception. As hinted above, the Chrome OS Readiness Tool isn't quite ready for primetime just yet. Google says that will become available sometime in "early 2021."