If you’re out trail riding, chances are you have knobblies fitted to your bike, but are knobbly tyres road legal? Andrew Dalton shares some light on this grey area of the law…

There are a lot of myths about what makes a tyre road-legal. Tyres, like helmets are covered by supra national treaty law, governed by the United Nations. Basically, tyres need to have uniform basic standards and there are international minimum standards. The legality of off-road tyres is determined by compliance with ECE regulation 30 under an EU directive which takes a lot of the guesswork out of the equation.

The old rule of thumb was that the knobs had to have a greater surface area than the gaps. The modern rule is much simpler. If a tyre is bought from a reputable supplier and carries an E marking it meets the criteria for road use. It may handle horribly on tarmac, but it will be legal and pass an MOT. 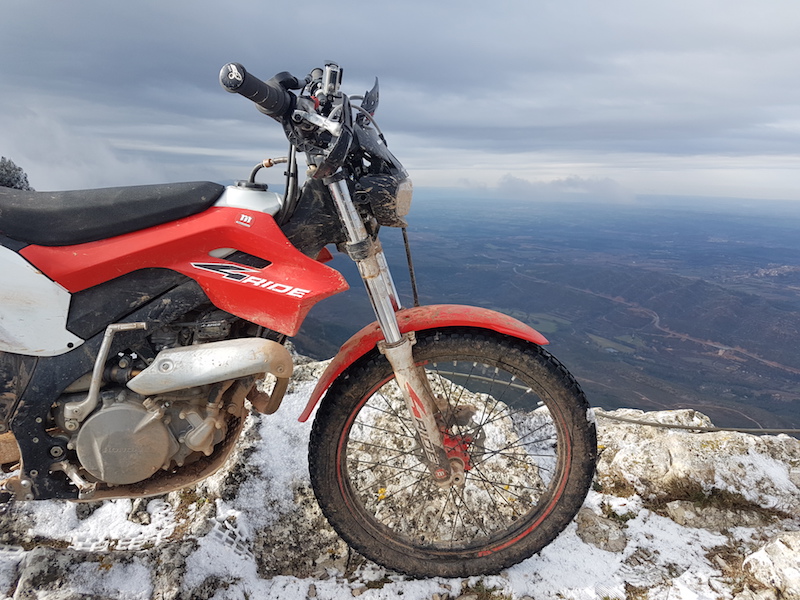 Going by the old rule of thumb, these tyres would be absolutely fine

A tyre which meets these criteria and is offered for sale in the UK needs an E11 mark. It is an offence under 1994 regulations to sell or fit tyres without this marking unless they carry a clear and moulded ‘not for highways use’ marking.

But what if you run it under pressure? For those who take their bikes off-road, road pressures are really impractical. But the legality is somewhat interpretative.

There is no requirement in law to keep a tyre appropriately inflated for any probable or possible use (Eden v Mitchell [1975]) but there is a Construction and Use regulation (27 (1) h) which requires you to maintain your rubber for the use to which it is being put. So, a tyre used for green laning would need to be at a pressure suitable for lanes and tarmac.

Contrary to some opinion, the laws of the UK are interpreted with common sense, so running knobblies at, say 25 psi as a compromise would be suitable. However, in the unlikely event of an officious police officer pressure testing your tyres and an even more improbable prosecution, I would want an expert on the subject of tyres giving evidence. My personal compromise is to carry a tiny 12v compressor allowing me to adjust my tyre pressures based on circumstances.

The law gets even vaguer if you are using a tyre without an E marking. There is no established law on the point and no binding precedent which the magistrates can look to. The regulations are an attempt at common sense. They say the court must have regard to the use to which the tyres are being put. 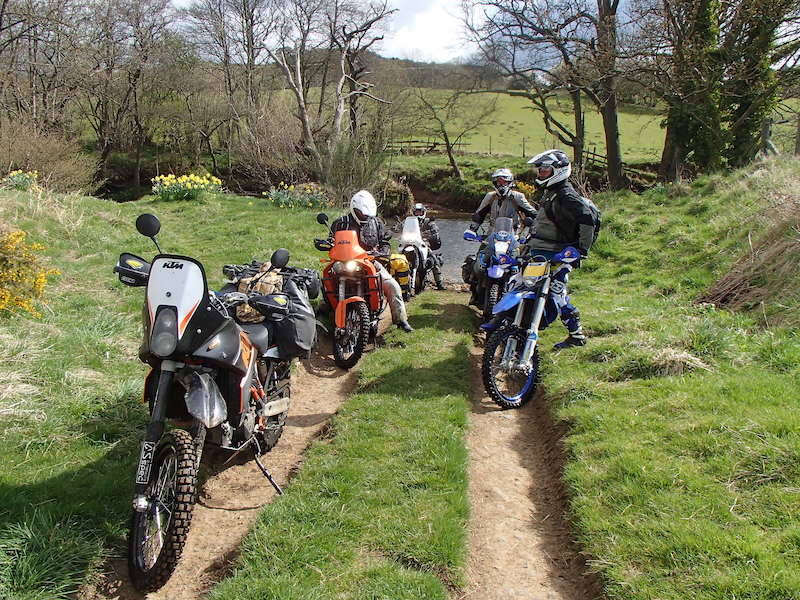 So, it is certainly arguable and reasonable to defend the use of ‘not for highways use’ tyres on the basis that their predominant use was for mud plugging and when ridden on tarmac they were used with caution. However, a switched-on prosecutor would be able to point out that a byway or a right of way is a highway as, in law, highways do not need tarmac. Personally, I am of the view that the law is so grey on this point that I will always have E11 marked tyres on my trail bikes.

What then about mousses (closed cell doughnuts that fit inside a tyre, leaving it invulnerable to punctures)?

The regulations (C&U 1986 r 24) oblige all motorcycle tyres to be pneumatic, defined in the regulations as having a chamber which has greater than atmospheric pressure – so far so good. But then it needs to be capable of inflation or deflation. Good luck doing that.

Finally, if deflated, it must allow the sides to collapse. In my view, a mousse does not meet construction and use regulations. However, I have never heard of anyone being prosecuted or failing an MOT for mousses so, like a lot of laws, when policed with common sense, they’re not enforced. Don’t make the mistake of thinking a road traffic officer does not know these rules. If the officer has a fast car and a white cap, or is perched on a marked bike, it is a pretty safe bet he knows.

So, to stay entirely within law, your tyres must be E marked, at the manufacturer’s pressures unless you can give a truthful explanation as to why not, and blown up with air. I do not go into the rules about tread, depth, tears and bald spots as the readers of this post are wise and already know bald tyres are illegal. I concentrate on the grey areas.  And those black hoops do have a fair few shades of grey.

The post Are knobbly tyres road legal in the UK? appeared first on Adventure Bike Rider.

LaptrinhX
—
Are knobbly tyres road legal in the UK?
Share this