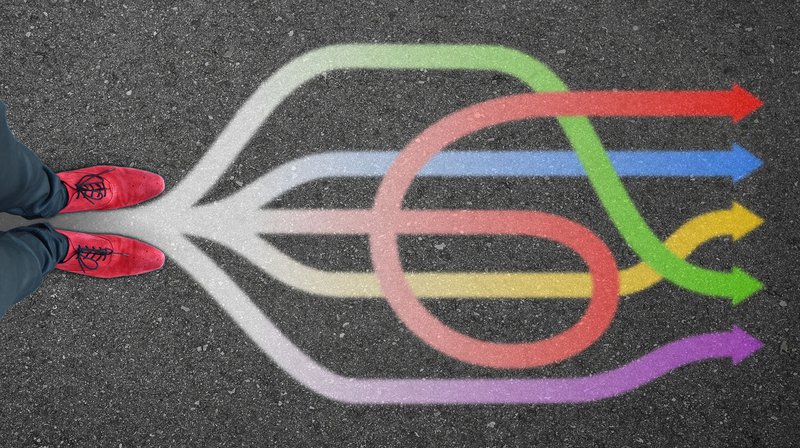 ICOs (Initial Coin Offerings) or token sales have seen a dramatic increase over the past year as a method for raising capital. According to CoinMarketCap, Bitcoin market capitalization sits at around $70 billion at the time of writing (even after the China ICO market correction), up from $11 billion in June 2016. Overall, the cryptocurrency market cap is now over $150 billion, roughly the size of Algeria or Iraq’s GDP.

Many organizations have, therefore, become interested in using token sales (aka ICOs and token generation events) as a way of raising capital. Mostly, companies look at token sales as a way to raise startup capital; they issue “utility tokens” to avoid being classified as a security. This method is in line with traditional “crowdfunding” that companies have been doing for many years.

I also believe there is a lot of pent up demand from traditional asset classes and established companies to utilize the blockchain to raise capital and conduct their business. This is because there are a many benefits for both the issuer and the investor.

For the investor, it provides access to a wider range of investment opportunities, which a regular person may never otherwise have access to. Typically, there are zero or very low investment minimums, and one can easily participate in a token sale anywhere on the globe — just set up a wallet, buy some bitcoin or ether, and get in on time. As a bonus, there’s also often the existence of a secondary market where tokens can be traded after the initial token sale, thus providing fast liquidity to those that desire it.

However, the process is not without its challenges, and there are several things to consider when launching your next fund offering on the blockchain.

What are traditional asset classes and why may a blockchain be of benefit to them?

Traditional asset classes are those that generally come up when people talk about investments. They include stocks, commodities, real estate, private equity funds and derivatives, VC funds, REITs and others.

Most, if not all, traditional assets would fall under the SEC’s definition of a security, as stipulated by the Howey test. However, due to the decentralized nature of blockchains, the U.S. is not the only jurisdiction where tokens can be sold from; many countries around the world such as Switzerland, Cayman Islands, Estonia and others are stepping up to welcome ICOs, be they utilities or a securities.

So, how is blockchain technology and tokenization beneficial to traditional asset classes? Consider this example based on the logic illustrated by Stephen McKeon. If we take real estate as an example, it’s estimated that the size of commercial real estate in the U.S. alone is about $11 trillion. Let’s say 10 percent of that can be tokenized; that immediately puts over $1 trillion of liquidity back into the marketplace and removes an “illiquidity premium” which issuers are forced to pay because investors have no way to exit their investment for a number of years. This is a win-win for both the issuer and the investor.

Even if one decides to tokenize an existing asset, there are several challenges that must be addressed, and finding the right home for your fund is key.  Since most traditional assets may be considered a security, finding the right jurisdiction will be very important during and immediately following your token generating event. Let’s take a look at some of the options available to us today.

The State of Delaware has a newly invoked law that will allow businesses to maintain shareholder lists and other corporate records on the blockchain. This move is even more significant when you consider that this jurisdiction is the corporate domicile capital of America, with 66% of Fortune 500 companies calling it home. If your plan is to make token holders Limited Partners or equity holders of your new fund, this may be a reasonable option.

Also in the U.S., Regulation A, Regulation A+ and Regulation D contain rules that could exempt entities selling securities from registering with the SEC, including a specific look at equity crowdfunding. These rules can be applied to any crowd sale, and potentially encompass token sales as well. It’s also possible to raise under Regulation S, which would exclude U.S. investors altogether, thereby removing the need for protection of unaccredited investors.

Switzerland, one of the leading centers of capital in Europe and known for recently abolishing its banking secrecy laws, has become a fintech hub and is considered a friendly jurisdiction. A number of leading Swiss companies have formed an alliance called Crypto Valley, where one of the most prominent law firms, MME, hosted a recent conversation about the legalities of token sales and what may constitute a security under Swiss law.

Estonia is another interesting example of a jurisdiction where several ICOs — which would almost certainly be considered securities in the U.S. — have been domiciled. Recently, Agrello, Polybius and a number of other companies completed successful token sales. Estonia is unique because of its e-government initiatives, which encompass e-citizenship, e-voting, e-tax and government blockchains. Further, Estonia recently announced its own cryptocurrency called Estcoin. Estonia currently doesn’t regulate crowdfunding (though some EU laws may apply) and is one of the top friendly jurisdictions for launching tokenized funds.

Another roadblock to conducting legal and compliant token sales is the issuer’s ability to follow KYC and AML regulations effectively. KYC (Know Your Customer) is the method in which issuers verify the identity of its investors. Many cryptocurrencies of choice for token generation events have anonymity features built in (cryptocurrencies such as Monero and Zcash are prime examples, and bitcoin can be anonymized as well). Further, the crypto investment community likes the idea of not having to go through lengthy and intrusive KYC processes. This practice doesn’t bode well for the issuer, however, since KYC is a key requirement for many banks. Strong KYC during the token generating event will make it easier to work with banks and follow AML (Anti Money Laundering) regulations.

There are further complications with taxes, compliance and custody. There are not yet clear standards for cryptocurrency compliance to be followed. Further, if your fund is going to be holding crypto-assets and cryptocurrencies, security and custody needs to be considered. Luckily, there are some players such as Gemini that offer crypto-custody services; some reputable banks such as the Swiss Falcon Private Bank are also starting to offer bank-level cryptocurrency trading services. There are still more challenges around custody and compliance for altcoins.

On the tax side, there are open questions about treatment of virtual currencies. IRS guidance 2014-12 classifies cryptocurrencies as an asset class, imposing capital gains taxes on profits in certain situations. Some other countries such as Vietnam have proposed making digital currencies like bitcoin a form of currency. The world tax authorities still need more time to figure out how to tax this new asset class.

Challenge #4 – What Happens Next?

Once you’ve jumped through a lot of hoops and successfully executed a tokenization event for your fund, the real work starts. If you accepted U.S. investors, think about how you can prevent them from selling your tokens in the first 12 months (if you raised under Regulation D). If you didn’t accept U.S. investors, how do you prevent them from buying your tokens in the future? What exchanges do you want to list on to make sure you can comply with AML and other regulations? This is a complex process that needs to be thought of before you start planning your token generation event.

Looking to the Past

Launching a tokenized fund on the blockchain is a relatively new concept; however, we have some successful precedents. The biggest and most interesting example is Blockchain Capital, founded by Brock Pierce. Their token, BCAP, was sold under Regulation D exemption to 99 accredited U.S. investors (and unlimited foreign investors with many exceptions), who, per SEC regulation, can’t sell their tokens for 12 months. Blockchain Capital has a complex structure, with entities in Singapore, the Cayman Islands and the U.S. According to their memorandum, they spent up to 10 percent of their raise on legal expenses (they raised $10 million), which is a hefty sum. Also, questions remain: What prevents non-accredited U.S. investors from buying BCAP tokens post ICO? How are the 99 accredited investors forced to comply with the requirement to hold these tokens for the time allotted?

Launching token generation events for your fund can be a worthwhile activity, but you need to plan carefully and entrust your process to qualified professionals.

Some things to think about before going ahead with launching a tokenized fund:

The post Op Ed: Four Challenges to Consider When Launching Your Fund Raise on the Blockchain appeared first on Bitcoin Magazine.

LaptrinhX
—
Op Ed: Four Challenges to Consider When Launching Your Fund Raise on the Blockchain
Share this