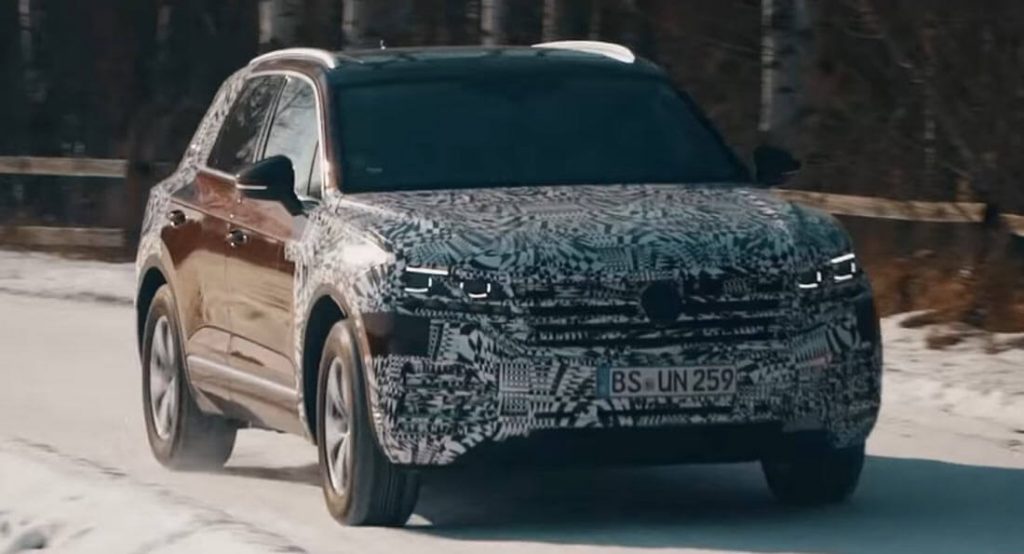 Volkswagen is putting a lot of effort into launching the new generation Touareg, as the SUV is currently on a journey through 11 countries.

Over the course of several weeks, the vehicle will be driven for a grand total of more than 16,000km (9,942miles). The road trip is already under way, in Slovakia’s capital city, Bratislava. The convoy, which includes other VW vehicles, passed through Poland, Latvia, Russia and Kazakhstan, and will arrive on the Mongolian plains in the coming days.

The final destination is Beijing, China, where it will be shown to the world on March 23.

Already tested for more than 3 million kilometers (1,864,000 miles) in total, in different hot and cold regions throughout the globe, the 2019 Volkswagen Touareg promises much more than revised styling.

It has new suspension, rear-axle steering, and plenty of other updates beneath the skin. As revealed in a previous teaser, the SUV features a 12-inch digital instrument cluster, and a 15-inch infotainment system, but these will likely be offered on higher specs. Elsewhere, it gets Arteon-inspired looks, and Golf-like steering.

The 2019 Volkswagen Touareg will be launched throughout Europe later this year, and in different Asian markets, including China. Don’t look for it in Japan though, as the manufacturer doesn’t appear to be interested in the Land of the Rising Sun. It won’t land in North America either, where the Atlas will remain the company’s range-topping SUV.

The post All-New VW Touareg Is Being Driven From Slovakia To China For Its World Premiere appeared first on Carscoops.