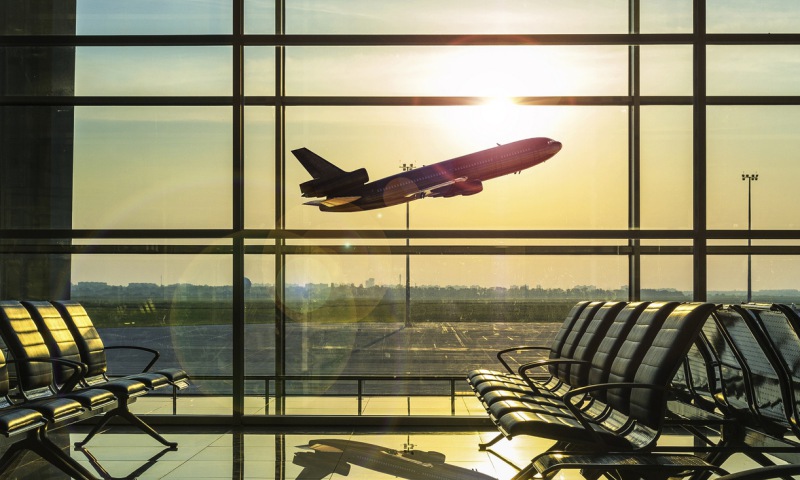 The drastic reduction in mobility at all levels caused by the pandemic is impacting an industry in serious need of a rethink: air transport.

The sharp fall-off in air travel during 2020 has led to significant losses for most airlines, especially low-cost companies operating on narrower margins: Norwegian has just filed for bankruptcy, while Ryanair and EasyJet have announced heavy losses and significant staff cuts. Given that things are unlikely to change much next year, and that 1% of the world population are responsible for 50% of the global aviation emissions and these travelers are expected to travel less in forthcoming years, it doesn’t take much imagination to predict a major crisis in the industry and the closure of a good number of companies.

The airline industry is the driving force behind another that is vital to many countries: tourism. That is why it has received so many benefits over the years, including in many cases exemption from fuel taxes. Many countries’ legislation allows them to tax fuel, and it is estimated that a levy of 33 eurocents per liter of kerosene, similar to that on road transport, would generate some €9.5 billion annually in the European Union, while a 15% tax on all flights originating in Europe would result in revenue of some €15 billion.

Letting the airline industry off paying taxes on fuel is a de facto subsidy that has allowed it to grow to its current unsustainable levels. One only has to look at a real time map of air traffic to understand that we are flying far beyond the limits of what the planet can bear. The airline industry is among the biggest contributors to global warming.

Taxing air fuel would be a powerful incentive for companies to improve their energy efficiency, and even to plan for decarbonization through the transition to electric aviation. In countries such as Norway, there are plans for electric airplanes to begin carrying passengers by 2025, and for full electrification of all domestic flights by 2040, with smaller airplanes that would most likely be powered by hydrogen cells rather than batteries, which are still too heavy. In northern Norway there are about 16 busy airports within a radius of 350 kilometers: in winter particularly, traveling 700 kilometers by road can take more than ten hours. No one wants to fly less under similar conditions — but they do want to reduce the carbon footprint of these flights. In Germany, the Greens are even more radical: they propose making internal flights obsolete by investing heavily in train infrastructure.

If our governments are going to save airlines with our money, these industries should at least be forced to decarbonize: we’re all happy with cheaper airplane tickets compared to the prices of a few decades ago, until we see the size of the carbon footprint from all these planes in the skies. Flying is safe, fast and convenient… but we need a change of model focused on sustainability.

The Nordic approach could easily be extrapolated to Europe, where most flights are short-haul that require smaller planes that can be powered by clean electricity. But to do this we’ll need the right conditions, and an industry that is free to pollute because it pays no taxes on fuel or has any incentive to offset emissions isn’t the way forward.

If nothing else, the pandemic is an opportunity to put things in context, and the current one is influenced by the climate emergency. Air transport urgently needs to be forced to change its business model, to put its costs in order and, above all, to take responsibility for its emissions. Can the industry survive these changes? Of course it can, but it will need to rethink and overhaul its business model first.

If you believe in the work we are doing here at The Good Men Project and want a deeper connection with our community, please join us as a Premium Member, today.

All Premium Members get to view The Good Men Project with NO ADS. Need more info? A complete list of benefits is here.

The post If the Airline Industry Is Going To Have a Future, It Will Need To Change Its Business Model appeared first on The Good Men Project.

LaptrinhX
—
If the Airline Industry Is Going To Have a Future, It Will Need To Change Its Business Model
Share this