Editor’s Note: As the year winds down, dealmakers naturally reflect on the past year and what’s to come in the New Year. Going into 2018, we asked Danielle Fugazy, one of the leading journalists covering the middle market, to investigate 5 major trends hitting private capital markets. We will be sharing these 5 trends over the next few weeks on Forum, and you can download the entire report here.

Trend 1: The evolution of deal sourcing

High levels of dry powder has put more pressure on fund managers to put capital to work, a danger in a market where purchase price multiples are high. To put things into perspective, over the past four years, dry powder has expanded considerably above the 2007/2008 previous peak in North America and Europe, according to Probitas Partners. What’s more, fundraising numbers and dry powder statistics are likely under estimated. “Traditional funds are being tracked, but more frequently LPs are co-investing and setting up separate accounts. Those are private arrangements and are not tracked. There is tremendous pressure on the market. It’s going to continue to be hard to make good investments,” says Kelly DePonte, a managing director with Probitas Partners. 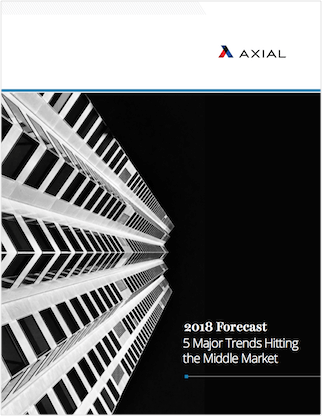 With this in mind, there has been tremendous growth in the business development role. Over the years private equity firms have realized that it’s not efficient to have dealmakers sourcing deals and that someone needs to be dedicated to the job if a firm intends to stay around. More and more private equity firms are hiring business development professionals at the partner level.

Firms like Orix Capital Partners, Platte River Equity and Turnspire Capital Partners just recently hired business development professionals while firms like Audax Partners, TA Associates and Summit Partners led the charge with having these types of professionals on staff. Perhaps it’s not surprise that these firms usually close on a relatively high number of deals annually. In fact, Audax Group, TA Associates and Summit are almost always counted among the most active investors by deal count, according to Pitchbook numbers.

“As the private equity industry matures, deal sourcing has become a significantly greater focus of most firms. Many have had success with junior level staff, but most firms seem to have turned to senior level talent to fill the business development role,” says Dan Lipson, a partner with Rotunda Capital, an independent sponsor that raises funds on a deal-by-deal basis.

In addition to using more senior professionals, the next generation of business development professionals are more frequently using technology to be more efficient. “We look at 700 deals a year and we close on about 15. Using technology is imperative,” says Joseph Burkhart, a managing director with Saratoga Partners. “I turn down 99 percent of the deals I see, but I send multiple opportunities to others. People remember this,” he says.