The OnePlus 3 and 3T are now receiving a new beta update, Beta 30 and Beta 21, respectively. Now, these two updates are basically the same, except they’re marked differently due to different launch times for each of these two devices. Having said that, this update brings Face Unlock to the OnePlus 3 and 3T, a highly-requested feature by OnePlus’ consumers. As most of you probably already know, the OnePlus 5T launched with Face Unlock, and ever since then, the OnePlus 3, 3T and 5 users wanted that very same feature on their devices, as Face Unlock utilizes a front-facing camera of a phone, so there’s really no hardware obstacle here.

OnePlus’ CEO did promise that Face Unlock will launch on the aforementioned devices, and it’s now here for the OnePlus 3 and 3T. In addition to that, this update also brings VoLTE support for Airtel users, which will make some Indian users happy, that’s for sure. The update also brings along OnePlus’ new ‘OnePlus Switch’ app for backing up and restoring data, while the company also updated OnePlus Launcher to version 2.3 on the OnePlus 3 and 3T. This update brings a new application drawer design to the tablet, auto-naming folder and dynamic icon function for desktop clock icon. In addition to everything we’ve mentioned, this update also brought a number of general bug fixes and stability improvements to the OnePlus 3 and OnePlus 3T. As most of you know, OnePlus had already updated both the OnePlus 3 and OnePlus 3T to Android 8.0 Oreo, even the stable version of the software is now running Oreo, so this beta update is also based on it.

The OnePlus 3 and 3T handsets are completely identical in terms of the design, though the OnePlus 3T is somewhat more powerful than its sibling, as it has a better front-facing camera, a more powerful SoC, and a larger battery, amongst other things. Both of these devices arrived in 2016, but the company is still actively pushing updates for both phones, as you can see. Face Unlock is expected to arrive to all OnePlus 3 and 3T units via a stable update in the near future, while the OnePlus 5 already received it via a beta update, and it is expected to hit a stable version of OxygenOS soon as well. 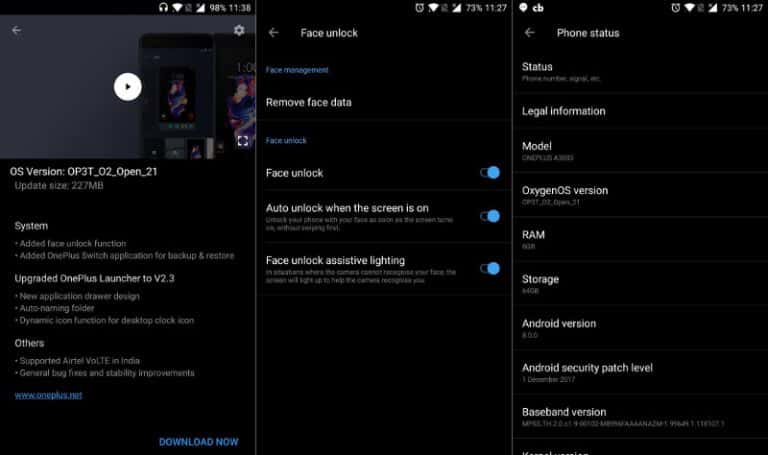 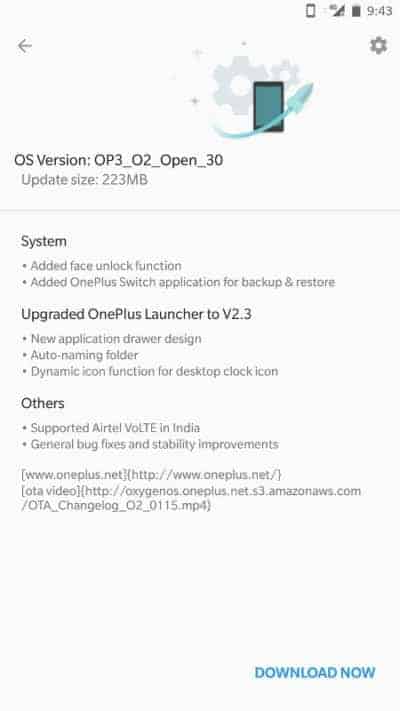