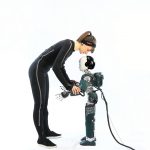 The interface between humans and machines is an increasingly active area for researchers. A team of US Army scientists has provided the latest input into the field.

The team developed something known as the Privileged Sensing Framework (PSF) to try and leverage the latest advances in human sensing technologies and integrate human and autonomous agents purely on the basis of their individual characteristics. For instance, while humans are great at adapting to a changing environment, machines tend to be amazing at processing huge quantities of data.

The project aimed to showcase how the framework preserves the human as the main authority, while also providing all the machines need to thrive.

"The research was fundamentally enabled by a critical move towards a novel control systems framework that can account for dynamic interactions among information components that impact the value of that information and yet appropriately propagates into robust overall decisions. The PSF provides an evolved approach to HAI that treats the human as a special class of sensor rather than as the ultimate and absolute command arbiter," the researchers say.

They reveal that the PSF significantly improved both human and machine performance in a range of simulations, without either group sacrificing the things they really excel in. It's based on the concept of "privileging" information so that specific rights are assigned to specific agents based on their capabilities in a particular task.

The team will continue to develop the method and further test its impact on human-machine system performance, in the hope that it allows the framework to be applicable in a wide range of different tasks and scenarios.

They certainly aren't the only ones working on this issue, however. For instance, a European team is working on prototypes that allow robots to anticipate human actions.

The An.Dy project aims to advance human-robot collaboration by empowering the machines to better understand what humans are about to do, and how the machine can help them.

The heart of the project is the AndySuit, which is a high-tech suit that's studded with an array of sensors to track movement, acceleration of limbs and muscle power as the wearer performs a range of tasks, either alone or in conjunction with a humanoid robot.

The robot is to be tested in three different scenarios in order to bring it closer to market. The first of these will be a workspace whereby a human works alongside the robot, the second will be where a human wears an exoskeleton, such as those used when lifting heavy loads, whilst the third is where a humanoid robot offers assistance, and potentially takes turns performing tasks.

These are just a couple of examples of the growing number of projects that aim to improve the ability for man and machine to work effectively alongside each other. You can learn more about An.Dy via the video below.