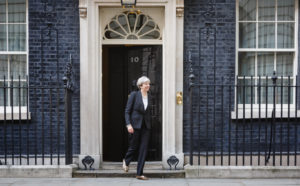 Theresa May was under pressure from cabinet ministers last night to scrap formal Brexit talks with Labour and launch a final attempt to secure a compromise in parliament.

Supporters of a deal with the European Union are preparing to use tomorrow’s cabinet meeting to urge the prime minister to set a timetable for indicative votes by MPs after the European elections.

The move comes amid growing criticism from Conservatives of the talks, which are due to begin again today, as ministers who previously supported them lose faith.

Philip Hammond, the chancellor, is understood to have told colleagues that, while “amiable”, they are being held on the “false premise” that a politically acceptable deal could ever be struck.

Damian Hinds, the education secretary, said that while he hoped the talks would “find progress”, an alternative would be to try to find a “stable majority” through a government-backed process of allowing MPs to vote on different Brexit options.

Privately, senior ministers including Amber Rudd, the work and pensions secretary, David Gauke, the justice secretary, and Greg Clark, the business secretary, are preparing to call on the prime minister to move swiftly towards such a “plan B”.

“If we can’t do a deal with Labour we need to throw our weight behind indicative votes,” a government source said.

They added that the group would also resist attempts to step up no-deal planning, which is due to be discussed at tomorrow’s meeting. “How can we campaign against the Brexit Party if their campaign for no-deal is our contingency plan,” they said. “Nothing better sums up the ludicrousness of our situation than that.”

The move comes amid growing pessimism about the cross-party talks. Gavin Williamson, the former defence secretary, who had backed the talks while in the cabinet, said yesterday that the initiative was a “grave mistake” that would have “fatal” consequences for the Tory party unless Mrs May withdrew.

“Even if Labour do a deal, break bread with the prime minister and announce that both parties have reached an agreement, it can only ever end in tears,” he wrote in The Mail on Sunday. “Jeremy Corbyn will do all he can to divide, disrupt and frustrate the Conservatives in the hope of bringing down the government.”

He was backed by other Brexiteers, who demanded that Mrs May pull the plug on the discussions.

“Gavin Willamson is absolutely right to call out the enormous problems created by seeking to do a deal with Labour,” Steve Baker, deputy chairman of the European Research Group, said. “After what appears to have been an unjust sacking, this is brave but necessary.”

Sir Keir Starmer, the shadow Brexit secretary, was also sceptical about a breakthrough, warning that the Labour Party could also decide to end the negotiations.

“I think it would be wrong in principle to use up much more time simply exploring each other’s positions. I do think we do probably in the coming days need to make that assessment,” he said in an interview with The Guardian.

Sir Keir also warned that up to 150 Labour MPs would reject a Brexit deal that failed to include a confirmatory referendum.

The renewed pressure comes as a YouGov poll for The Times puts the Conservatives in fifth place behind both the Greens and the Liberal Democrats for the European elections on May 23.

Mrs May is due to meet the executive committee of the 1922 Committee on Thursday, during which she has been told that she must set a timetable for her departure if she cannot get a Brexit deal passed by parliament.

The committee is still split, however, on when and if to change the rules to allow another no-confidence vote if Mrs May fails to set a firm date. Some favour an early challenge, before the European elections, in an attempt to show voters that the party is listening to their concerns.

Others believe that the committee should put off any decision until the beginning of June when parliament reconvenes after the polls. Downing Street has said that it intends to explore with the EU when it might be possible to discuss making changes to the political declaration should talks with Labour succeed or MPs coalesce around a compromise.

A source suggested that No 10 was also hoping to publish at least part of the Withdrawal Bill, which needs to pass through both houses of parliament in order for Brexit to be ratified, but they added: “Before we do that we need to make sure it doesn’t fall at the first hurdle.”

Read more:
Theresa May urged to Pull plug on Brexit talks with Labour