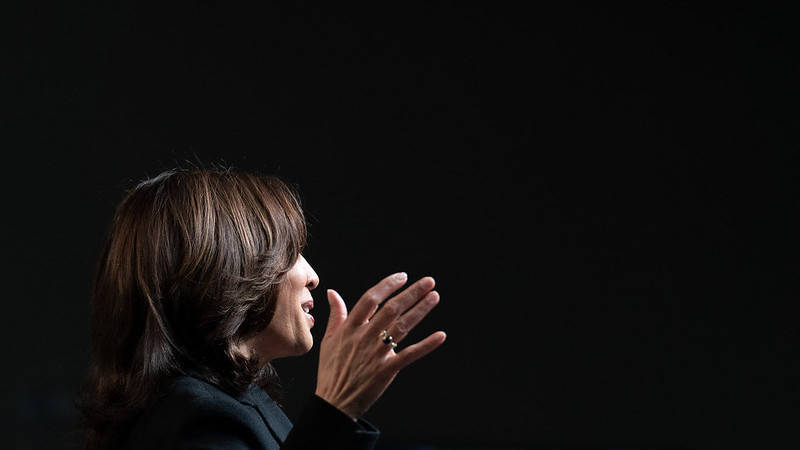 A man wanted by Texas police was arrested outside Vice President Kamala Harris’ residence in the nation’s capital, charged on several counts after authorities discovered a long gun and ammunition stashed inside his vehicle.

Paul Murray, a 31-year-old Army veteran from San Antonio, Texas was detained by Secret Service officers on Wednesday afternoon near the US Naval Observatory, which contains the VP’s mansion in Washington, DC. Local police later made a formal arrest.

Footage was taken at the scene by a man who happened to be traveling through the area, filmmaker Andrew Leyden, showing a large security presence and a man in custody on the side of the road.

Upon locating Murray’s vehicle in a garage some three miles away in downtown Washington, police say they found a firearm, a large quantity of ammunition and several high-capacity magazines, according to a local NBC affiliate. He was charged with carrying a dangerous weapon, carrying a rifle or shotgun outside of a business, possession of unregistered ammunition and possession of a large capacity ammunition feeding device.

Murray was reportedly wanted by police in Texas, with DC authorities saying the arrest was prompted by an intelligence bulletin from his home state. Internal police communications obtained by Fox 5 DC allege that he had been experiencing “paranoid delusions” and believed the government was out to get him. He is said to have purchased an AR-15 rifle and told his mother in a text message on Wednesday morning that he traveled to DC to “take care of his problem.”

While it remains unclear what Murray was doing near the VP’s residence, he reportedly told Secret Service agents that he wished to speak with the president.

Harris does not currently live at the Naval Observatory, as the building is undergoing renovations, residing for now at the presidential guest residence near the White House on Pennsylvania Avenue. On Wednesday, she was on the road, visiting states hit hardest by the coronavirus pandemic.

Murray served as an Army drone operator from 2010 to 2014, when he was medically discharged, according to the police communications, which also noted he had complained to authorities that he wasn’t getting sufficient support from Veteran’s Affairs and had stopped taking his prescribed medications.