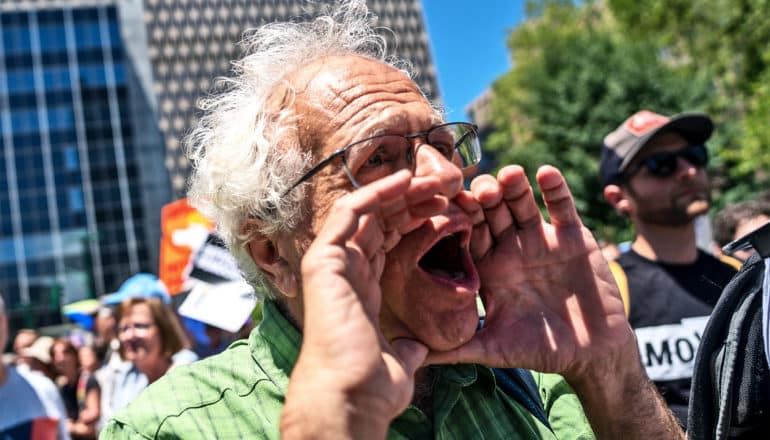 Working toward understanding around divisive issues such as gun violence, climate change, and immigration isn’t impossible, says Craig Rood, but he admits it won’t be easy.

If we truly want to make progress on these difficult issues, Rood says we must understand how we got to this point and be willing to let go of the “us versus them” mentality.

“My goal is not to advocate for a particular policy, but it is really to understand why these conversations are so unproductive,” says Rood, assistant professor of English at Iowa State University. “We need to listen to other viewpoints and try to understand the other side. If we cannot talk and listen to one another, then there is no hope for change.”

In his new book After Gun Violence: Deliberation and Memory in an Age of Political Gridlock (Penn State University Press, 2019), Rood examines how the past has shaped our collective memory and how that factors into the current debate. Regardless of the topic or issue, Rood says we must understand how shared memory, inattention to the past, and unchecked assumptions make deliberation difficult.

He offers four strategies to move beyond the gridlock:

1. Practice openness with others

Rood says we can practice openness in face-to-face conversations with friends or strangers, engaging with others in online platforms or reading information provided by advocacy groups (not just those we support, but those with a different point of view).

There are situations in which openness may be unproductive or potentially damaging. For example, Rood says there is nothing to gain from trying to understand people who deny the 2012 mass shooting at Sandy Hook Elementary School in Newton, Connecticut.

2. Isolate the point of disagreement

Openness won’t automatically lead to consensus and agreement on every issue, but Rood says we can establish some common ground. Before identifying the point of disagreement, he recommends starting with basic questions to find points on which you agree.

“With most issues there is shared common ground,” Rood says. “With the gun debate, people may disagree about specific restrictions on guns, but agree that we need to find a way to reduce gun violence. We need to find whatever that starting point may be.”

Once common ground is established, ask more advanced questions to isolate the point of disagreement. This is not where the conversation ends. Rood says this is an opportunity to explore why you disagree and consider ways you might resolve it or at least better understand the other side.

3. Search for the unstated

Debate is necessary for a healthy democracy, but productive arguments require both sides to acknowledge what is left unsaid, Rood says. Making our assumptions explicit not only gives an opportunity for shared understanding, but is a way to check our own reasoning.

Too often in public debate there is an “us versus them” mentality. The news media, social media, and the political environment play to this sense of rivalry and feed a divisive culture, Rood says. Recognizing assumptions on both sides can help us understand how our experiences, beliefs, and fears influence the debate. While agreement is not always possible, Rood says our goal should be “disagreements rooted in understanding and accuracy rather than demonization and distortion.”

With any issue there is a broader context and history that has shaped the current debate and should be considered. Studying history is one way to develop a historical perspective, but Rood says it does not have to be that formal. Simply stopping to ask and think about how we got to this point and what we have forgotten from history can be valuable.

History is not going to provide an easy answer—and it can be distorted to fit a particular argument—but it is there to help us see beyond the current moment. With an understanding of the past, Rood says we can focus on changes to create a better future. That may seem overwhelming given the current political environment, but Rood is optimistic.

“Gridlock is not inevitable,” Rood says. “I’d like to think there’s a world in which we can say, ‘I disagree with you, but let’s find a way to work together to address this problem.'”

The post 4 ways to move beyond gridlock in touchy debates appeared first on Futurity.