Alexa is cozying up to Xbox Game Pass. Today Amazon announced a new Alexa skill feature that it’s introducing for Xbox owners who also subscribe to the Game Pass service.

This isn’t the first Alexa skill feature for the Xbox. But it certainly may be the most useful if you just hate doing everything yourself. As a voice activated virtual assistant, Alexa is there to make your life easier. And it does this by doing everything from controlling smart home tech to answering your simple questions.

Now you can roll downloading games to your console into that mix. Meaning you won’t have to physically power on your console and initiate the downloads. Which in turn allows you to be more hands-off, and ultimately it keeps you free to do something else. 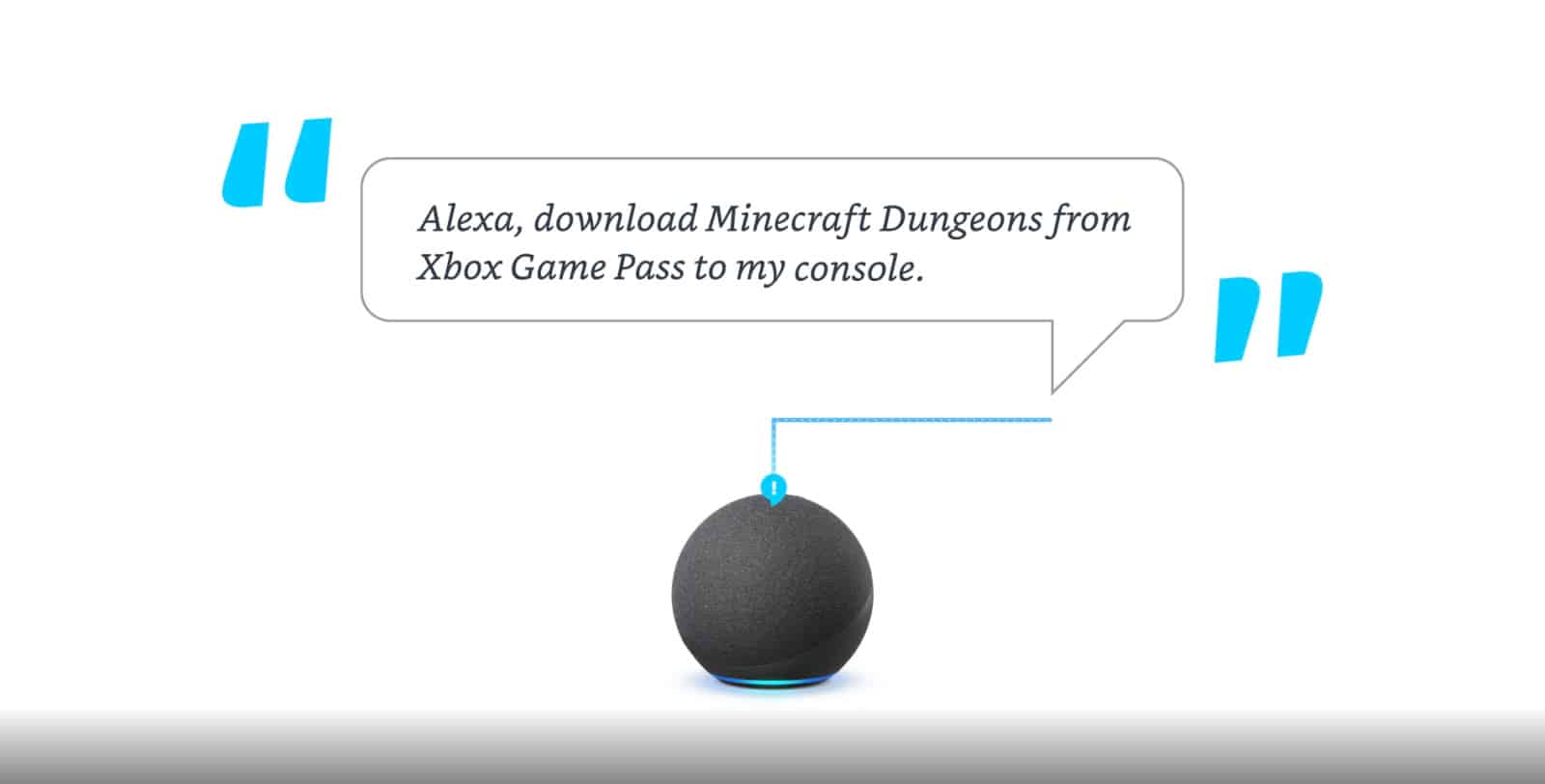 Could it be any easier? Probably. Microsoft could make it possible for games to be downloaded to your Xbox the moment you think about downloading them. But then the Xbox would have to be able to read your thoughts. Which probably isn’t what people want.

So having Alexa download your games for you might be the next best thing. It’s fairly simple to do, and all it requires is that you have the skill set up beforehand, and that you speak the phrase needed to start the download. As with any Alexa skills, you start by saying “Alexa” and then follow it up with a command.

In this case, downloading a specific game to your Xbox. But it’s important for users to specify downloading “from Xbox Game Pass” if they want things to work properly. Obviously you will also need something that has Alexa integrated into it. Whether it be an Echo speaker or any other Echo product, or Alexa on your Android device.

You can even start the downloads from devices like the Echo Buds, Echo Auto-enabled vehicles and more. So you don’t even have to be home to use the feature.

Making Xbox smarter than ever

With this new Alexa skill in place, the Xbox console is going to be smarter than ever. Amazon recently launched the Alexa app for Xbox and with it made it possible to access Alexa features right on the TV. Through the console.

This new skill takes things to another level and bolsters the feature value offered by the new Series X and Series S consoles.