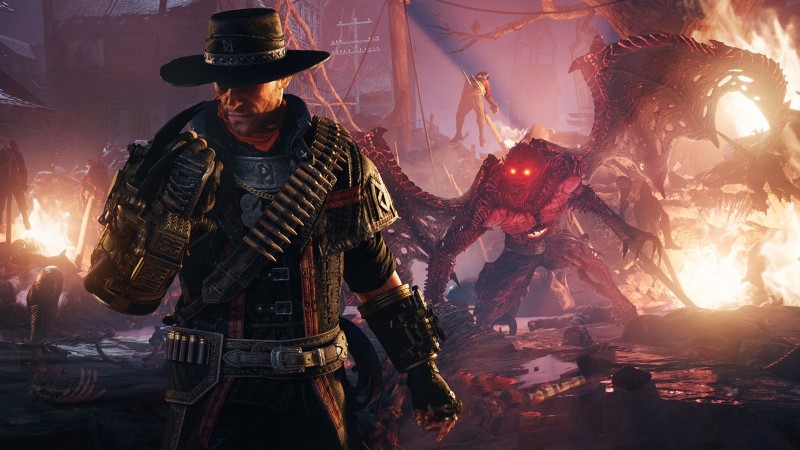 Players control Jesse Rentier, one of the last agents of a secret vampire-hunting institute. A dark force threatens the American frontier and it's up to him to blast it back to Hell. Besides conventional firearms, the trailer shows off Jesse’s multi-purpose gauntlet that sports, among other things, Wolverine-style retractable blades and can even channel lightning to deliver devastating attacks. As players progress through the narrative-driven campaign, they'll unlock new gadgets and perks to mold the gunslinger to their liking. Evil West can be played alone or alongside a partner in co-op. If you’re a fan of games with similar vibes such as Darkwatch, you may want to keep an eye on this one.

Evil West comes to PlayStation 5, PlayStation 4, Xbox Series X/S, Xbox One, and PC in 2021. It’s looking like a busy time for Flying Wild Hog, who also plans to launch Shadow Warrior 3 next year as well.