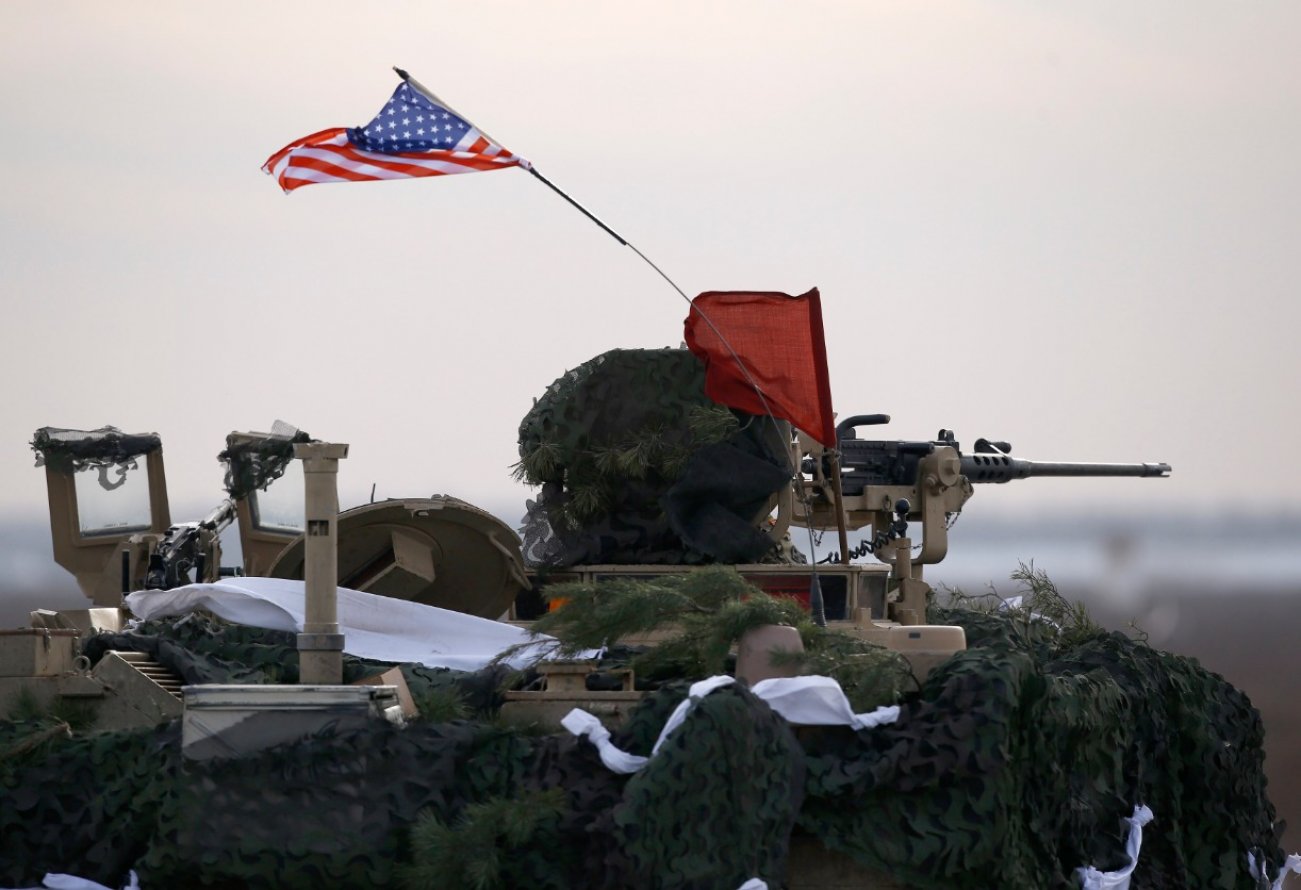 Why the US Marine Corps is not to be trifled with.

Here's What You Need to Remember: The Marines are not a heavy, mechanized force in the mold of the Army’s heavy brigade combat teams.

The U.S. Marine Corps prides itself on being America’s 911 force—a fire brigade that the president can call upon to fight the nation’s battles in an emergency.

Though the Marines have largely been treated as a de facto second land army over the past dozen years, the service is an integral component of the Department of the Navy and is primarily a maritime force. Therefore, the Marines—as a specialized amphibious force—argue that they need unique hardware to conduct their unique missions. While the service has many different types of weapons, here is a selection of their five key systems:

While not a “weapon system” in the traditional sense of the word, the Marine Corps warrior ethos and superb training make the service what it is. Every single Marine, from the lowest private to the Commandant himself is trained first and foremost as an infantryman.

Even the Marines’ naval aviators undergo nine months of infantry training as part of Officer Candidate School and the Basic School before they go off to flight school. The shared experience of fighting alongside Marines on the ground gives the service a level of cohesion that the other branches lack. Ultimately, it is the Marine Corps’ people that make it arguably the most effective branch of the armed forces.

With the United States theoretically ending combat operations in Iraq and Afghanistan, the service will shrink to a total strength of 182,000 Marines by 2017. But even at that reduced manning level, it will be nearly as large as the entire active British military.

(Recommended: The U.S. Army's 5 Most Lethal Weapons of War)

While the Marine Corps prides itself on being a strategically mobile medium-weight force, there are times when it needs the brute force of heavy armor. That brute force is provided by the General Dynamics M1A1 Abrams.

While not quite as advanced as the U.S. Army’s M1A2 SEPv2, the Marines’ M1A1 Firepower Enhancement Package suits the Marine’s purposes of supporting the service’s infantry. The Abrams is armed with a 120mm cannon and is protected with an armor matrix that incorporates depleted-uranium armor. With a 1,500hp Honeywell gas-turbine engine, it can move at more than 45 miles per hour.

The Marines are not a heavy, mechanized force in the mold of the Army’s heavy brigade combat teams. The entire Marine force has only three tank battalions—and the service has just shy of 400 tanks in total, most of which are stored in pre-positioned stocks.

The Bell AH-1Z Viper is the latest iteration of the Vietnam-era Cobra attack helicopter. While outwardly the AH-1Z looks like its predecessors, it is basically a completely new machine.

The AH-1Z is powered by a pair of 1,800shp General Electric T700 turboshaft engines that is coupled with a new four-bladed composite rotor system that gives the helicopter exceptional agility. It carries a suite of advanced sensors including a Lockheed Martin target sight system and can carry the Longbow radar system. Like the Army’s AH-64E Apache, it can carry sixteen Hellfire missiles, but also adds an air-to-air punch with its ability to fire AIM-9 Sidewinder missiles.

(Recommended: The 5 Most Lethal Weapons of the U.S. Air Force)

The AH-1Z also shares many common parts with the Marines’ Bell UH-1Y Venom version of the UH-1 Huey, which helps with the services logistics. However, on the downside, the Viper and Venom are unique platforms with the Defense Department, and have not been built in huge numbers like the Army’s Apache or UH-60 Blackhawk helicopters. That means the Marines have a more difficult time keeping their machines up-to-date with the latest advances—and it costs more.

While the Harrier is not the best fighter or strike aircraft—until the Lockheed Martin F-35B Joint Strike Fighter becomes operational—it is the only short-takeoff, vertical-landing aircraft that can operate from amphibious assault ships. The subsonic attack aircraft, though perhaps a compromise in many respects, is essential to the Marines’ unique concept of operations.

The Harrier will be replaced in favor of the Joint Strike Fighter over the coming years. The service hopes to retire the venerable jet by 2025, reversing an earlier plan to keep the AV-8B in service past 2030. Instead, the Marines will keep their Boeing F/A-18A/B/C/D aircraft until the F-35B replaces those jets also.

As a highly mobile, medium-weight force, the Marines don’t want to be weighted down by heavy armored vehicles. However, some mechanized forces are necessary.

For the Marines, many of those needs are met by versions of the General Dynamics Light Armored Vehicle series (LAV). A Marine light-armored reconnaissance battalion includes many variants of the LAV, including the LAV-25 LAV-AT, LAV-L, LAV-M, LAV-Rs and LAV-C2s, which all have their individual functions, ranging from anti-tank and anti-air to command and control.

Fast and agile, the most common LAV-25 is packed with a 25mm automatic cannon and a pair of 7.62mm machine guns. It can move at speeds exceeding 63 miles an hour.

This article first appeared in 2015. It is being republished due to reader interest.