As a horror writer myself (cough, insert shameless plug here) I have an affinity for Lovecraft and his creations. A lot of horror authors, including the great Stephen King, cite H.P. Lovecraft as an influence. This video game is actually based off of a pen and paper RPG under the same name. This had everything I want as a player since I love horror, pen and paper RPG’s and, in the vain of this specific title, Real Time Strategy (RTS) games like Xcom: Enemy Unknown. Achtung was set to be a slam dunk… and then the game happened. 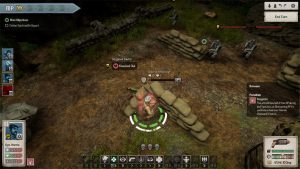 Allow me to start off by saying that this is, by no means, a bad game. The graphics are good for the switch and the controls handle well enough. Unfortunately, this game reminds me of something that I would have played during the Xbox/PS2 era. What I’m getting at is there were stronger templates to build this game off of and instead they left a lot out and it showed in the game.

Try and survive against Nazis, supernatural monsters, cultists and other baddies with a copy of Achtung! Cthulhu Tactics from Amazon.

Achtung takes place during World War 2 in the Ardennes Forest. You are in command of a special unit of four individual that are used to dealing with eldritch horrors. After each mission, your characters gain experience, level up and you can upgrade your characters with sexy new abilities. I was still intrigued by this, although I was starting to get exhausted that it was nothing but mission after mission, there is no base building or anything to do between battles. It also doesn’t help that this game has a pretty low difficulty curve, especially for an RTS.

I was expecting frustrating challenge and having to work out a solid game plan for each mission, but nope, this game is essentially a bunny slope. Once I got everyone to their second round of upgrades I wasn’t so much riding down easy street as I was driving an F1 racer down it. 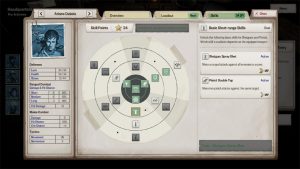 One thing that really bothered me was the lack of characters and pretty much no flexibility with unit layout. You get four characters that have their primary weapon and, in some cases, a secondary weapon that you could use instead. The choices are practically meaningless. No sniper units are available and the characters could be replaced with sock puppets for all their personality matters. It caused me to not be invested in the characters which affected my immersion. 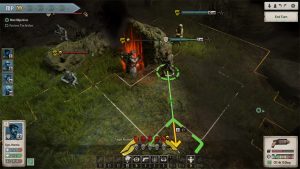 The big gameplay mechanic is the Nazi’s hide in darkness and you have to move a vision cone to expose them when you get to cover. At first this is a slight curveball you have to work around so you can actually hit the people trying to give you a lead facelift. However, it doesn’t take too long around the midpoint of the game for it to just become tedious and just something that ends up wasting time because you have to keep chasing them across the battlefield. You know, now that I mention it, that pretty much sums up everything I need to say in this review. The first half was fun and intriguing, the back half was tedious with little payoff. 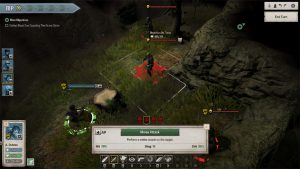 Action points is the other major complaint I had during playing. You start with twelve action points and it takes half to shoot your weapon and 2 to move a couple feet. Our glorious chief editor and I discussed this and he told me this system is more used in Jagged Alliance, which I have never played. Before anyone get after me in the comments with pitchforks, let’s remember that this is not the subject of this review. Also, I will ask the chief editor for his recommendation for a Jagged Alliance and start playing it, but I digress. 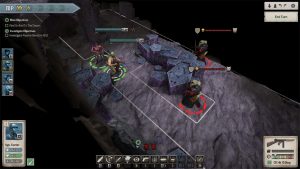 My character used a sixth of his total action points to go two steps to the left and get behind cover. This annoyed me beyond any measurable scale known to man. In the army, I had an M203 grenade launcher attached to the bottom of my M16. It did not take me that much effort to walk two steps and get on my knee. Petty, I know, but it still bothers me. 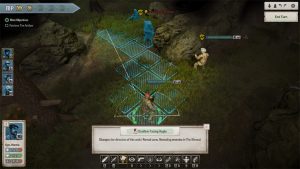 All that said, I don’t hate this game. I do feel it was an opportunity missed and it made me want to play games like Xcom. That said, this game has a metric ton of potential and if the developers take another crack at it I want to give it a go. This game is just a character and story adjustment away from being great, and I want to see it get there.