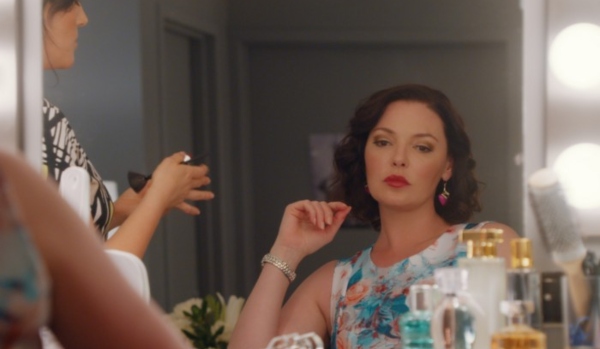 I’m around 16 or 17 years old, getting into one of many daily arguments with my mother. My default crime wasn’t swearing (while I curse on here, I never had the balls to do that as a teen) or wearing trashy clothes. My crime wasn’t about a boy or staying out late.

No, my default crime was plain ol’ teen angst. Angry that I couldn’t do all the fun things my “western” friends could do that were banned by my religious, immigrant parents, my attitude translated into sass.

I yelled something about how I couldn’t wait to grow up and move out. There was the tried-and-true “I didn’t ask to be born!” reply to my mother’s, “we sacrificed so much for you!” screams.

This time, my mother yelled the words that forever stick like glue to my bones: “you’re such a bitch, your husband is going to beat you”.

There are many things I’ve written about in-depth and ad nauseam on Medium. Affairs, parenting, marriage, divorce, pandemics, and bad sex are topics I know very well.

I’ve never felt compelled to write in-depth about my mother because my story isn’t any different than most women’s. There’s one of three types of relationships a female can have with their mother: nonexistent (deceased or absent), tumultuous, or wonderfully delightful.

The women who are in the first two categories are forever jealous of the women in the third.

There is nothing ambiguous about the categorization. Every woman knows which type she has with her mother.

Katherine Heigl plays Tully, a woman with no father and an emotionally absent, drug-addicted mother.

Is Tully psychologically fucked up? Yes, yes she is. Does she let the world show it? Of course not. On the outside, she’s fierce and driven.

Through the different time periods, we see the same predictable behavior: Tully puts faith in her mother and every time, her mother lets her down.

Tully’s friends become her surrogate family and she pours her heart into them. And yet she’ll jump through hoops to gain her mother’s favor even though she sets herself up for heartbreak, again and again. Tully resents her mother and is embarrassed by her and yet, she forever craves her approval.

You are blessed if this doesn’t resonate with you.

I try to cut my mother slack for her shitty parenting.

My mother married my dad in, what I also presume based on math, was a shotgun wedding because of my brother’s date of birth.

They were hip and cool immigrants to London; my mother from Austria and my dad the eldest of eleven Indian brothers and sisters.

When I was little, my dad became a religious nutbag. I mean, full-on, “I’m going to burn this house down and we’re moving to an island” level of Islamic zealot. My mom, with no means of supporting herself and no longer having the network of friends she once had, tagged along his crazy train.

My dad forced her to entertain other families from the mosque. Except that these immigrant families never had wives who spoke English. Their husbands were the ones who worked and knew the language, however that meant nothing since the men and women are always separated due to religious rules.

I can’t imagine being forced to entertain women in my own house who don’t speak my language because my husband insisted upon it.

Either I would find bilingual women to bridge the gap (in a pre-internet era, that wasn’t an option) or I’d leave out a plate of cookies while saying, “peace out!” after the fifth year of these events.

In other words, my mom had a hard life. No father. No mother. A shitty stepfather. Isolated because of her husband who converted to religious extremism. Left alone for months on end to take care of his non-English-speaking family while he worked on a ship. Forced to slap on a smile while entertaining the wives of other immigrants who couldn’t answer in English if they wanted sugar with their tea.

I try to cut her slack. Really, I do.

You don’t fully realize how toxic a parent can be until you have children of your own. You compare in your mind what a horrible person you were at 8 with your own 8-year-old; in your mind, you were treated like an adult whereas you treat your child like…well, an actual child.

As a kid, I stopped showing my mother my achievements because she was too stressed with her shitty life to care about mine.

“Mom!” I’d rush in the kitchen, excited to show new artwork. “What?! What do you want? Every five minutes you people are bothering me!” (Not sure why, but my mother called her children “you people” which I assumed was a translation thing from German to English.) Eventually, I grew tired of feeling like a nuisance and stopped telling her good things that happened to me.

It’s probably why I rarely tell anyone meaningful things in my life and stick to superficial subjects.

When my children rush to me now for the umpteenth time, I bite my tongue from having the same reaction. I’ve mastered a gritted teeth, “yes my sweet child, what do you need?” or “I’d love to look, I just need to finish this one thing up before I come over.” It’s hard to not reply, “every five minutes you’re bothering me” as a default response.

As I got older and my mother grew more miserable, she’d stay in bed not for days on end. Years on end. We never ate family meals, so she no longer had to care about cooking for anyone other than herself and my dad. I could either fix myself a plate of whatever was extra or I could make my own dinner. While languishing in bed, she’d repeat how she wished she’d never had my brother and me.

Her life would have been so much better without us. Sometimes in her wallowing, she’d go on to say how she could leave my dad if it wasn’t for us kids.

I recently reminded her how she used to say that. My mother’s response? She laughed and said, “did I say that?” Yes mom, you did, perhaps you’ll remember it better if I hand over the bills from years of therapy. When the one person who is supposed to love you more than anyone else ever could tells you that you’re disposable, it’s a significant blow to your self-worth. If your own mother doesn’t think you’re worth existing, how could anyone else ever love you?

Before bed, I tell my children that they’re my most favorite kids in the whole world. I ask them, “do you know that I love you so much?” and get the obligatory, “yes, we know, why do you keep telling us that every night?” annoyed response. In my head, I reply that it’s because I never want my kids to think I don’t value them.

In Firefly Lane, Tully doesn’t form lasting romantic relationships. She makes others disposable before they can leave her. Sex is a brief connection and moment of intimacy before she casts them off so she isn’t forced into human emotion. She’s learned to distrust love and security from other people.

The impact of shitty motherhood buries deep into interactions with others. While I’ve had many serious relationships, they’ve been at arm’s length. I don’t take pride in saying that men fall in love with me easily. They’re not in love with the real me. They’re in love with someone who pretends she doesn’t care to commit (men love the chase) and also knows how to play the part that satisfies their emotional voids.

My quasi-ex-husband doesn’t even know who I am. Wanting a divorce is part of living authentically. On the occasions that I’ve let my true self show, it’s cause fights. There’s no incentive for me to be myself in this marriage and every day felt like I was dying inside.

Only twice have I ever shown the “real me” to romantic partners and I’m still reeling from the shock of the most recent time. It’s unlike me to feel this needy and ache to be with someone; I’m used to walking away without a second thought. This heartbreak forced a level of introspection I’ve never done. If only decades of therapy had been this effective.

Last year was a turning point in my “wahh wahh I had a shitty childhood” lifetime of wallowing (I wrote more in-depth about it here).

I stopped trying to decipher all the ways that every statement my mother ever said impacted my personality or how her actions turned me into a hot mess of a human.

It dawned on me that it’s simple: she was a horrible parent. It had nothing to do with me. My mother had a crap childhood and a shitty marriage. She just sucked as a parent. End of story.

Once I removed my perspective that my mother determined my worthiness (as all children are born to do), a light switch turned on.

Why am I letting an emotionally-stunted and traumatized person making me feel awful about myself, decades later? I was continuing her work every day by berating myself in my head and self-torturing as if it was my penance for existing. I wouldn’t allow myself to be happy because I didn’t deserve it.

Now, after weeding out the negative talk and mental self-abuse, I distill my thoughts of low self-worth as just the by-product of one person’s lifetime of actions towards me (my dad wasn’t much better but he wasn’t around to make the same impact). While I’m not into a hippie mindset of “I love myself and that’s all the love I need”, I’ve learned that I get to be the judge of my character and self-worth.

Eight years ago, in the thick of my son’s chromosome disorder treatments, I trekked my family to my parents’ house. My mother let out a melodramatic sigh and said, “Well Jen, I must admit…you’re a pretty good mother.”

“Um, thanks?” I replied to her back-handed compliment. At the time, it was another strike to my core existence.

Now when I have my weekly video chat between her and my children, I’m able to roll my eyes at her thinly-veiled insults.

When I watch Firefly Lane, I want to reach through the screen and hug Katherine Heigl. While you can’t undo years of trauma, you can realize that your mother isn’t the judge and jury of your self-worth. That’s entirely up to you and no one else.

Premium Members get to view The Good Men Project with NO ADS. Need more info?

The post What Firefly Lane Gets Right About Toxic Mother-Daughter Relationships appeared first on The Good Men Project.