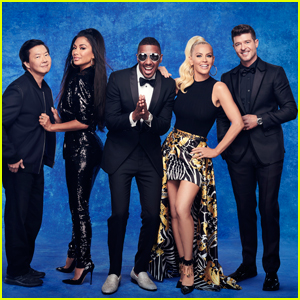 The Masked Singer is back!

As viewers might notice as they watch the premiere, it appears as if there is an audience in the studio, however, no one is actually in the stands because of COVID-19 safety protocols.

“It feels that through virtual reality and composite and reaction shots, we managed to create the feeling that there were people in the room,” Fox Entertainment’s President of Alternative Entertainment and Specials Rob Wade shared with Deadline.

“It’s going to feel very much like [previous seasons], it’s not going to feel different,” Rob continued. “You’ll notice that the audience will feel like it’s behind the judges. The one thing I’m expecting is for people to say is ‘How come they’re not COVID friendly? The audience aren’t wearing masks.’ Through various quarantining and various camera tricks, we’ve managed to do it.”

“We went above and beyond the outlines of the CDC and local authorities in order to keep people safe,” Rob mentioned.

If you missed it, The Masked Singer added a new twist for season four!

New episodes of The Masked Singer air on Wednesday nights at 8/7c on FOX.