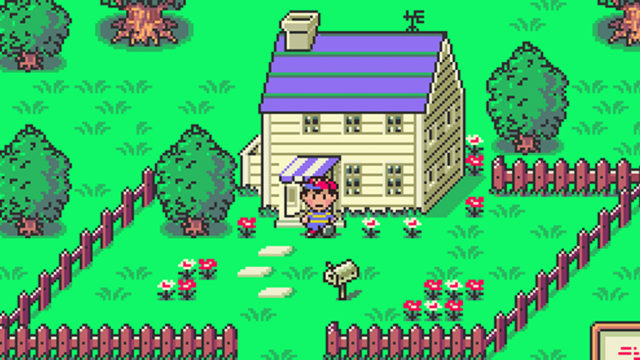 Mother, EarthBound— regardless of name invoked to talk about the franchise, it remains one of the biggest cult classics in Nintendo history. While fans wait impatiently for the long-rumored translation and release of Mother 3 here in the west, word has come that there’s a whole other EarthBound installment that never went past the discussion phase of development; we’re not talking EarthBound 64, either. The game we’re discussing today was a proposed partnership between Nintendo and Namco that would’ve brought the series to GameCube!

Yasuyuki Honne is currently a producer at Monolith Soft, but back in 2003 he had recently finished toiling away on the Baten Kaitos series. He was called in to present a proposal for bringing a new EarthBound/Mother installment to GameCube. Speaking to Japanese outfit Denfaminicogamer, Honne said that the late Nintendo president Satoru Iwata had approached him about creating the visual mock-ups for the pitch (which would’ve utilized a felt-themed aesthetic take on ’80s America). Iwata, a friend of EarthBound/Mother creator Shigesato Itoi, hoped the maneuver might court Itoi’s approval of the project. 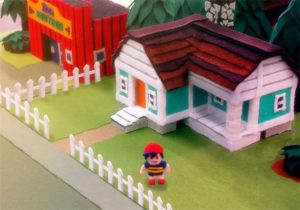 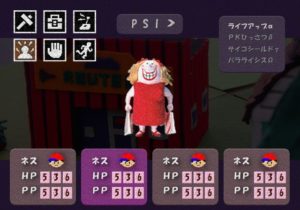 Honne recounts what followed during the meeting:

“Itoi-san said, ‘I bet Iwata-kun put you up to this.’ We were both flabbergasted. Iwata-san had a look that said ‘Aw man’ on his face. In the end, the talks didn’t go through, but even Itoi-san was interested in the felt style recreation of 80’s [sic] America idea I had. These is [sic] the pictures, which I doubt will ever see light again. These are my memories of Summer 2003.”

Honne provided the above images, which were part of the presentation to Itoi and company. It’s a shame that the project never came to fruition, but it’s still great fun to imagine what could have been. It’s been years since Mother 3 launched in Japan (13, to be precise) and Itoi has expressed that making another would be “impossible.” In 2015, he elaborated on that point to Nintendo Life, stating that he essentially wanted to pull a “Seinfeld,” or rather, to go out on top as opposed to overstaying his welcome.

Who knows, though— Honne did say that Itoi liked the art direction of the pitch. Will we ever see a proper Mother 4/EarthBound 4? Sound off in the comments and on social media!

LaptrinhX
—
Namco Once Pitched an EarthBound Game
Share this