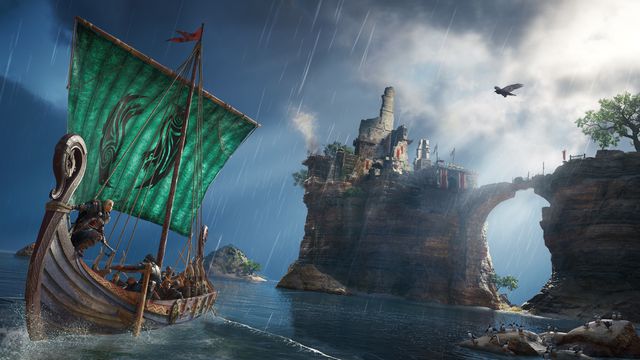 Reaction was mixed to Microsoft’s Inside Xbox livestream that showed off some of the first Xbox Series X gameplay, with many viewers complaining about the lack of actual gameplay on display Thursday morning. The YouTube upload of that Inside Xbox episode has been downvoted over 23,000 times (compared to more than 18,000 thumbs-up votes), and commenters vented frustration with what Microsoft and its partners showed.

Xbox games marketing general manager Aaron Greenberg responded to blowback about the Inside Xbox livestream, saying that Microsoft “set some wrong expectations” about what would be shown and adding, “that’s on us.”

This week’s Inside Xbox promised a “first look at next-gen gameplay,” but the 27-minute show offered little of that. Some video previews of Xbox Series X games were labeled with stipulations that footage was “representative of expected Xbox Series X” gameplay or visual quality. In-engine previews of games like Madden NFL 21 comprised mere seconds of next-gen visuals, and for the big draw, Assassin’s Creed Valhalla, Ubisoft offered what some viewers labeled as just another cinematic trailer.

Microsoft has heard that feedback loud and clear, Greenberg said.

“Had we not said anything & just shown May Inside Xbox show like we did last month, I suspect reactions might have been different,” he wrote on Twitter. “Clearly we set some wrong expectations & that’s on us. We appreciate all the feedback & can assure you we will take it all in & learn as a team.”

Assassin’s Creed Valhalla creative director Ashraf Ismail likewise took a conciliatory approach to fan feedback on Twitter, saying, “You rightfully expected to see more today. We have a long marketing campaign ahead of us, you will see in-depth gameplay and get a lot more info about the game.

“Thank you for your excitement and passion! Be patient with us and be kind. It will be worth it!”

Of course, showcasing next-gen visuals on YouTube presents its own challenge, to say nothing of the pressure of trying to launch a next-gen console and video games amid the coronavirus pandemic. Many next-gen features, like 4K resolution, frame rates up to 120 frames per second, and HDR lighting, as well as fast loading times with built-in SSD hardware, aren’t best showcased in compressed YouTube or Twitch video. But Microsoft has more reveal events to get its promotion of the Xbox Series X right. Another major presentation, this time focusing on first-party Xbox Game Studios titles, is slated for July.