You may not be ready to list your small business on the stock market, but that doesn’t mean that you’re aren’t in a position to have shareholders in your company. This can happen if you set up an Employee Stock Ownership Plan—or ESOP. What is ESOP? That’s what we’ll help you understand.

At a very top level, an ESOP is an employee benefit plan that gives workers the opportunity to own part of the business for which they work. Not every business offers them but, an ESOP can help motivate employees and reward them and has some unique benefits, which may make it an appealing option to your human resources department. ESOPs can help you as a small business owner with things including tax incentives as well as helping your closely held business plan for its future. It can also help differentiate you from similar businesses in your sector, and signal to potential employees that you’re a worker-friendly operation. As you’ll see, some major and well-admired companies have ESOPs—some are even majority employee-owned.

We’ll go through what an ESOP is, how it works, the situations in which you would set one up as a business. After this, you should be able to understand the fundamentals of ESOPs, and whether they might be a fit for your business.

What Is an ESOP?

ESOP—or Employee Stock Ownership Plan—is an employee benefit that you can offer to your staff. An ESOP gives employees direct ownership of shares of your company. It can be used to incentivize employees as an award, for instance, in lieu of a cash bonus. It can also be an incentive for employees to stay on board to accrue more ownership in your company, and thus a bigger financial incentive when they finally depart.

You may be familiar with several types of outside ownership in companies through forums via employees purchasing stock or being granted equity, or employees engaging in profit-sharing. An ESOP is a little different in that the company is generally set up as a contribution to the employee. It is not a purchase that the employee makes. Additionally, ESOPs are generally provided to the employee with no up-front costs.

When an ESOP is established, a trustee or committee of employees is generally established to represent employees’ interests. Things that are negotiated may include how shares are distributed, limitations around shares, and whether or not the shares are voting or non-voting shares. Designating an employee or employees to represent the interests of workers isn’t just a good thing to do—it’s a rule for companies that have ESOPs. Note that ESOPs are only applicable to employees and 1099 workers are not eligible.

ESOPs are not always offered, but can provide a strong incentive for employees to work hard and align with the company’s profit-making interests. When a company does offer an ESOP, it’s required that all employees are eligible unless they voluntarily opt out, and employees must be eligible for the plan within a year of their employment. 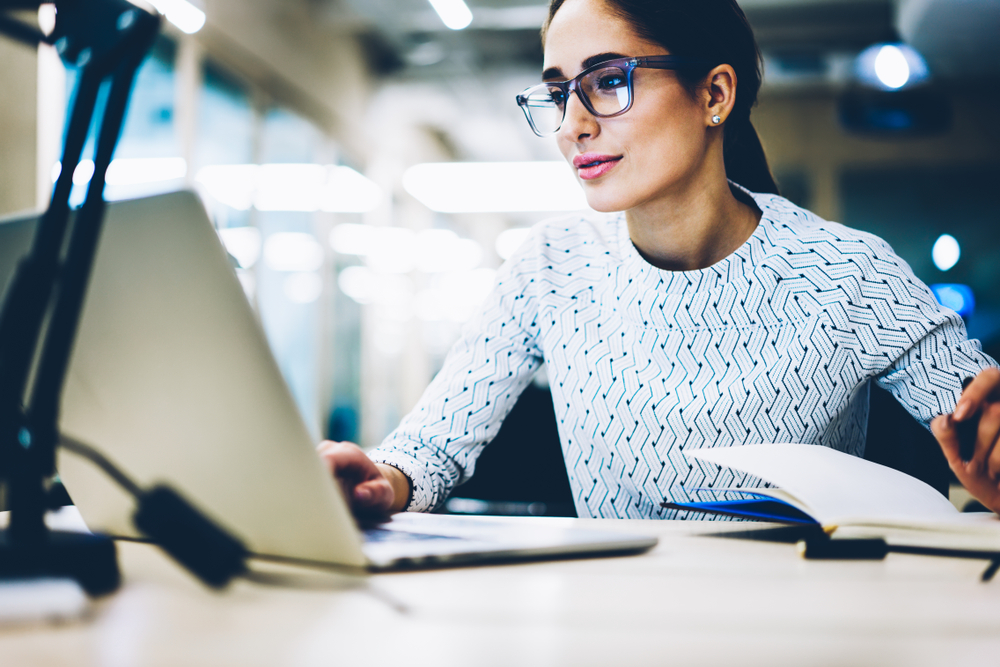 How Does an ESOP Work?

Now that we know what an ESOP is, let’s go over how one functions.

These employee shares often “vest,” which means that they reach their full value after a certain period of time—this is generally three to six years. Until that period, employees earn incremental ownership over their shares, depending on how long they’ve served at the company. For instance, if your shares have a four-year vesting period, and you have an employee who’s been there for two years, that employee is half vested.

Most ESOPs aren’t set up to vest all at once, but rather offer a “vesting cliff,” a point at which employees will own the percentage of their shares they’ve accrued based on their service time—if they leave before the vesting cliff, they generally forfeit their shares. When an employee leaves, the company buys back the shares, and the employee will receive the corresponding value (number of shares and how vested they are) based on the company’s valuation.

Beyond just offering ESOPs, some companies are majority employee-owned. This happens when employees have the majority holding—the majority of shares—in a company. In this case, certainly employees generally have voting rights. Note that this is different than a cooperative, because not all shares are distributed equally among employees.

Why Would a Business Set up an ESOP?

There are actually many reasons why your business might want to set up an ESOP.

First and foremost, an ESOP is an employee benefit. An ESOP can motivate employees to work hard when they’re given a reward of shares in the company. ESOPs add to a positive company culture.

Additionally, an ESOP often helps put ownership and employees on the same page; since employees, as direct shareholders, will benefit from a company’s success, employees will often align themselves with business decisions that are good for shareholders.

ESOPs can also provide significant tax benefits for the companies that offer them. We’ll go into this in more detail in a few, but what you need to know is that many companies set up ESOPs in order to get a tax deduction, since contributions to the ESOP are often tax deductible.

Many companies also set up ESOPs for succession planning. If a company’s owners are retiring, for instance, an ESOP can create a market for shares in the company that employees can get. If you’re planning on moving on from your company as an owner, setting up an ESOP can help transfer majority ownership.

Another important piece to know: You would not set up an ESOP to save your company if it’s in hot water. Companies must be prepared to buy back shares from employees, and therefore must have stable, secure patterns of income.

If you’re still wondering what an ESOP is, it may be helpful for you to contextualize that question with businesses that follow this model. ESOPs are an international phenomenon, and you can find examples of employee-owned companies throughout the world, across sectors. In the US, here are some examples of employee-owned companies that you may want to know about and research:

…and plenty more. As you can see, there are a wide variety of companies of different sizes and in different sectors. 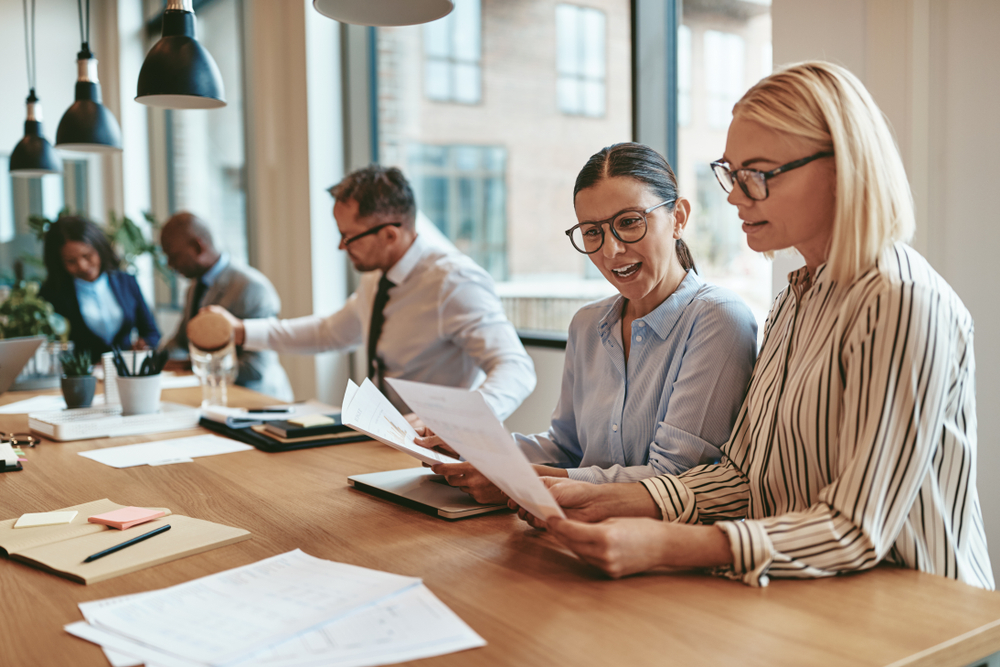 We’ll take a separate section for taxes. That’s because, as we mentioned, there are significant tax incentives for businesses who set up ESOPs. These incentives are not a mistake—rather, they’re in place to encourage businesses to offer ESOPs.

Here is a basic overview of some of the main tax benefits of an ESOP:

There are other benefits, too, though they vary depending on the way you’ve set up and funded the ESOP, and the type of business you have.

If you’re interested in setting up an ESOP for your company due to tax incentives, you will want to have an in-depth conversation with your accountant, who can help you understand where your opportunities are.

Pros and Cons of ESOP: An Overview

Now that you’ve learned about some of the nuances of setting up an ESOP, perhaps you’re considering one for your company. Only you can know whether setting up an ESOP is right for you. But it’s helpful to take a look at the pros and cons of an ESOP to help you weigh the opportunity.

Benefits of an ESOP

The benefits of setting up an ESOP include:

Drawbacks of an ESOP

Should Your Company Set Up an ESOP?

Maybe! Offering shares of your company to your employees can not only be a great way to incentivize your existing employees, but to also help your business stand out. Additionally, if you are retiring, you may want to consider an ESOP to help secure the future of your legacy, and leave the company in capable hands who care about your business.

Note that it takes money to set up an ESOP, and your company should only do it if you can afford to purchase the shares and still run the business, and also buy them back in the case of departing employees. If you’re still a very small operation, this may be hard for you from a cash-flow standpoint, and you may want to table setting up an ESOP until you have multiple employees (say, at least 25).

The post How Does an Employee Stock Ownership Plan (ESOP) Work? appeared first on Fundera Ledger.

LaptrinhX
—
How Does an Employee Stock Ownership Plan (ESOP) Work?
Share this