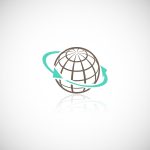 Interesting posting at Finextra based on a press release, since the mentioned companies are both Hong Kong-based startups.  H&H is a 2010 venture that operates as a corporate payments solutions and FX services specialist.  The other company is Global Envoi, for which there is a bit less available information, but got a Hong Kong license in 2016 and seems to specialize in payments processing and clearing into mainland China.  Through an exclusive partnership with Metropolitan Bank in China, the company has access to the PBoC clearing system, a key to other mainland banks. We just recently posted member research on B2B cross-border payments space, so the subject matter is in relatively high focus.

‘H&H offers FX clearing services in the USD and other major currencies to a number of destinations including Indonesia, Korea and India. The acquisition gives the company a solid edge in the all-important Chinese payments market which sees billions of dollars moving in and out of the country in trade-related payments annually. With Global Envoi acquisition, H&H has acquired a vital channel to process commercial payments in USD, EURO, JPY, GBP and other major currencies to all major banks in China…. A fintech company with a license from the Hong Kong Customs & Excise Department, Global Envoi enjoys an exclusive partnership with Metropolitan Bank (China) Limited for processing B2B payments in China. Metrobank China is a subsidiary of Metrobank Group, a fully licensed bank in China that can execute payment to all major banks in China connected through the country’s central clearing system.’

The B2B cross-border payments experience, which remained fairly static for decades, has been undergoing some change for the past several years. Through a combination of new channels and improvements to and repositioning of existing ones, industry is starting to realize a faster, more transparent and seemingly less expensive cross-border payments ecosystem.  We have seen a buildup of domestic real-time and faster payments systems pretty much across the globe, especially during the last five years.  The use cases have been predominantly P2P, C2B and B2C, but now also becoming more focused on gaining B2B uses.  A primary example is the Real-Time Payments (RTP) system from TCH,  launched in the U.S. back in 2017, which was essentially purpose-built for more robust B2B uses (extended remittance data and request for pay being key).  So consumers and businesses are getting used to real-time as ubiquity nears, which translates into demand for the same thing in B2B, especially cross-border, and perhaps more importantly flexibility for the SME sectors.

‘Mr Ye Guimin, the founder-CEO of Global Envoi said, “We are extremely pleased to be part of the H&H group which has strong capabilities in cross-border payments space in Hong Kong and elsewhere. Global Envoi compliments H&H’s capabilities and its infrastructure. The association of the two like-minded businesses offers a great opportunity for the SMEs/VSEs anywhere in the world to be able to make quick, convenient and cost-effective payments to China.” ‘