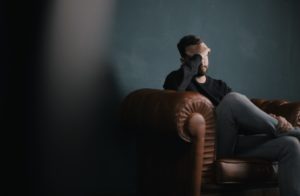 Despite the increased openness around mental health, Milkround research has found that workers are still shying away from admitting to their struggles with colleagues.

Exactly half of all UK workers admit to suffering from mental ill health, a figure that alarmingly rises when exploring age ranges. A worrying 72% of Gen Zs and 58% of Millennials experienced mental health issues, with the difference proving particularly stark when compared with those over 35s, with only 39% reporting the same.

When asked if your career was contributing to mental ill health, a similar story emerges. Nationally, one in four said their job was negatively impacting their mental health, but this figure jumps significantly with the younger respondents more likely to link mental health struggles with work, as nearly two-thirds from Gen Z and Millennial groups attribute work stresses to the cause of mental health issues.

For those that experience mental health issues, it is still not the ‘norm’ to reach out for support; currently 69% go undiagnosed. This is echoed in the workplace, where 49% of people did not feel that they could take a mental health sick day from work, even when needed.

Despite the high level of people that suffer from mental ill health in the UK, it is still seemingly taboo to admit to feeling mentally unwell in the office, where only 29% have taken time off to care for a mental health issue.

Hesitance in taking a mental health sick day was linked back to judgement in the workplace. Concern that colleagues would make assumptions about them and their mental health was the lead issue, seconded by the discomfort felt when talking to employers. 23% of respondents were even concerned that a resulting day off would go as far as to damage their career.

Gen Z and Millennials were consistently found to be more open about their mental health issues and specifically suffering from the negative connotations implied by the media term: Snowflake.

71% of Gen Z believe that being called a ‘Snowflake’ has a negative effect on young people’s mental health, rising to 75% that are – as a result – concerned about taking a mental health day for fear of being labelled by this, or similar. The detrimental ‘Snowflake’ effect is becoming such a concern for the younger workers, that 43% would not take a mental health sick day to avoid being linked to the ‘Snowflake’ generation.

Natasha Devon MBE is a writer, presenter & activist, who has authored and contributed to books on mental health and body image comments on the research findings; “My work in schools, colleges and universities over the past decade has revealed a truly promising reduction in mental health stigma and increased emotional vocabulary amongst young people. Yet, this study by Milkround shows that, once they enter the workplace, some of this progress is being undone. Evidence shows employees who look after their mental health are more productive, so it’s in employers’ best interests to advertise the existence of mental health sick days and encourage their staff to take them, if needed.”

Georgina Brazier, Graduate Jobs Expert at Milkround said: “Our 2019 Candidate Compass report identified that 1 in 3 students and graduates suffer from mental health issues, and we therefore wanted to delve further into this subject. There is no doubt we have made significant societal gains in developing more positive and open attitudes towards mental health, but our research suggests that these societal gains have not yet been fully incorporated into our workplaces.

“Despite workplaces working harder than ever before to adopt positive mental health practices, 76% of people still feel that they cannot be open with their employers about taking sick days for mental ill health. This is especially saddening when our research suggests that over half of those who have taken a mental health sick day, reported increases in not just their well-being, but their productivity too.

“Mental Health Days are clearly a win-win for both an employer and employee. We’re using this research to drive awareness about the necessity for mental health sick days and encourage employers to take these.”