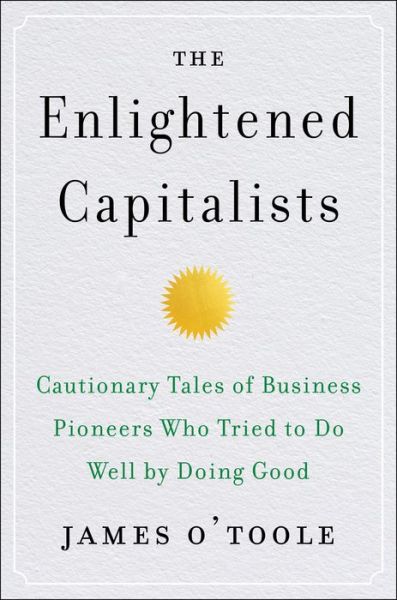 Common to all mankind, Adam Smith wrote, is “the propensity to truck, barter and exchange” goods. Indeed, at some point in prehistory, one of our ancestors may have swapped a bunch of apples for a joint of meat, and the species has been engaged in business ever since. Hence it might be said, contrary to competing claims, that the world’s oldest profession is business. If you think about business in terms of stories, as I do, one story is as old as human society itself: the one about the division of labor, and the trading of goods to meet the necessities of life. For most of early human history “business” consisted solely of trading and bartering. To increase the odds of their survival, early humans learned that if they voluntarily cooperated—first in families, then in tribes, and later in communities—they would fare better than if each person sought to satisfy all of his or her own basic needs for food, clothing, and shelter. Although humans are patently self-interested creatures, they are, at the same time, “social animals,” as Aristotle was the first to observe (his teacher, Plato, had earlier described the advantages of the division of labor). Since there could be no human progress without commerce and trade, businesslike activities were initial steps toward the creation of early societies.

Over the millennia, as human societies became formally structured, caste hierarchies arose in places like India, where each caste was assigned to a certain occupation; in other locales—Europe, in particular—feudal systems evolved in which serfs worked for noble lords who assigned them specific tasks, for which they were paid not in cash but by the use of plots of land on which to provide their own food and shelter. In medieval times, business in urban areas came to be conducted by traveling traders who brought goods from distant lands, and by skilled self-employed specialists—shoemakers, dyers, weavers, blacksmiths, silversmiths, potters, millers, and the like—aided, at most, by their own children and perhaps one or two apprentices. Sometimes members of those professions formed guilds, the main purpose of which was to protect their monopolies in their particular trades or crafts. As late as the fourteenth century, the only organizations employing more than a dozen or so individuals were armies, navies, churches, and states. Before that time, there is no history of business enterprises as we know them today for the simple reason that such organizations (companies) did not yet exist. And corporations—originally called joint-stock companies—did not come into being until the seventeenth century, although the seeds of modern enterprises were first sown in Europe at the dawn of the Renaissance. It was then that traders like the Italian Francesco Datini began to engage in what we would recognize as proto-capitalist activities.

LaptrinhX
—
The Enlightened Capitalists: Cautionary Tales of Business Pioneers Who Tried to Do Well by Doing Good
Share this