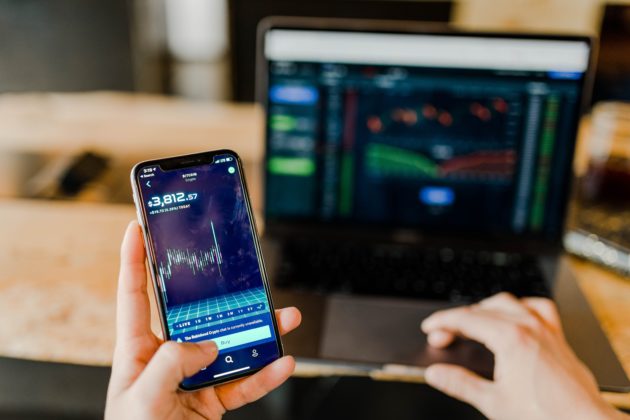 Bitcoin is a hedge in a deflationary cycle, said billionaire venture capitalist Chamath Palihapitiya in a Tuesday morning interview with CNBC. The Virgin Galactic chairman and Social Capital CEO commended the cryptocurrency for its lack of correlation with traditional markets. He further cited Paul Tudor Jones, a billionaire hedge fund manager, for taking a similar safe-haven call regarding Bitcoin. ‘Buy Bitcoin‘ is emerging as the mantra against the ongoing global financial crisis. The latest to join the cryptocurrency bandwagon is Chamath Palihapitiya, a billionaire venture capitalist with a history of investments in startups that Google and Microsoft would later acquire. The Social Capital CEO was appearing on a CNBC daily to speak about the vast disconnect between a suffering economy and a cheering stock and bond market. “We have completely divorced the economy from the stock and the bond markets,” Social Capital CEO Chamath Palihapitiya says. “The Fed has been the principal agent of that obfuscation.” https://t.co/5jHjdz1V1L pic.twitter.com/Mq9uztM0V1 — CNBC (@CNBC) May 12, 2020 Before mentioning Bitcoin, Palihapitiya criticized the U.S. Federal Reserve for launching a stimulus package that helped to inflate assets instead of helping taxpayers and consumers. He added that the central bank’s move neither solved income disparity nor unemployment. What it did was allowing a few entities to play the financial markets to make more money. The conversation shifted to the deflationary aspects of the Fed’s stimulus. While Palihapitiya praised the Fed’s efforts to protect the U.S. economy amidst the coronavirus pandemic, he warned that the central bank’s decision to purchase corporate debt ETFs and balloon its balance sheets further could quicken “a really bad deflationary supercycle.” Bitcoin When the question about where investors should put their capital as the economy shrinks popped, Palihapitiya recommended Bitcoin. The veteran praised the cryptocurrency for its lack of correlation with other traditional assets. He suggested that the feature alone could help investors obtain insurance against a deflating economy, citing Paul Tudor Jones, the founder & CEO of a $22 billion hedge fund, for taking a similar approach. “Now all of a sudden even he is looking at bitcoin and the reason is [that] we are in this massive deflationary cycle,” said Palihapitiya. “I still struggle to find anything that is as uncorrelated to anything and to everything else than bitcoin.” Adoption on Wall Street Tudor Jones, on Monday, had told CNBC that he is holding about 1-2 percent of his net portfolio in the Bitcoin futures. The billionaire investor, like Palihapitiya, commended the cryptocurrency for behaving as an insurance against the Fed’s massive money printing. There can be only 21 million Bitcoin ever in existence, according to a pre-programmed supply cap inscribed in its source code. Meanwhile, the rate at which the new bitcoin units are mined reduces by half after every four years. The third of such events in the cryptocurrency’s 11-year history took place on May 11. That theoretically makes Bitcoin a better asset than national currencies under the risks of infinite supply. Investors involved in the cryptocurrency sector cited Bitcoin’s massive price booms after the previous two supply rate cut, or “halving,” noting the same could happen after the third event. “In this time where governments are printing large amounts of money, the rate of new bitcoins will keep going down,” Muneeb Ali, co-founder of Blockstack, told CNN. “But the demand for bitcoins has increased.” The narrative has turned even one of the leading Bitcoin skeptics into a believer. Banking giant JP Morgan, whose chief Jamie Dimon called the cryptocurrency a “fraud” back in 2017, on Tuesday accepted two major U.S. crypto firms as its clients. Source: Barry Silbert That has paved a new way for Bitcoin to seek clients on Wall Street. Photo by Austin Distel on Unsplash
source: bitcoinist.net
bitcoinist.net bitcoin bitcoin btcusd btcusdt cryptocurrency xbtusd
Latest Posts