We landed here in Vegas on Sunday afternoon and geared up for an action-packed week of reporting from the annual Consumer Electronics Show.

First stop: CES Unveiled, a media expo of sorts where more than 100 companies from around the world demo their products before CES opens to the public.

The preview event is mostly small startups pitching technology that is typically far-fetched, at least for now. But that’s sort of the point of CES — a glimpse of a potential future where technology integrates with our life in places and scenarios barely imaginable.

Here’s a quick recap of the products and services that caught our attention — for better or worse. 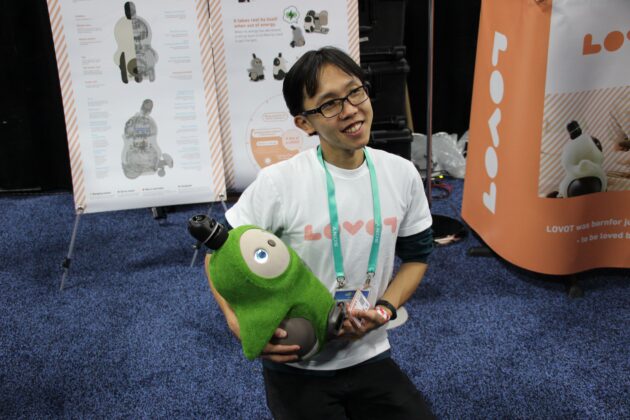 Some people in Japan are finding comfort in robot companion dogs. So it wasn’t a total surprise to see Tokyo-based Groove X showing off its Lovot robot pals at Unveiled.

These furry little creatures are packed with tech — 50 sensors, a 360-degree half-sphere camera, a microphone, a thermal camera that distinguishes humans from objects. It all helps Lovot act more like a human. The robot even recognizes stimulation — it laughs when tickled, or is happy when caressed. The cutest part is that Groove X makes various outfits for Lovot, which went on sale for nearly $3,000 last month in Japan. 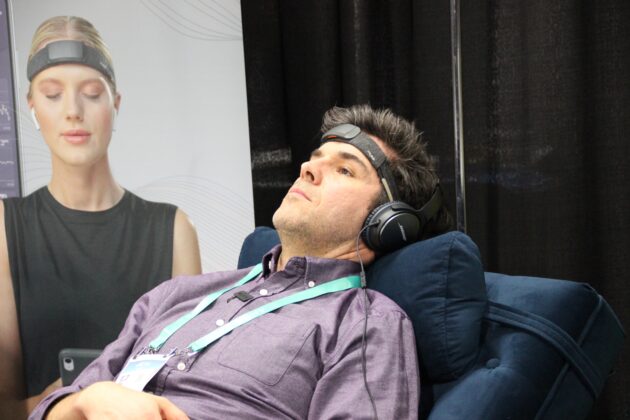 Can tech help you meditate? Smartphone apps such as Calm are popular, but what about hardware?

Cat owners who don’t like cleaning the litter might like what iKuddle has to offer. With a press of a button on the device itself or via an accompanying app, the tech-fueled litter cleans itself, automatically separating waste into a small bag that you can discard. It also features a deodorizing system. iKuddle raised more than $1 million in a Kickstarter campaign last year. 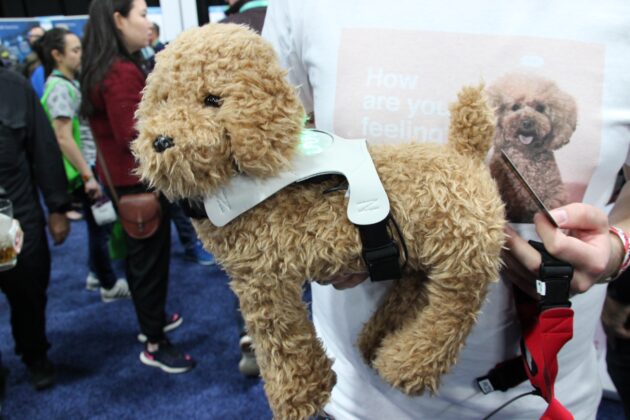 This is straight out of Dr. Dolittle. Japan-based Langualess has developed Inupathy, a device worn by animals that is able to analyze their feelings based on heart rate. The hardware shines five colors that demonstrate different emotions: relaxed, excited, happy, interested, or stressed. “This product will give you new awareness about daily small messages from your dog such as joy and stress as well as deepen mutual understanding and love,” the company’s website reads. 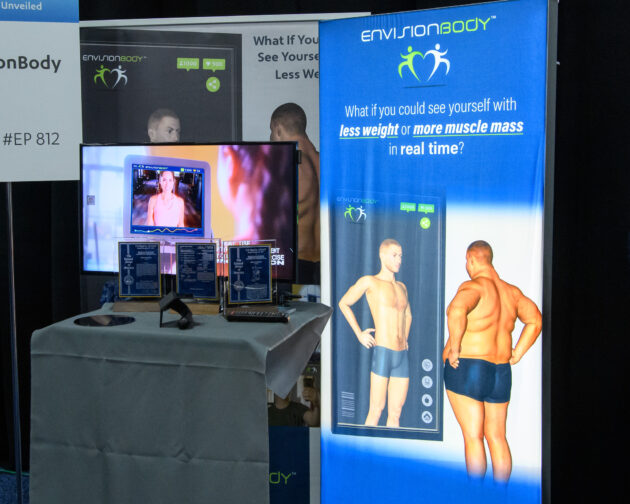 Well, this is certainly one way to get motivated. EnvisionBody uses augmented reality to show people what they would look like with less weight or more muscle mass. The company definitely had one of the most noticeable posters at Unveiled. 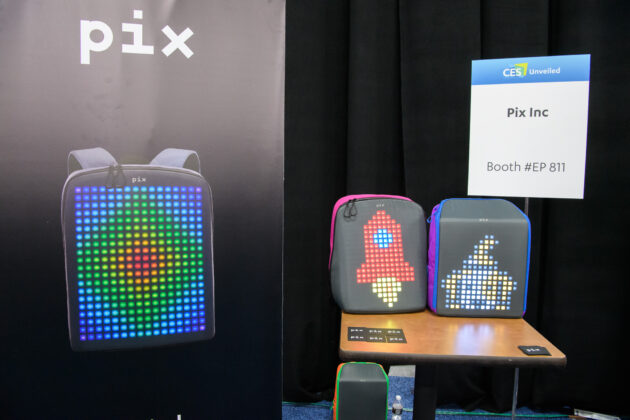 This one wasn’t really crazy, but rather a novel idea that we thought could catch on with consumers, particularly younger ones. Pix, based in Walnut, Cailf., sells LED backpacks that display images, animations, widgets, and games. The backpacks sync with a smartphone app. Beyond looking cool, it can also serve other use cases such as staying visible in crowded places or during night, for example. Pix sells for $259.