This post is long overdue, but I have been so busy lately that I didn't have the time to sit down and write it in the past few weeks. What have I been busy with? Let's start with this event, that happened back in March: 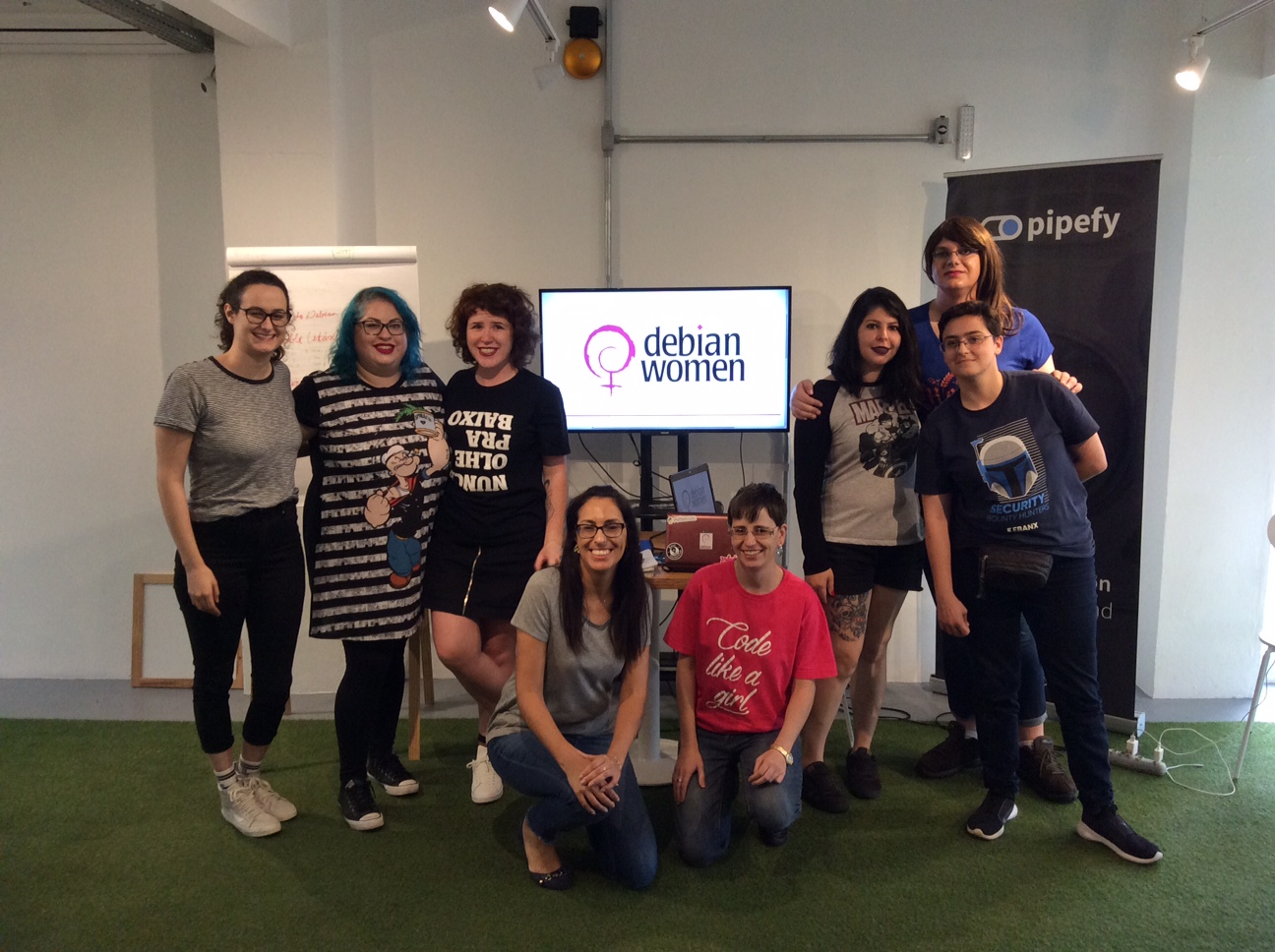 At MiniDebConf Curitiba last year, few women attended. And, as I mentioned on a previous post, there was not even a single women speaking at MiniDebConf last year.

I didn't want MiniDebConf Curitiba 2018 to be a repeat of last year. Why? In part, because I have involved in other tech communities and I know it doesn't have to be like that (unless, of course, the community insists in being mysoginistic...).

So I came up with the idea of having a meeting for women in Curitiba one month before MiniDebConf. The main goal was to create a good enviroment for women to talk about Debian, whether they had used GNU/Linux before or not, whether they were programmers or not.

Miriam and Kira, two other women from the state of Parana interested in Debian, came along and helped out with planning. We used a collaborative pad to organize the tasks and activities and to create the text for the folder about Debian we had printed (based on Debian's documentation).

For the final version of the folder, it's important to acknowledge the help Luciana gave us, all the way from Minas Gerais. She collaborated with the translations, reviewed the texts and fixed the layout. 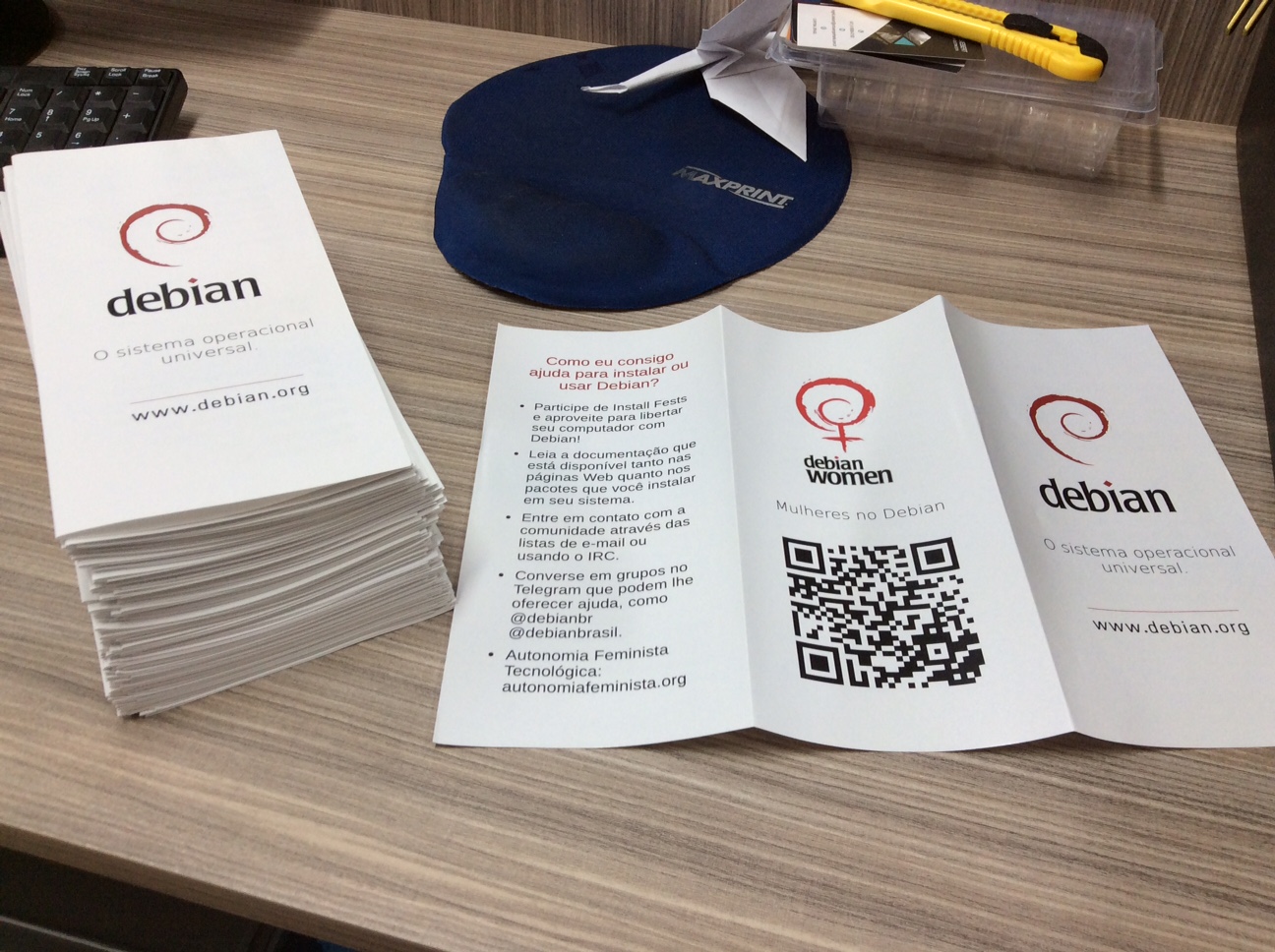 The final odg file, in Portuguese, can be downloaded here: folder_debian_30cm.odg

Very quickly, because we had so little time (we settled on a date and a place a little over one month before the meeting), I created a web page and put it online the only way I could at that moment, using Github Pages. https://debianwomenbr.github.io

We used Mate Hackers' instance of nos.vc to register for the meeting, simply because we had to plan accordingly. This was the address for registration: https://encontros.matehackers.org/pt/projects/60-encontro-debian-women

Through the Training Center, a Brazilian tech community, we got to Lucio, who works at Pipefy and offered us the space so we could hold the meeting. Thank you, Lucio, Training Center and Pipefy!

Because Miriam and I weren't in Curitiba, we had to focus the promotion of this meeting online. Not the ideal when someone wants to be truly inclusive, but we worked with the resources we had. We reached out to TechLadies and invited them - as we did with many other groups.

This was our schedule:

14:30 - Internships with Debian - Outreachy and Google Summer of Code

16:00 - Editing the Debian wiki to register this meeting https://wiki.debian.org/DebianWomen/History

Take outs from the meeting:

Pictures from the meeting: 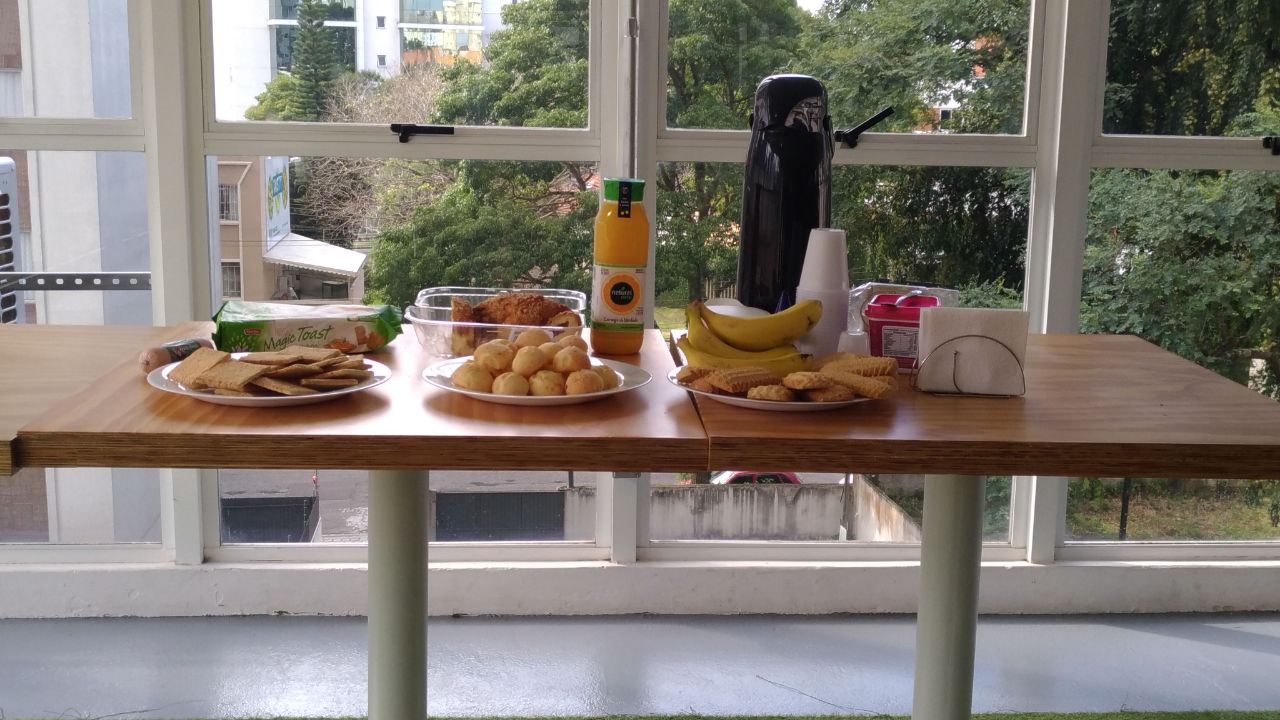 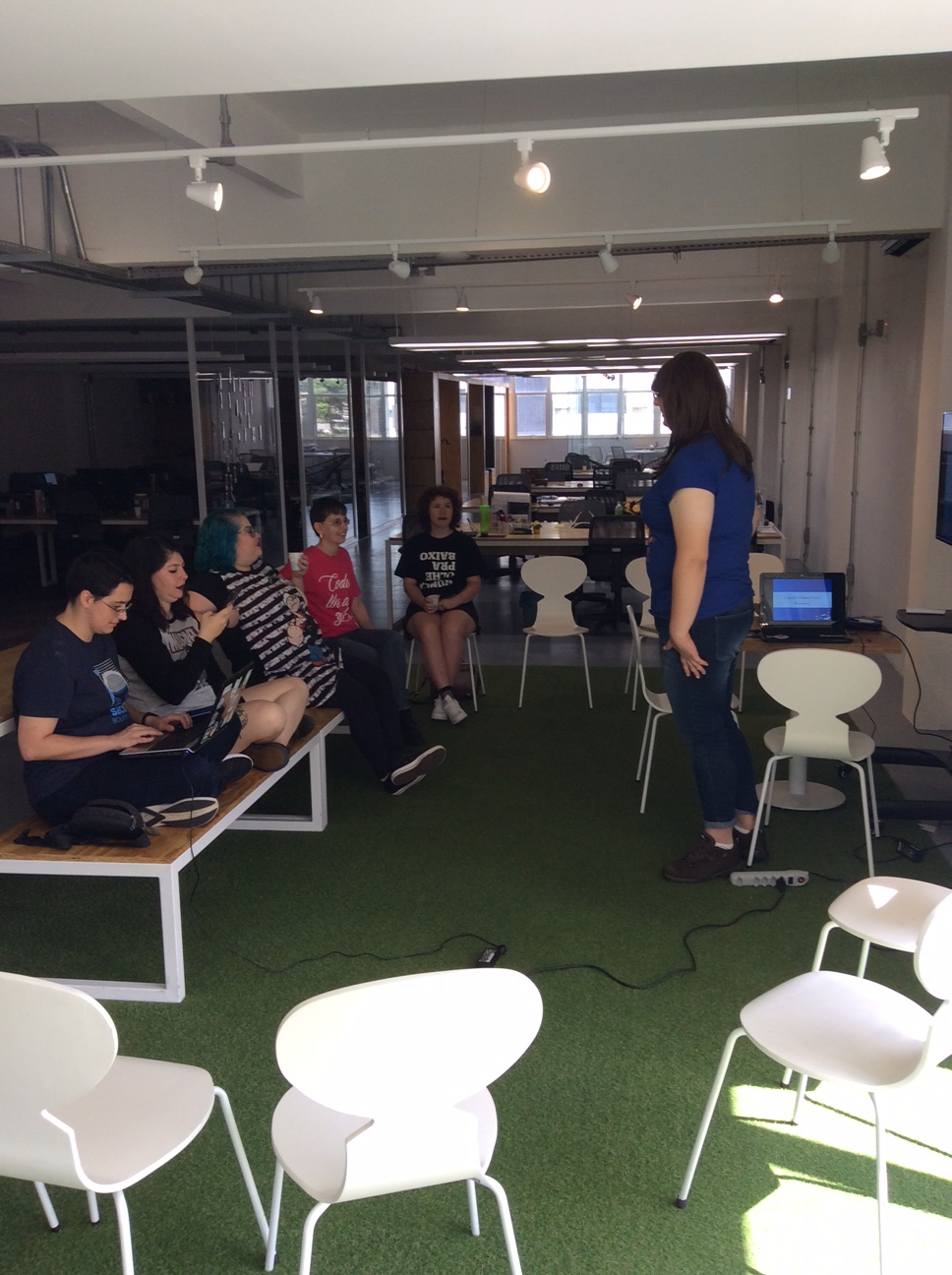 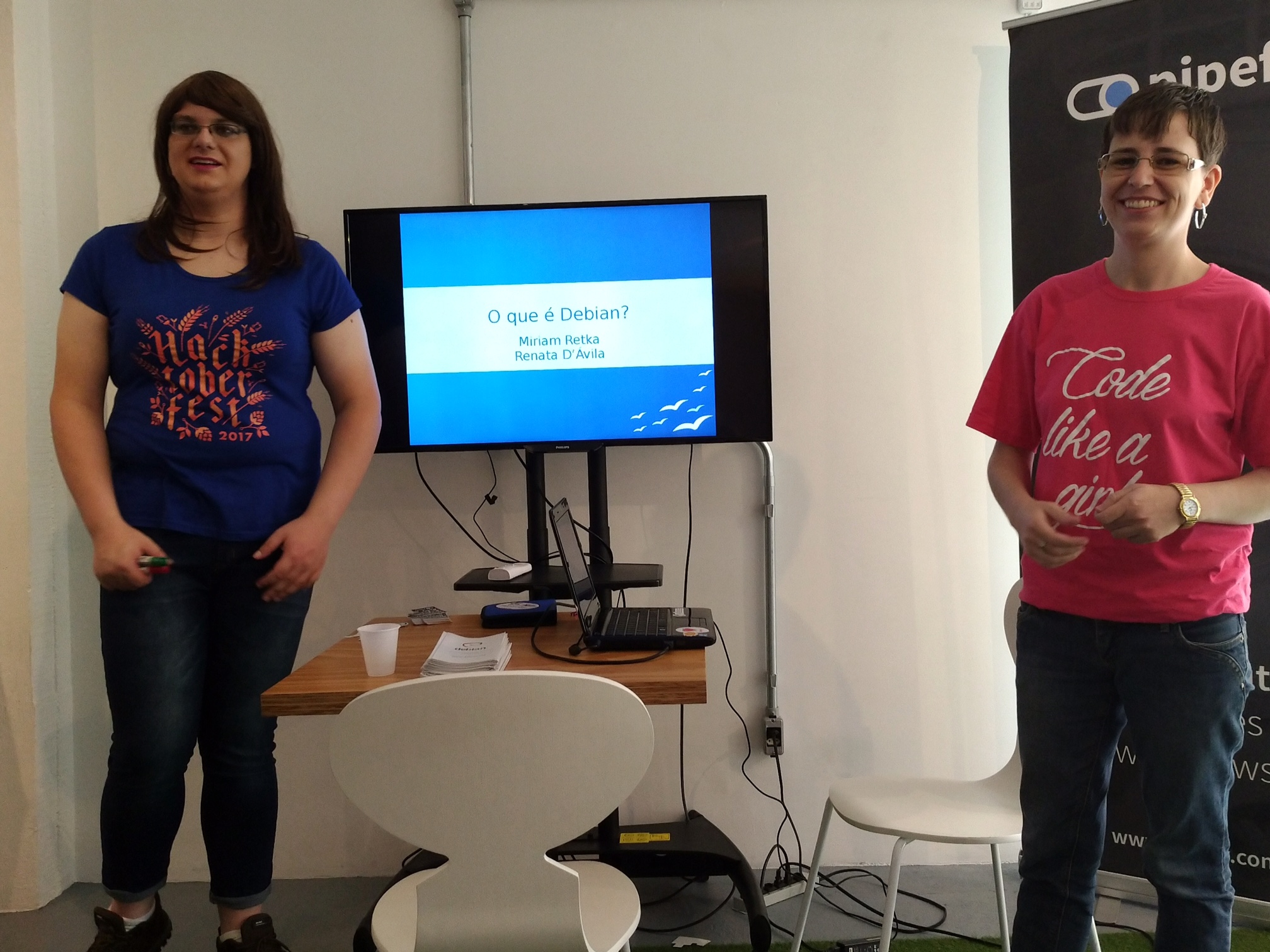 Miriam and Renata's talk: What is Debian? 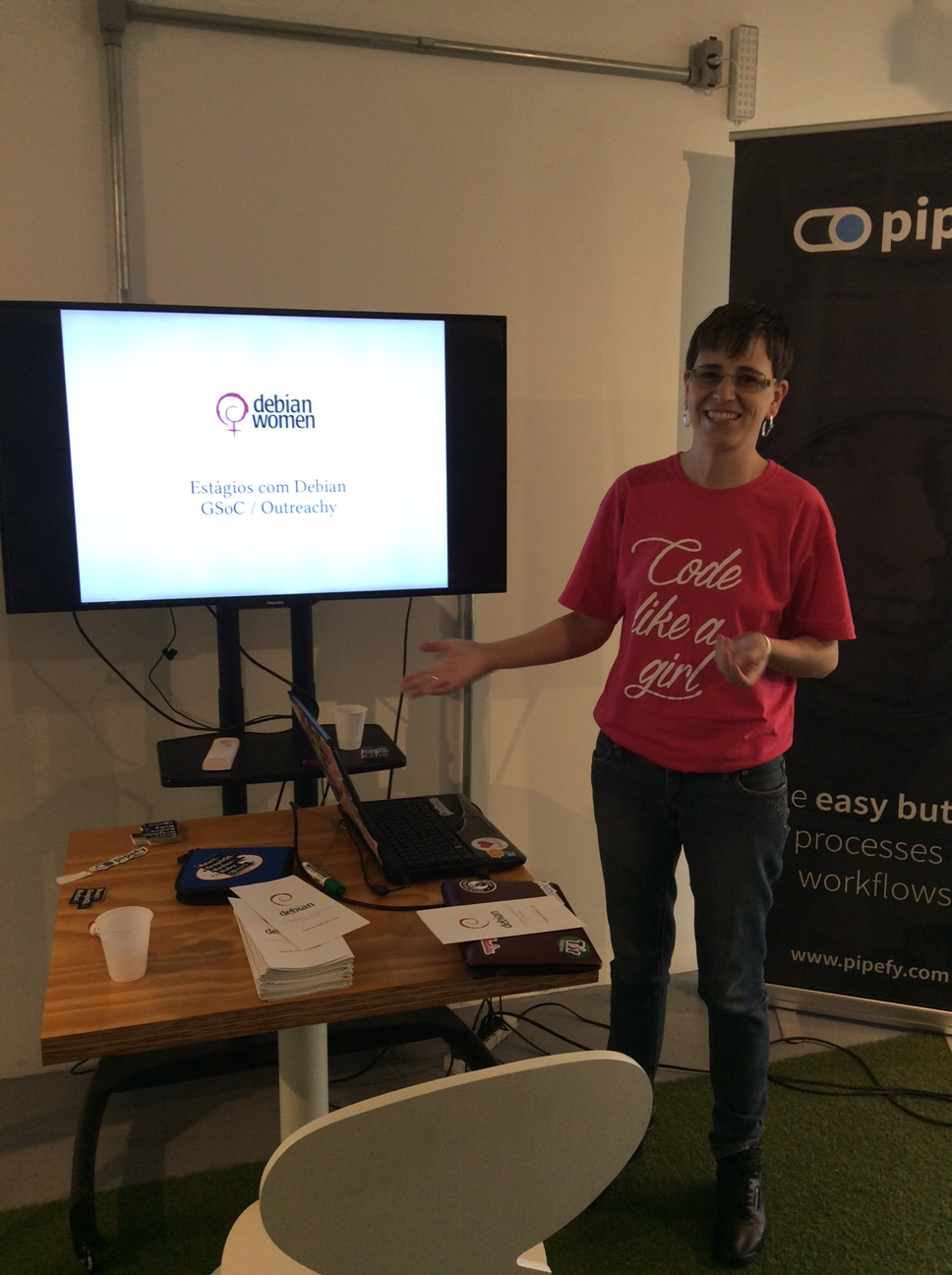 Renata talking about internships with Debian

Thank you to all the women who participated! 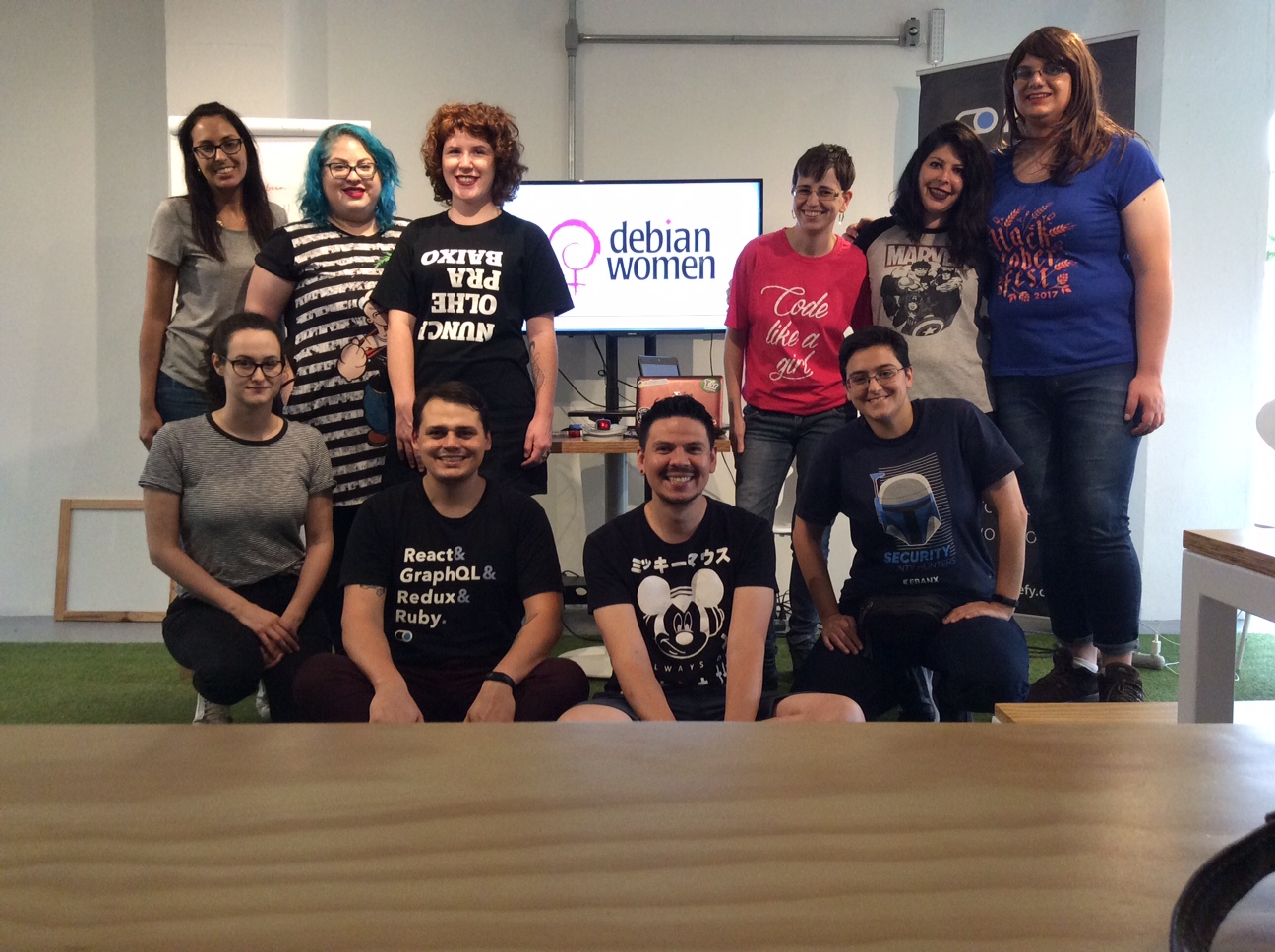 And to our lovely staff. Thank you, Lucio, for getting us the space and thank you, Pipefy!

This has been partly documented at Debian Wiki (DebianWomen/History) because the very next day after this meeting, Debian Wiki completely blocked ProtonVPN from even accessing the Wiki. Awesome. If anyone is able to, feel free to copy/paste any of this text there.