I've had some reading disappointments in recent weeks, books that have started well and lost my interest after about seventy pages, but plenty more that have keep me going to the last page and given me much to think about beyond. Here are three of them. 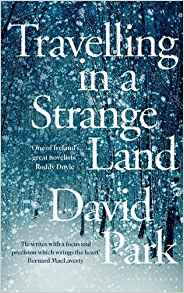 David Park has been on the edge of my reading radar for years, though never quite made it into the mix until now and this book.

Tom and Lorna's son Luke is studying at Sunderland University when he is taken ill a few days before Christmas and the weather takes a turn for the worse too. Heavy snow shuts down airports and Tom makes the decision to drive from the family home in Dublin to pick him up. As always the snow does its job, muffling, disrupting and cloaking secrets.

Something awful has happened in the past but the question is what.

Plagued by the past and by his undisclosed actions Tom sets off on the drive to the ferry and then across the north of England with his guilt, worry and anxiety swirling around in the car to the backdrop of his chosen music...Neil Young, Van Morrison et al. The reveal is slow and gradual. To the fore is the helplessness of the parent in the face of the child who won't be helped, Tom desperate to please, clutching at any straw, knowing he could blow any chance he might have with his over-enthusiasm.

...and I won't breath another word for fear of spoiling, but a book that has levered me nicely into David Park's writing and I shall be reading more. 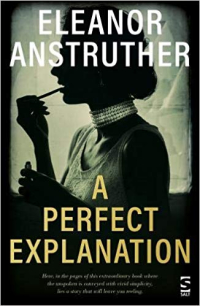 There’s nothing quite so delicious as a book that delves into the foibles of the aristocracy, especially when it is by a member of the family and I revelled heartily in this one. In her debut novel Eleanor Anstruther addresses what might best be described as the skeleton in the family closet as she explores the life of Enid Campbell, granddaughter of the 8th Duke of Argyll. As primogeniture shifts Enid's family ever further from the family seat it is a very tangled web that will lead Enid to sell her son to her sister for £500.

The book is both a revelation but also deeply poignant as mental illness estranges Enid and her options narrow,

'She tried to mother, she really did, but it always felt like she was stabbing at something she couldn't fully see...'

Using letters and archival evidence, and acknowledging her debt to her father 'for giving me this story in the first place', Eleanor Anstruther has explored her subject with objectivity laced with compassion. It's hard not to feel desperate sorrow for Enid, and for a family floundering in the face of something they couldn't bring themselves to accept nor understand. 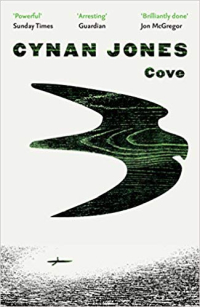 I like Cynan Jones, he writes excellent, concise, to-the-point books that punch well above their weight. No chance of putting this one down once I had started it. I read it in one breathless go...breathless because it was so tense I don't think I breathed throughout the ninety-five pages.

A pregnant woman walks on a beach and finds a doll...

A boat pulls up on the shore looking for a missing child...

A man sets off in a kayak with his father's ashes on board to scatter at sea. He has not told his pregnant wife he is going, and when he is struck by lightning far out to see and loses both his memory and his paddle it's clear he's in trouble.

Short paragraphs of intense economic prose. Not a wasted word, events like saline, distilled to its essence, moments arcing across to each other, glimmers of connections and always within tantalising sight of land.

And then there's the ending..

Not a word more but I am still thinking about it. Some books, for all their brevity, leave a very deep footprint in the imagination and this is absolutely one of them.

What are you reading now...

Any good reads to report since the last time...

We all have notebooks at the ready...