But their existence is still a big deal.

The biggest tech companies started publishing diversity and inclusion reports about 6 years ago, but the last few years have shown some stubborn patterns.

At Google and Microsoft, for example, the percentage of black and Hispanic workers didn’t even increase by a percentage point between 2014 and 2019.

Here’s a look at how diversity at a few big companies lags behind national averages: 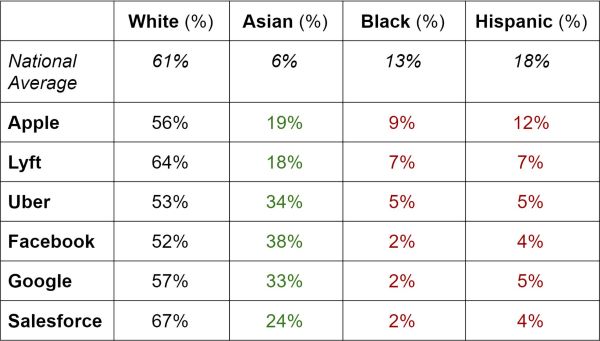 (Data from a The Center for Investigative Reporting report; Statista)

The public reporting of these figures is an important step toward creating more diverse workplaces.

Employers and investors are also realizing that increasing diversity can be good for business.

The post About those diversity and inclusion reports: They aren’t pretty appeared first on The Hustle.

LaptrinhX
—
About those diversity and inclusion reports: They aren’t pretty
Share this