The digital financial services company Alpian, incubated by the Swiss banking group REYL, today announced a successful Series B funding worth around USD18 million (CHF16.9 million). The fundraising follows the Series A round in 2020 in which CHF12.2 million was raised.

The company’s latest funding will allow Alpian to finalise the development of its digital offering tailored for the mass affluent population, individuals with investible assets between CHF100,000 and 1,000,000, and ensure that all operations are in place to achieve a successful launch, subject to regulatory approval.

The offering combines cutting edge technology with investment advisors to create tailored investment portfolios aligned to personal preferences aimed at delivering a unique experience to each client based on their concept of wealth. Payment services will also be offered to meet everyday banking needs. 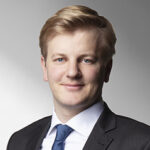 “While the Series A fundraising was conducted to build the digital bank, the Series B fundraising is intended to be principally used to launch the bank in the Swiss market, subject to the issuance of a full banking licence by FINMA.” 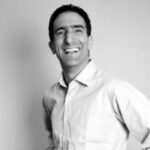 Pasha Bakhtiar, Alpian board member and partner at REYL, said:

“This exceptional milestone is a strong testament to the talent and execution capabilities of the Alpian management team and the innovative mindset championed by Reyl & Cie. We are particularly proud that this incubated idea has flourished into a blooming company and has attracted broad investor interest as well as support from our strategic partner ISP-Fideuram.”