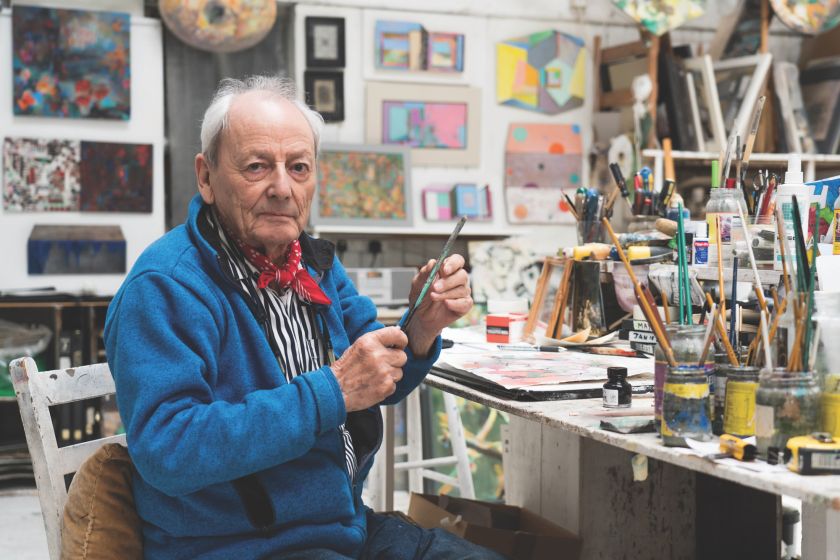 Considered to be "a slow artist for a fast-moving world", Anthony Whishaw RA is to celebrate his 90th year with a new book and Kickstarter campaign, starting this month, followed by an exhibition at the Royal Academy of Arts in February.

One of the original artists of the Kensington and Chelsea art scene during the 1950s and 60s – once a hotbed for London creativity – Whishaw's work has the rare ability to shift effortlessly between abstract and figurative works. Yet the sheer variety of themes depicted makes it difficult to attribute it to any specific movement or style.

For over 70 years, Whishaw has lived and worked in the same home and studio, based in the heart of Kensington. Purchased in 1957 with his wife and fellow artist, Jean Gibson, the couple raised two daughters, Zoe and Phoebe, there. In this respect, they championed the idea of 'live-work spaces' long before it became the fashionable concept it is today.

While rising property prices during the 1960s forced many of the city’s artists to flee West London, Whishaw stayed, quietly continuing his work. He is now one of the few artists from the original scene still in residence in the Royal Borough.

Whishaw studied at the prestigious Chelsea School of Art and the Royal College of Art in the mid-1950s. In 1960, recognition came when the young artist appeared on the pioneering BBC TV arts programme Monitor, which featured rising stars of the day such as Melvin Bragg, John Berger and Ken Russell.

Over 70 years, Whishaw has exhibited throughout the UK and internationally. Among other achievements, some of his most significant career highlights include being elected as a Royal Academician in 1980, one of the highest accolades for any living artist, and a major exhibition in 1994 at The Barbican Centre.

Whishaw epitomises the idea of a quiet artist working in his studio day in, day out, completely undistracted. He has been known to work on drawings and paintings for decades.

In a world where art grabs headlines, and the likes of Grayson Perry, Banksy and Tracy Emin have become celebrities as they are artists, Anthony Whishaw is an increasingly rare kind of artist.

His new book Works on Paper covers many aspects of his life: from his early figurative works and landscapes influenced by his time in Spain to his abstract interiors and observations of nature. Written by author Richard Davey and published by Beam Editions, the book will be the first time many of these works have been seen. We were lucky to grab a few minutes with Whishaw to talk more about his career so far.

Do you think it's more challenging to be an artist these days or does technology make it easier to make a name for yourself?

Being an artist has always been, and always will be, challenging as it requires a lot of commitment. The hardest thing for an artist is to create something unique.

While technology does help in allowing work to be more easily accessible, in the end, the work has to stand up to scrutiny; ideas have to be original and keenly thought through. No matter how fancy the technology becomes, the art form has to have integrity and depth if it is to have any longevity.

I’m not particularly well versed in how technology works as I’m of the older generation; though I realise that it can help your work to be more widely seen. I did have a website long before many other artists (my first one was created 15 years ago), but I have to credit my daughter Zoe for that. 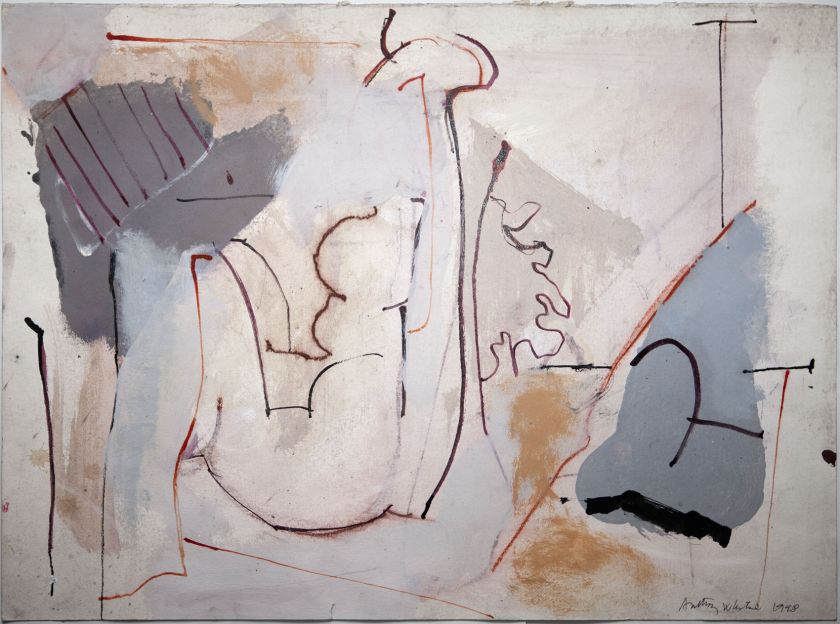 What have been the most significant changes in your own life? How have they informed your art today?

Many things inform one’s work throughout life. These can be small experiences or major life events. Perhaps the first big change in my life was being brought over to the UK from Brazil at the age of 9 to go to school. While being born in London, my father worked in Sao Paolo, but with the outbreak of the war, I was evacuated to Cornwall, where I started to enjoy drawing.

Being awarded scholarships from the Royal College of Art and the Spanish Government enabled me to travel to Spain and gave me the confidence to be an artist in my own right rather than relying on the structure of art school. It was while living in Spain that I became influenced by the visual experiences of the country and fascinated by Spanish art, in particular, Goya, Picasso and Velazquez. A box of ideas, thoughts and experiences opened up, which has informed much of my work until today.

My marriage to sculptor Jean Gibson and the birth of my two daughters has led to many works with women, mothers and daughters as subjects.

Spending time in the Kent countryside from the early 1970s up until today opened up a window to nature and allowed me to feel very much in touch with the natural world. It led to many works relating to the landscape and forces of nature. 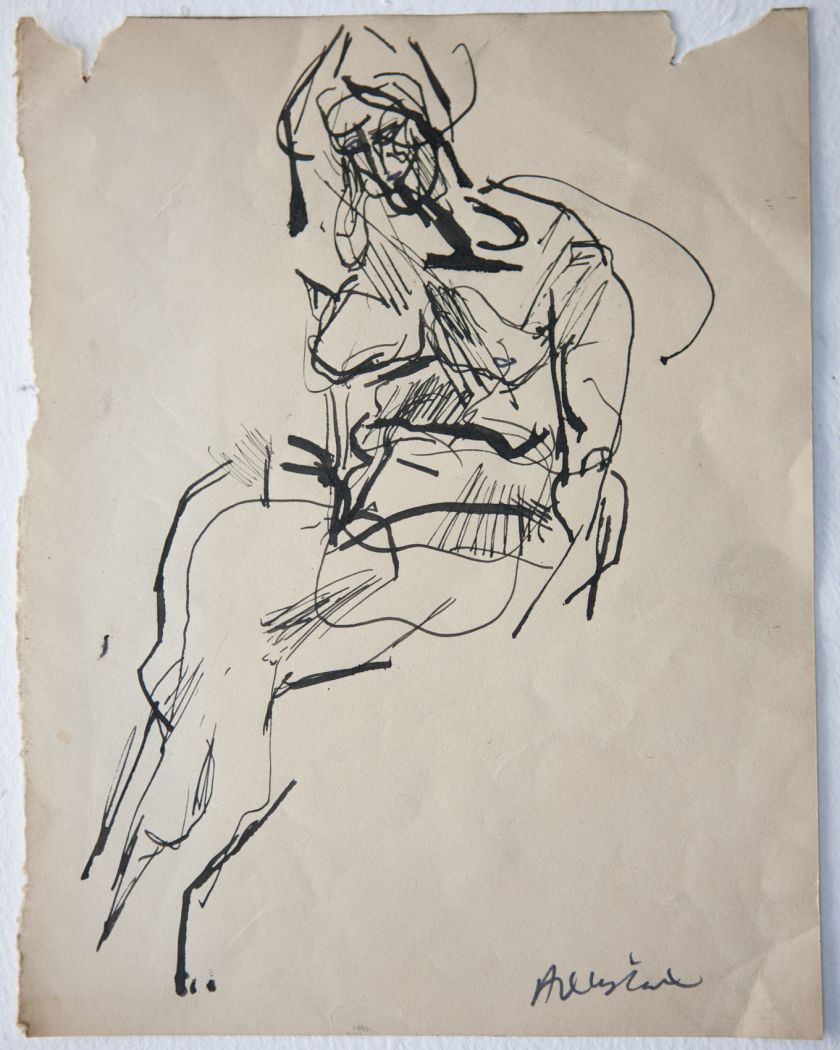 How has your work developed over the years?

That’s a difficult question to answer. My work has taken many directions and different lines of enquiry. Often which overlap, as I can work on the same piece for many years and work on as many as 50 works concurrently.

A very significant development came when I discovered acrylic paint in the early 1970s, which lead to my abandonment of oil. I enjoyed experimenting with the possibilities of the paint sinking into the canvas as well as working on several at the same time as it dries so quickly. Oil can take months if not longer to dry.

In the 1950s and '60s, a significant body of my work was figurative, observing people and capturing their movement or presence. This could be people dancing, at work, laughing, sleeping, eating, a facial expression or a portrait. Inspired by my time in Spain, I captured the moment of a Picador falling from a horse and the raw energy of a horse running in the tense enclosure of a bullring. Then in the '70s came a different colour palette where I used light blues, pinks and in both abstract landscapes and interiors. Later works have explored subjects of a completely different nature, such as the brain and memory, architecture and the powers of nature. 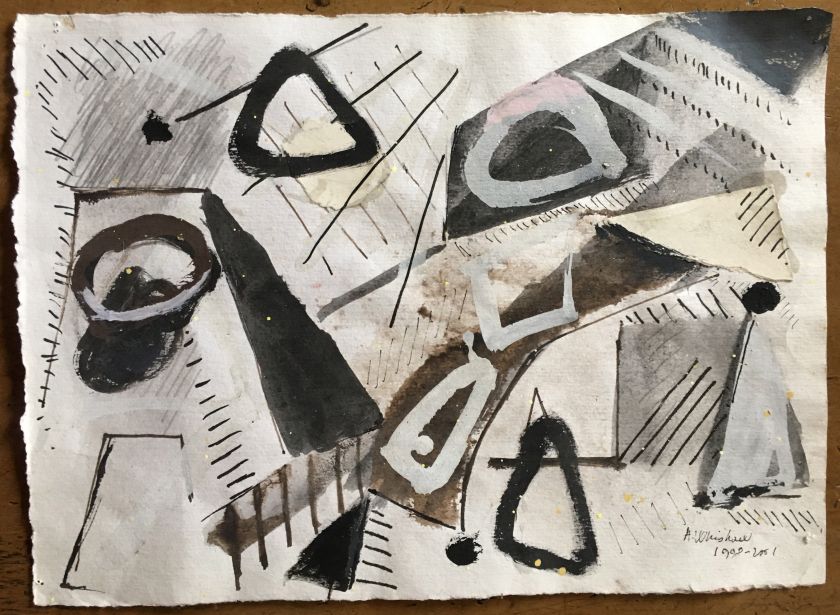 You've always worked from home – long before the concept became popular. How do you stay focused?

Except in the very early years, I have always had a studio away from home – my wife used our home studio to teach in and create her sculpture. It was only since she died in 1991 that I took over the home studio space to work on smaller paintings while also keeping my 1,000 sq ft studio in Bethnal Green where I have worked for over 30 years on my very large paintings.

I stay focused and driven because I’m interested in the paintings; I have a relationship with them, and each and every one puts different demands on me. Since I work on many at the same time, I am always surrounded by unfinished works, so I am in constant demand!

It’s not a question of trying to stay focused – it comes naturally; painting is something I just have to do. I get up early (5.00am is not uncommon) and work through to the evening. BBC Radio 3 helps keep the atmosphere (mostly) serene. My only interruption is a daily siesta after lunch which has become a ritual since living in Spain in the 1950s. 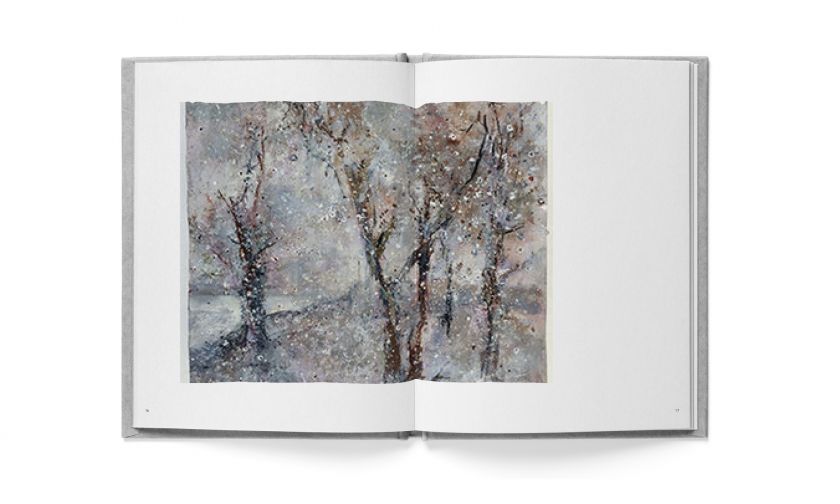 His new book, Works on Paper, which you can support on Kickstarter

What are you most proud of from your career so far?

I’m always striving to produce better work, so I’m not sure there is any particular piece of work that I would mention. I suppose being elected a Royal Academician and having work represented in The Tate, and other collections are the most rewarding for me.

What wisdom can you share to our audience on surviving as an artist for many years?

An artist should always be judged on the quality and ambition of their work.

For me, my paintings keep me breathing and give me the hunger to keep looking. It’s a question of a commitment to all the works themselves – there are so many that are constantly demanding my attention…it’s as if they need me!

LaptrinhX
—
Anthony Whishaw RA on celebrating his 90th year, how he stays focused, and why he just has to paint
Share this