Apple CEO Tim Cook and President Donald Trump this afternoon visited the Texas facility where Apple plans to manufacture some new Mac Pro models, and during the visit, Cook spoke with ABC News about the factory and Apple's new campus opening up in Austin, Texas. 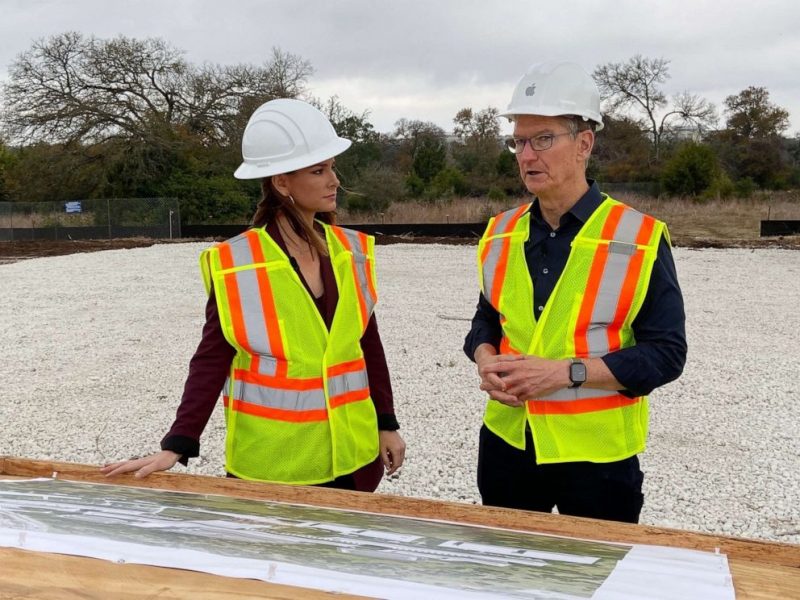 "We are really proud to make the ‌Mac Pro‌ here," said Cook. "This computer is our most powerful computer we've ever made, by far."

When asked why the iPhone is still made in China, Cook said that he believes the "iPhone is made everywhere." Cook also confirmed that while the ‌Mac Pro‌ is being assembled in Texas, there are no plans to begin assembling iPhone models in the United States.

"If you look at the glass of the iPhone, which everybody touches all day long, that glass is made in Kentucky. If you were to take apart the iPhone you would see many of the silicone components that are made in the United States as well," he added. "The iPhone is the product of a global supply chain."

Cook declined to comment on how the next China tariffs could impact the iPhone, restating his hopes that the U.S. and China will come to an agreement.

Cook said that he has no concerns over Apple's relationship with China, though he prays for "everyone's safety" in Hong Kong," and more broadly for dialogue. "I think that good people coming together can decide ways forward," Cook said.

Apple has been facing criticism for pulling the HKLive app from the App Store, which was used by protestors in Hong Kong to share information on police movements. Cook said that despite the criticism, Apple acts the same in China as it does in the United States and Europe.

China, said Cook, has never asked Apple to unlock an iPhone, but the United States has. "And we stood up against that, and said we can't do it," Cook said. "Our privacy commitment is a worldwide one."

Of his efforts to communicate directly with President Donald Trump, Cook said that he doesn't believe in "having people talk on [his] behalf." Cook also said that he's focused on "policies and not politics" and has "full faith" in the American system.

Cook wrapped up the interview with some thoughts on Apple's future investments. "I don't have my eye on anything big," he said. "I have my eye on a lot of interesting small things."

Cook's full ABC News interview can be read over on the ABC News website.

Note: Due to the political nature of the discussion regarding this topic, the discussion thread is located in our Political News forum. All forum members and site visitors are welcome to read and follow the thread, but posting is limited to forum members with at least 100 posts.