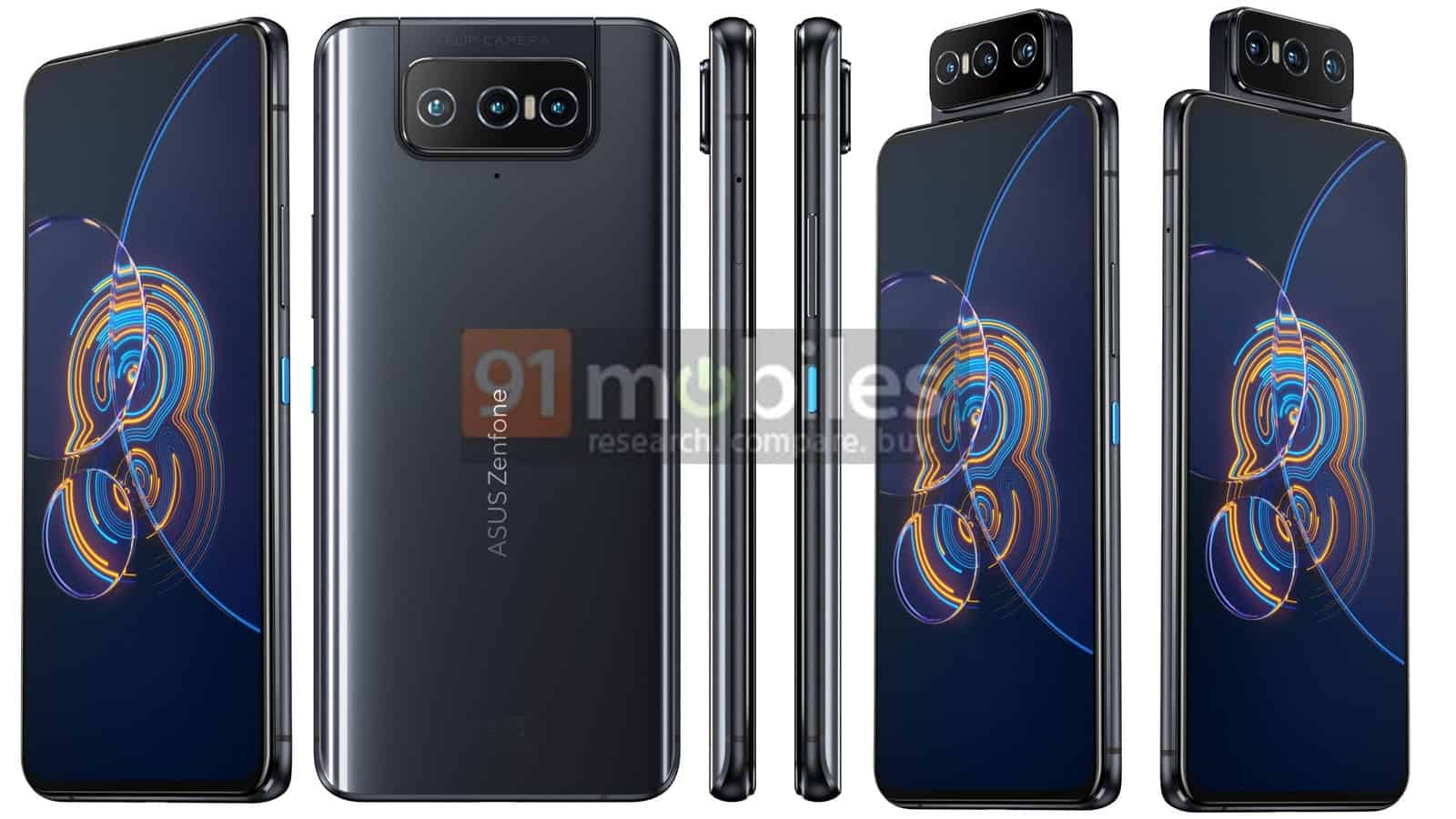 The ASUS ZenFone 8 series is coming on May 12, and a rather major leak just revealed both specs and images of the upcoming phones. This information comes from 91mobiles, as the publication partnered up with Ishan Agarwal, a well-known tipster.

Based on the provided info, ASUS will announce two flagship smartphones on May 12. Those devices are the ZenFone 8 and 8 Flip. The ZenFone 8 Flip will be the larger one of the two, while the ZenFone 8 will essentially be the rumored “Mini” handset.

That camera module will sit in a normal position until you call upon the selfie camera in the camera app. Once that happens, all three cameras that are usually rear-facing, will flip around, and you’ll be able to use them as selfie cameras.

The phone will not include a display notch or hole because of this, while its display will be flat. The bezels will be minimal, and the phone will be made out of metal and glass, it seems. When it comes to specs, the phone is tipped to feature a 6.67-inch fullHD+ AMOLED display with a 90Hz refresh rate. The Snapdragon 888 will allegedly fuel the phone, while it will also be equipped with 8GB of RAM and 256GB of storage.

A 5,000mAh battery was also mentioned, as well as 30W fast charging. We’re presuming this is wired charging, not wireless. A 64-megapixel main camera will be included, along with a 12-megapixel macro lens, and an 8-megapixel telephoto lens. An ultra-wide camera is not a part of the package, it seems. Another tidbit that the source mentioned is support for 8K video recording.

The ZenFone 8 is coming with a 5.92-inch display, Snapdragon 888 & dual camera setup

In regards to the ZenFone 8, well, things are a bit different. That phone will not include a flip camera, it will feature a more regular design. The phone will have thin bezels, a flat display, and a display camera hole in the top-left corner.

There will be two cameras included on its back, and they will be placed in the top-left corner of its back side. The phone will be made out of metal and glass, it seems, like its sibling. 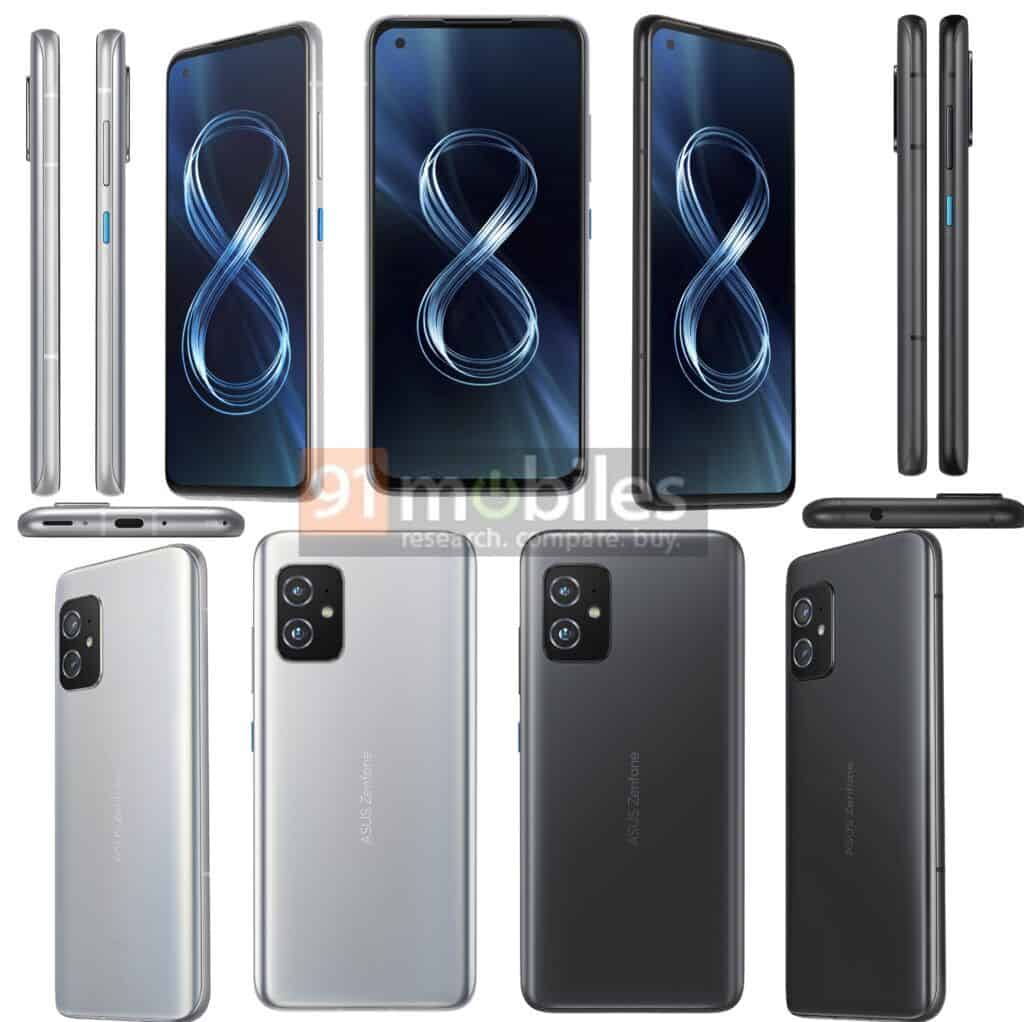 The device is said to feature a 5.92-inch fullHD+ display (we’re not sure if it’s high refresh rate or not). It will also utilize the Snapdragon 888 SoC, along with 8GB of RAM and 128GB of storage. More RAM and storage options are possible, though, the same goes for its sibling.

A 64-megapixel main camera will be backed by a 12-megapixel macro camera. That will, presumably, be the same setup as on the ZenFone 8, but without the telephoto camera. 8K video recording will be possible here as well.