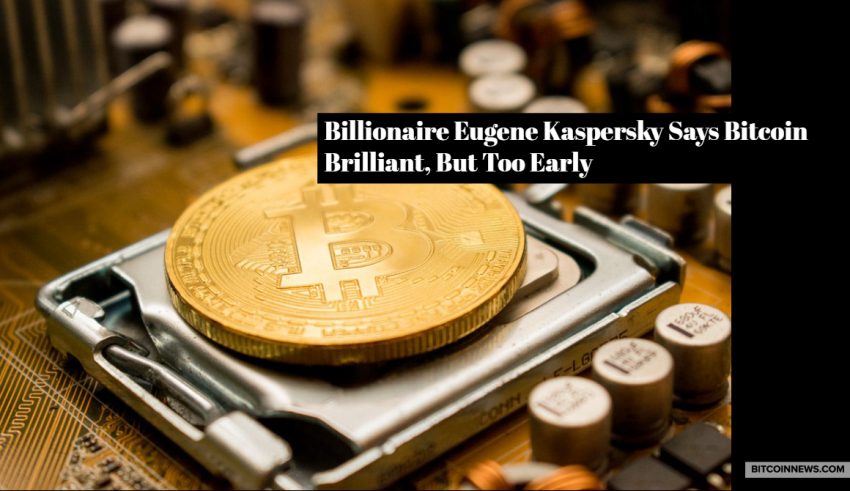 Yevgeny Kaspersky, CEO of Kaspersky Lab, has suggested that although Bitcoin is a “brilliant” innovation, the world is not ready for it yet.

The remarks came in an interview with Arabian Business, a weekly business magazine published in Dubai and focusing on the Middle East. Kaspersky expressed a view that digital currencies would surpass money some day but also that now was not the time. He commented:

“Cryptocurrencies are a great idea, but the world is not ready for them yet. The world must be united if we want to have encrypted currencies. At the moment, governments will want to control them.”

In terms of how long this process might take, Kaspersky maintained it could be anything up to 100 years — a sobering thought for cryptocurrency enthusiasts around the globe. He maintains that a new world order with one central government will be required before this can happen. In this long-term view, Kaspersky sees all money as eventually becoming digital as the use of paper money dies out.

Kaspersky also supports the popular view that cryptocurrency presents a threat to conventional banking and as such will continue to meet strong resistance from within the financial establishment. He argues:

“I am beyond certain that different countries will try to forbid the use of cryptocurrencies because they are beyond their control. Authorities will not pay attention, as long as [cryptocurrencies] do not pose a threat. When they start supplanting national currencies, they will be banned immediately.”

Twitter’s Jack Dorsey has a far more accommodating view, suggesting this time scale is a bit overcooked with Bitcoin becoming the world’s single currency within the next decade:

“[The internet] will want to have a native currency or a currency that’s effectively global and exists on its own territory instead of through the territories of the various nation-states that we have today. I can’t think of anything more exciting than that.”

Want to advertise or get published on BitcoinNews.com? – View our Media Kit PDF here.